Tanushree Sarkar bats at No.4 and delivers her full quota taking a couple of wickets.

The arch-rivals India Emerging Women and Pakistan Emerging Women will lock horns in a key match on Sunday as the winner will qualify to the final. Four days after the scheduled start of the tournament, there was some play across both the venues. India got a 32-run win over the hosts Sri Lanka while Pakistan were stunned by Bangladesh on Saturday. The Pakistan Women came into the competition as the 2nd best side after India. They were bowled out for just 116 runs after Bangladesh posted 181/8 in the restricted 48 overs.

The venue will be surrounded by clouds in the morning before scattered thunderstorms from the afternoon. There is a good chance of drizzles from 1 PM local time.

The Navy Ground in Welisara usually records scores around 200 in the Women’s One-day games. On Saturday, the conditions were way too in favour of the bowlers due to the moisture. Things are expected to get better on Sunday.

Devika Vaidya, Tanushree Sarkar and Sushree Dibyadarshini were among the top performers from India as expected. Tejal Hasabnis played a crucial inning with the bat while TP Kanwar took a 3-wicket haul. Nashra Sandhu and the young leggie Syeda Aroob Shah performed to the expectations and took two wickets apiece.

Tanushree Sarkar bats at No.4 and delivers her full quota taking a couple of wickets. 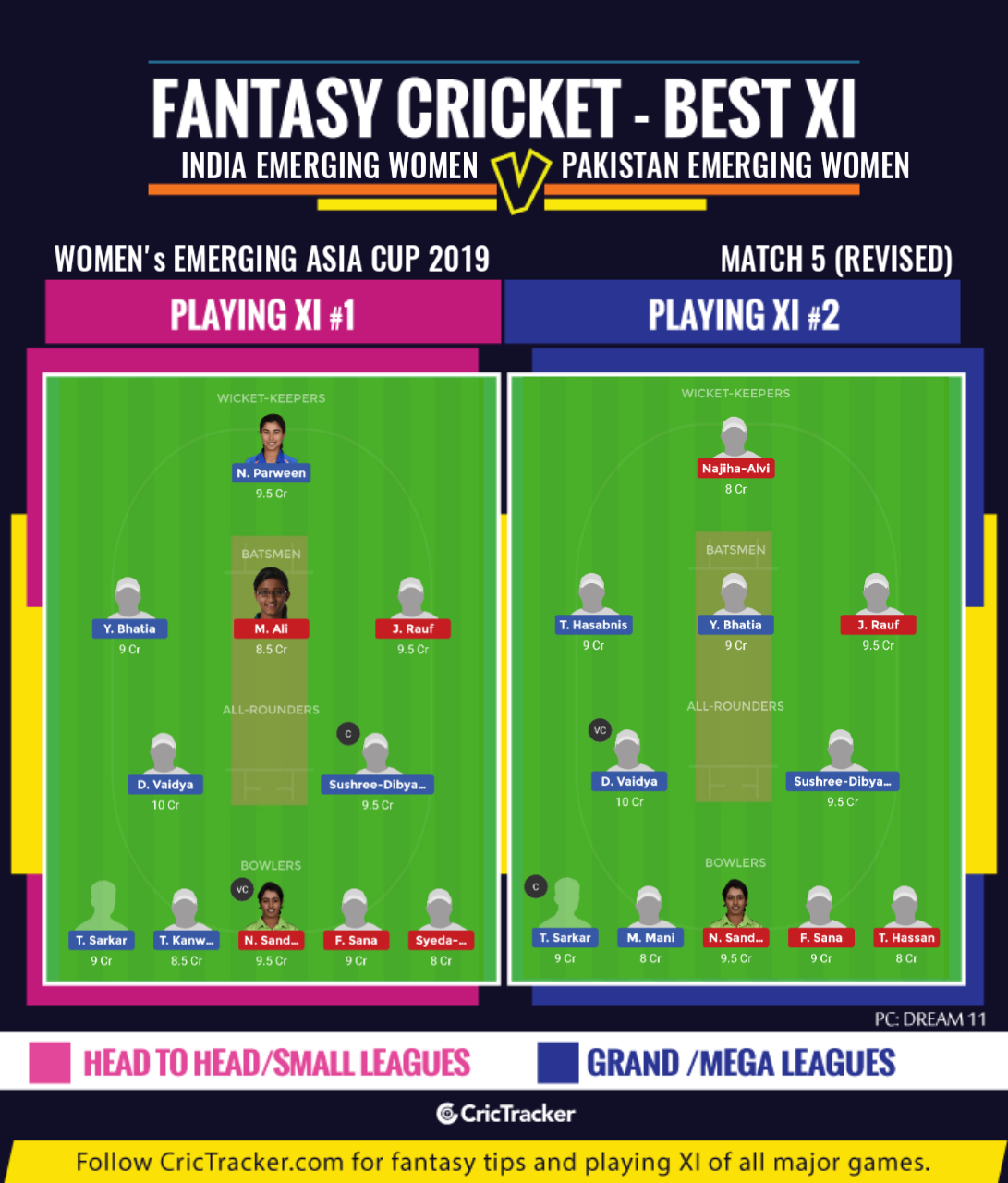 Considering the importance of the game, Pakistan might not make many changes despite the loss. India, on the other hand, could rest their skipper Devika Vaidya who was retired hurt while batting. Vaidya resumed batting and even bowled few overs.

India Emerging Women are expected to win the game and qualify for the final.