Harshitha Madavi scored a fifty and took a wicket in the game against India.

The 6th game (Revised) of the 2019 Women’s Emerging Asia Cup will be played between Sri Lanka Emerging Women and Bangladesh Emerging Women at the R Premadasa International Cricket Stadium in Colombo.

It took quite a while to have the Women’s Emerging Asia Cup get going despite continuous washouts. The tournament finally started off on Saturday where Bangladesh stunned everyone with a 65-run win against the Pakistan team. This win put Bangladesh on the top of points table as India’s win margin over Sri Lanka was only 32 runs. The hosts Sri Lanka will face Bangladesh on Sunday where they would need to win by at least 50-run margin to join India or Pakistan in the final of the tournament.

Sunday is expected to be a cloudy day at the RPS Colombo. The chances of rain start increasing from 1 PM local time which could be a drizzle.

The pitch at the R Premadasa Stadium might have had moisture on Saturday considering the number of wickets went to the pacers during the IND-SL match. The same sort of track could be seen on Sunday for this game between Sri Lanka and Bangladesh.

The experience of Fahima Khatun and Harshitha Madavi will play a key role as it did for the respective teams on Saturday. Hasini Perera, Kavisha Dilhari and Ritu Moni didn’t have best of starts to the tournament but expect them to make a difference in the crucial game on Sunday.

Harshitha Madavi scored a fifty and took a wicket in the game against India. 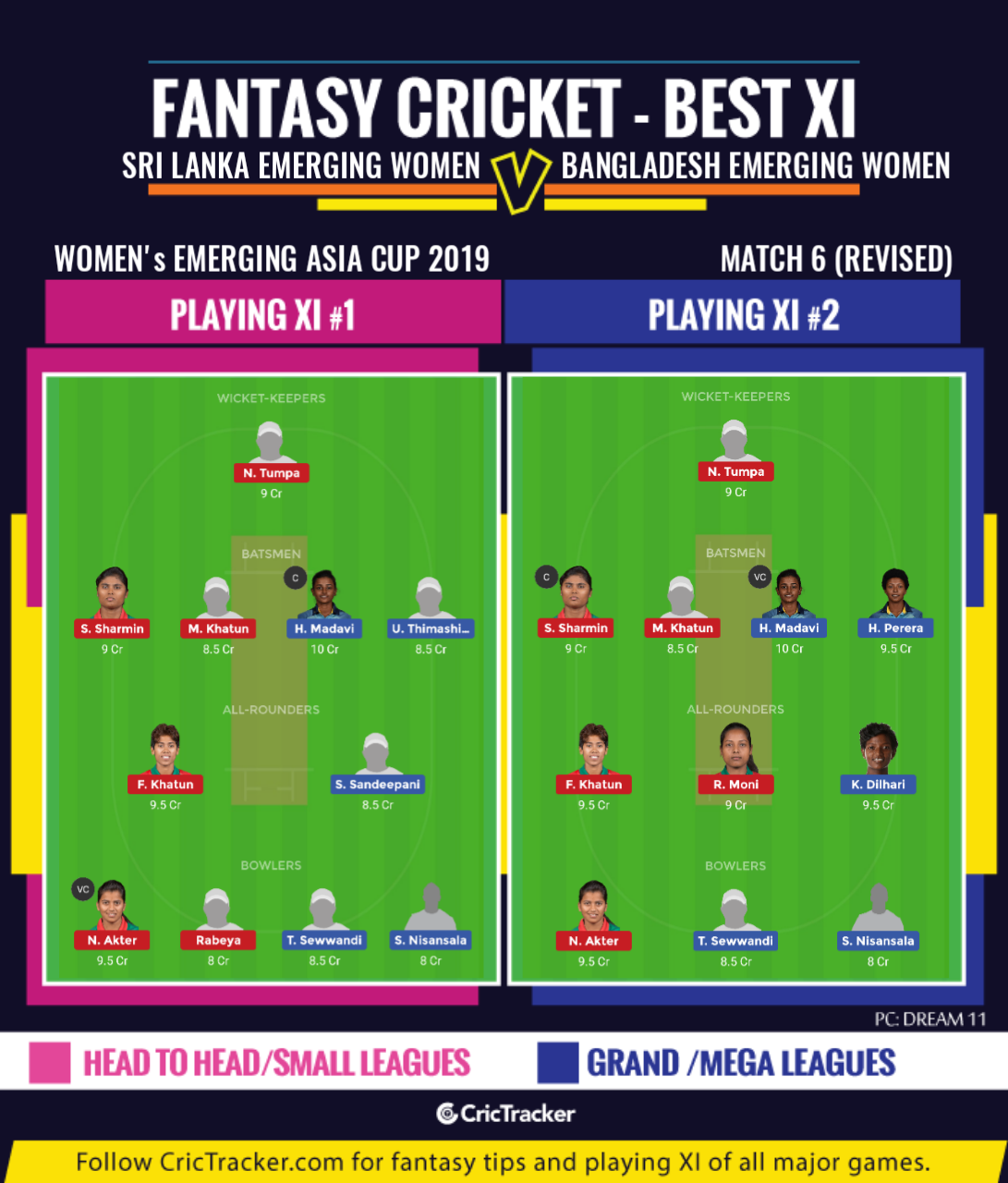 Neither of these two sides is expected to make changes with respect to the result of the matches they were part of on Saturday. This game is a virtual semi-final and the teams might not prefer to experiment.

The home advantage might help the Sri Lanka Emerging Women’s team in this match.