Southern Australia Scorpions Women are expected to win this match.

Southern Australia Scorpions Women are locking horns against the New South Wales Breakers Women in match 15 of the Women’s National Cricket League. It has been an average season so far for the Southern Australia Women, but they have won enough games to sit at the top three in the points table. They have two wins in four games and both the defeats came against the table-toppers. They will be seeking redemption this time to retain their 3rd spot in the points table.

On the other side, New South Wales Women had a slow start in their campaign with two consecutive defeats against Victoria. They have got some world-famous names in the squad, but they are yet to bring out their A-game. Rachael Haynes scored a century in the last match which must have boosted their confidence, and she would like to keep up the momentum and to get her team their first win of this season.

The conditions are expected to be a little hot at the Karen Rolton Oval. The temperature will rise massively in the afternoon from 19 degree Celsius to 26 degree Celsius. There is no chance of rain and the sun will continue to shine throughout the game times.

The pitch at the Karen Rolton Oval continued to be a better pitch to bat on as the game goes on. It had a 100% record for the chasing team last season here. And we are expecting nothing different for this game as well.

Rachael Haynes continued her great form with a century in her last game against the table-toppers. She scored 109 runs in that match. Haynes is averaging 61.33 in the tournament so far.

Ashleigh Gardner has been in great form in the middle order for New South Wales Breakers. She is averaging 45 with the bat.

Lauren Cheatle has four picked up 4 wickets in 3 matches for New South Wales Breakers. She will open the bowling for her side in this game as well.

Tahlia McGrath will open the innings for Southern Australia. She has been in top form with the ball. McGrath has picked up 10 wickets in 4 games this season.

Bridget Patterson played only three games this season and already has a century in her name. She has a magnificent average of over 80. 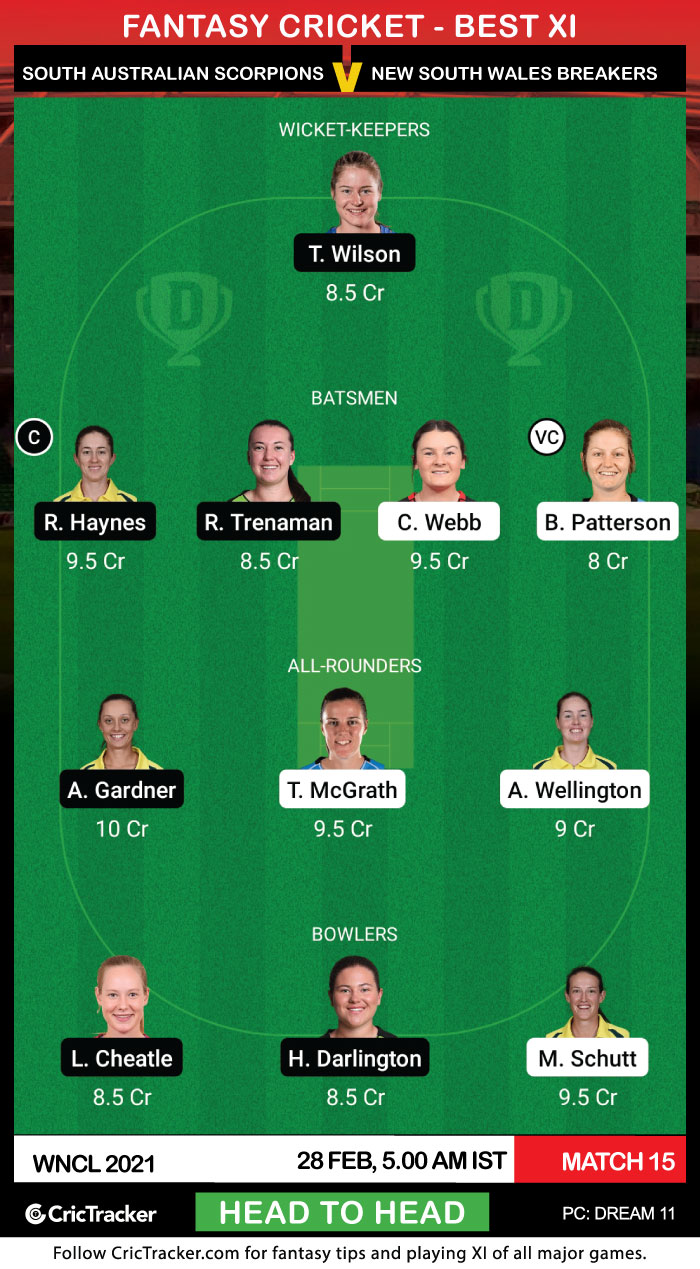 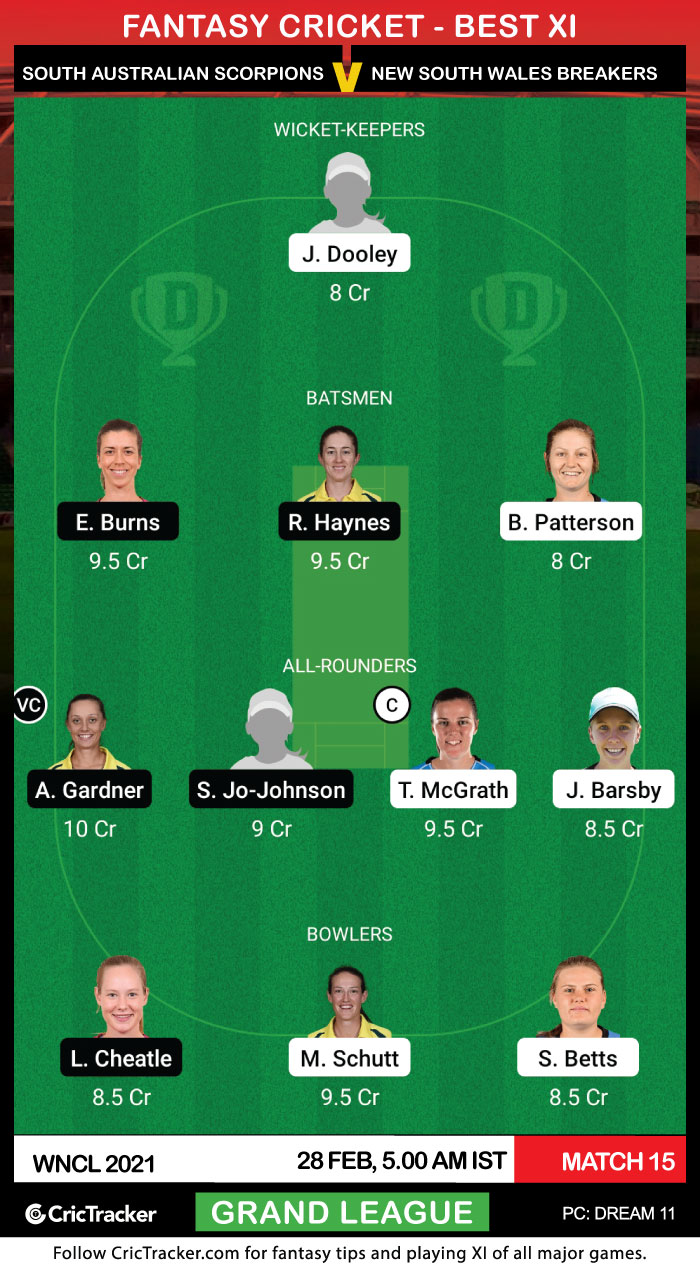 Bridget Patterson remained not out on 78 after opening at the Karen Rolton Oval against the Breakers last season. She was the top-scorer in four of Southern Australia’s last five games at Karen Rolton Oval, including a century and two half-centuries. It is advisable to pick her in your Dream11 Fantasy team.

Southern Australia Scorpions Women are expected to win this match.