Erin Osborne and Madeline Penna are the best options for the captaincy for this game.

The 28th Match of the Women’s National Cricket League 2021 will be played between ACT Meteors and South Australian Scorpions on 21st March at Karen Rolton Oval in Adelaide.

ACT Meteors will take on South Australian Scorpions in the 28th Match of the Women’s National Cricket League 2021 on Sunday. This will be the last league match of this season’s competition in Adelaide. ACT Meteors have won 2 out of 7 matches and placed at the 7th position on the points table. They are already eliminated from the tournament and will be looking to end their campaign with a win.

It’s a must-win game for South Australian Scorpions to remain in contention for the knockouts. However, their qualification mainly depends on result of the game between Breakers and Fire. They have won 4 out of 7 matches and are placed at the fourth position of the points table. The last time these two teams faced each other, South Australian Scorpions defeated ACT Meteors by 7 wickets.

The weather is predicted to be Partly Cloudy in Adelaide with the temperature being around 21 degrees Celsius and humidity levels are at 48 percent.

The pitch is expected to be neutral and all departments will get equal support from it. Batting first will be easier than chasing on this ground.

Bridget Patterson is the leading run scorer for Scorpions and she is also ranked third in the top run-getters of the tournament. She has scored 361 runs in 6 matches at an average of 72.20.

Katie Mack is the leading run-scorer for ACT Meteors. She has scored 323 runs in 7 matches at an average of 53.83.

Erin Osborne is a dynamic all-rounder who can contribute with both the bat and the ball for her team. She is the leading wicket taker for his team with 7 wickets and has also scored 175 runs at an average of 25.

Amanda Wellington is a bowling all-rounder who has picked up 9 wickets in 7 matches at an average of 25.55 and has also scored 59 runs from 5 innings.

Madeline Penna is a batting all-rounder who scored 270 runs in 7 matches at an average of 54. In addition to that, she has also picked up 4 wickets. 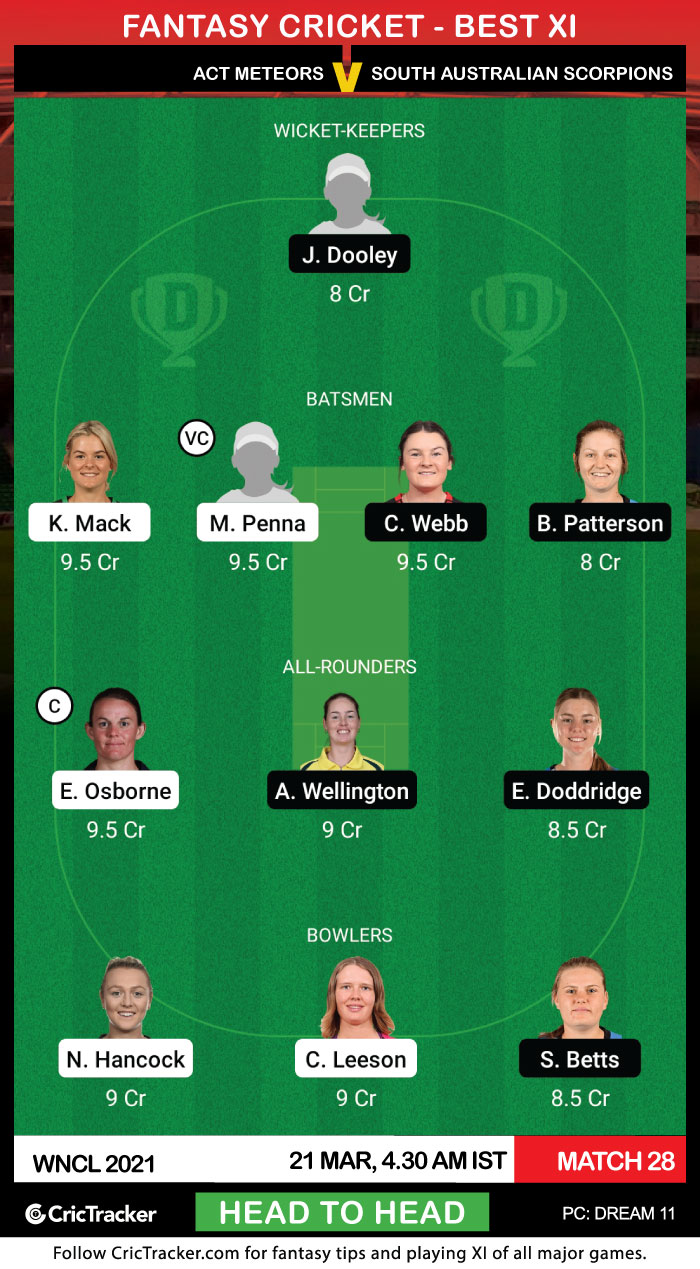 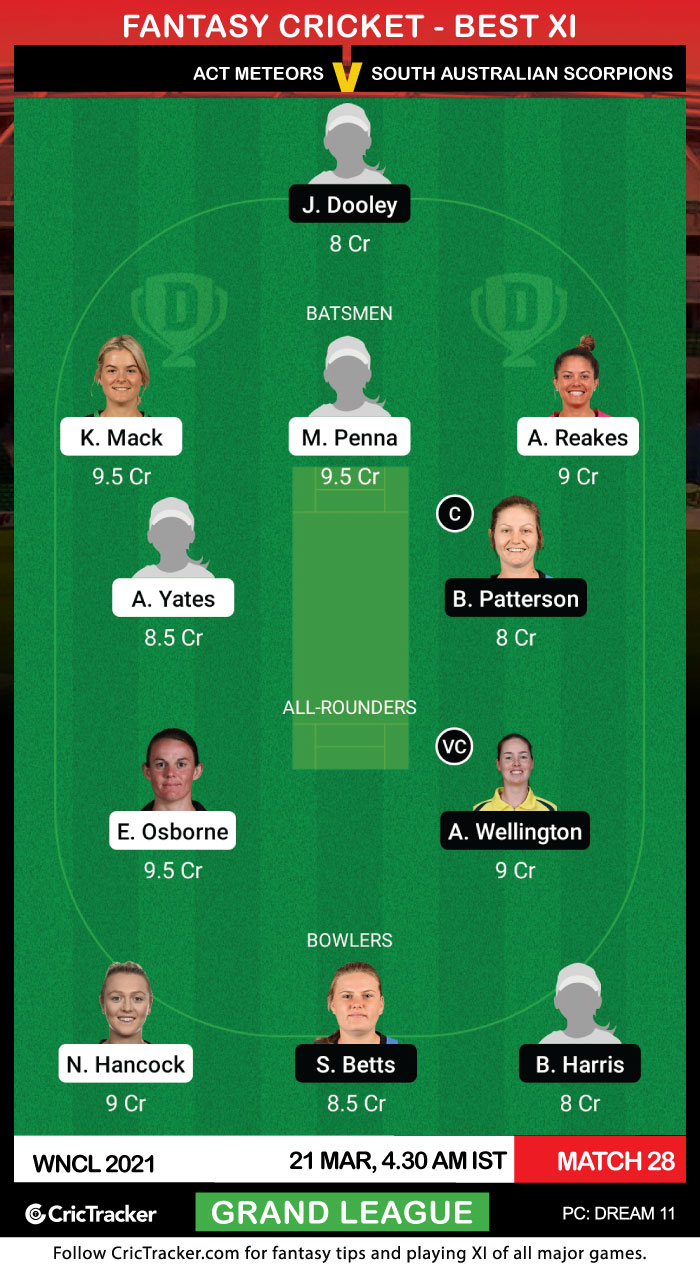 Erin Osborne and Madeline Penna are best options for the captaincy for this game, considering the kind of forms they are in at the moment.

South Australian Scorpions are expected to win this match.