It is advisable to choose more bowlers from the team batting first.

The 3rd match of the Women’s National Cricket League 2021 will be played between South Australia Scorpions & ACT meteors at the Phillip Oval, Canberra on February 7th, Sunday.

South Australia will be looking for their first win in the competition in this game, while the ACT Meteors will be looking to bring back their winning momentum. Both these teams are coming into this game on the back of thumping defeats against the same opposition, Tasmania Women.

ACT Meteors will have a slight edge, given the fact they are above in the points table. But they can not write off South Australia, especially with their bowling attack that took 6 wickets before Tasmania actually took the game away from them.

It will mostly be a cloudy day with temperatures close to 27 degrees. 50% chances of rain will be there, while there would be hardly any wind around.

So far in the tournament, the track has been extremely bowling-friendly. Expect teams to bat first if their captain wins the toss.

Also Read – IPL 2021: Mitchell Starc and Joe Root will not be part of the auction

Megan Schutt has been a quality bowler for Australia through the years and for her side South Australia, she led from the front in the previous game. She almost won the game for her side with 3 wickets in her bag,

Katie Mack was a class act in the very first game of the tournament against Queensland, where she scored a handsome half-century. After missing out in the last game, she might be looking for a big one against South Australia.

Erin Osborne is a complete all-rounder and she has proved it in both the team’s fixtures. With scores of 40 & 54, she will be all set to take on the opponents this time around, hopefully in a winning cause.

Amy Yates has taken 2 wickets each in both of her previous games in the tournament. Her wicket-taking abilities can come in handy this time around as well.

Bridget Patterson looked in great control in the previous game with a steady 34, before she got run out. She would like to make amends and would want South Australia to get off to a good start.

IPL 2021: Arjun Tendulkar registers for the auction at a base price of INR 20 lakhs 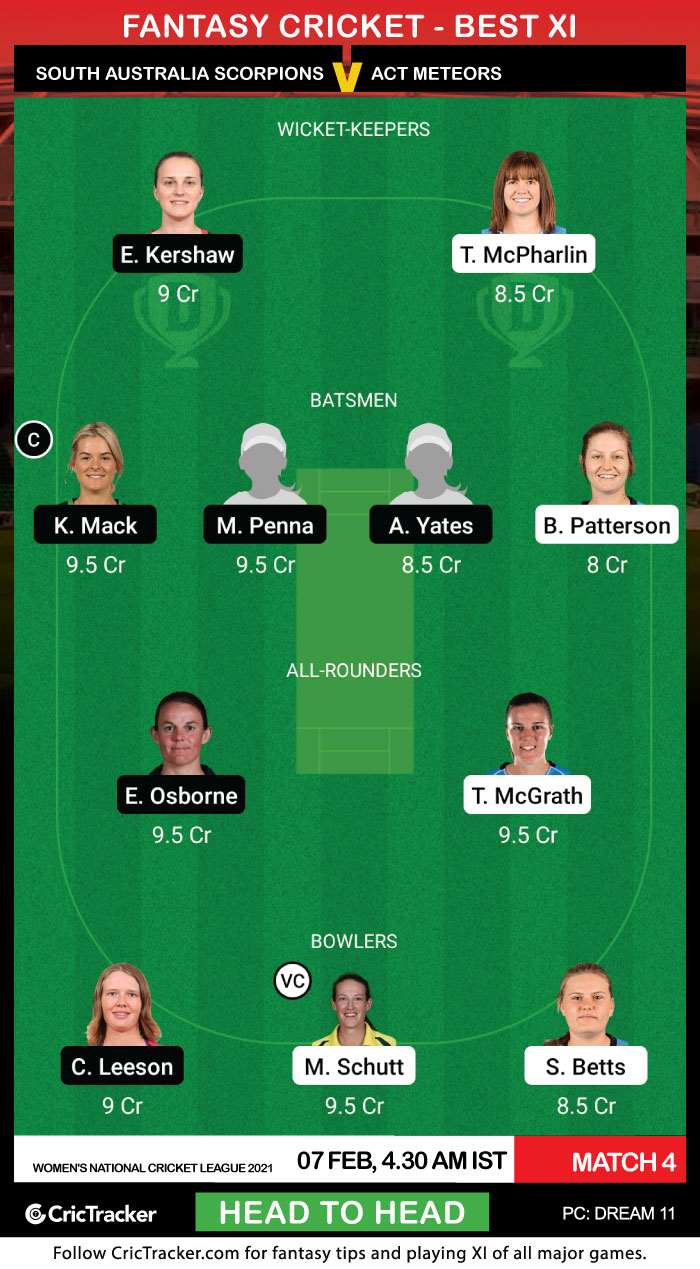 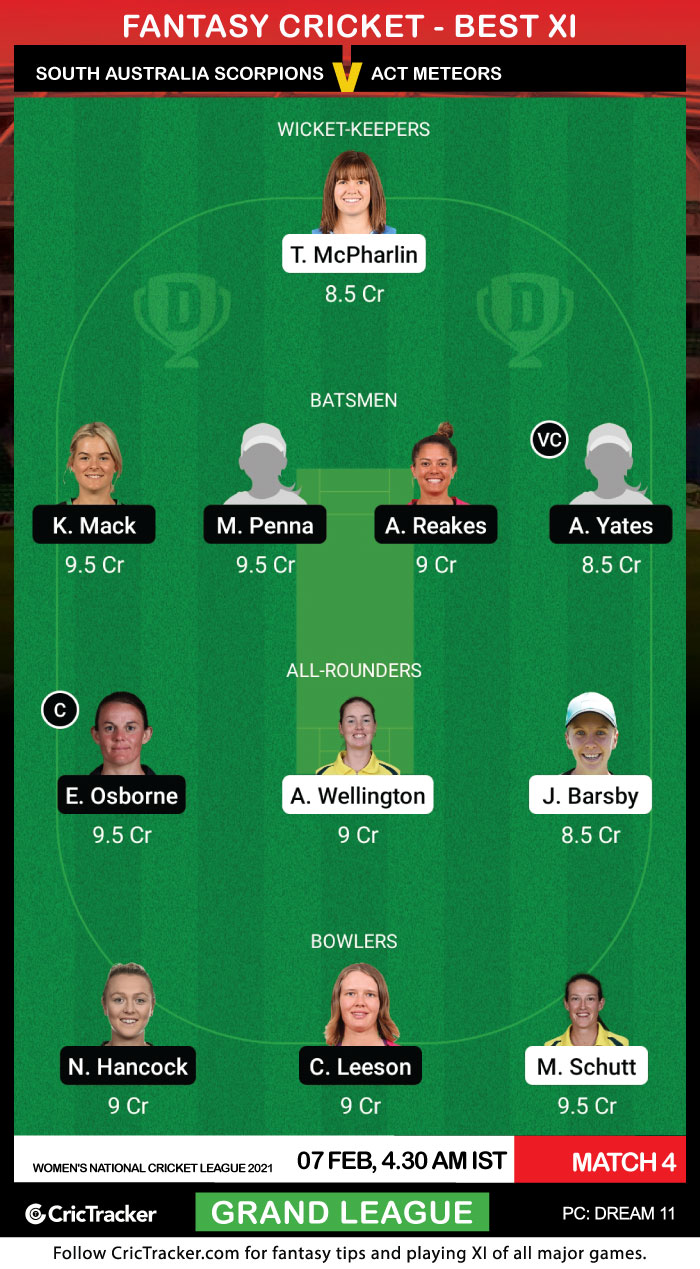 It is advisable to choose more bowlers from the team batting first.

ACT Meteors are expected to win this match.