Anna Peterson scored 250 runs and picked up 23 wickets in Super Smash since the start of 2017/18 season.

The 3rd match of the Women’s Super Smash 2019-20 will be played between Canterbury Magicians and Auckland Hearts at the Lincoln No 3.

Canterbury Magicians, who finished runners-up in the 2018/19 edition of the Women’s Super Smash, will be having a hard-working opening day of the 2019/20 season. In the tournament opener, they are slated to face the Central Hinds at the Lincoln No 3 ground. Later in the evening, at the same venue, the Magicians will be up against the Auckland Hearts. Anna Peterson will be leading the Auckland team that finished 3rd last season. The Hearts finished with 24 points after losing the last match by a big margin. Had the Hearts won that match, they could have been qualified for the final as the table-toppers.

We might not see any interruption at the Lincoln No.3 ground on Friday night as clear weather is forecasted.

The Lincoln No.3 ground witnessed low scoring matches throughout the previous edition of the Women’s Super Smash. However, the trend seems to be changing this time as Central Hinds got 137/7 during the opening match of Friday. Canterbury and Auckland will be playing on the same pitch about 3 hours after completion of the tournament opener. We could see signs of pitch getting slower in the evening.

Frankie Mackay aggregated 367 runs at an average of 73.4 with help of three fifties and bagged nine during the last edition. Jess Watkin aggregated 75 runs and claimed 5 wickets across seven matches in that tournament. Anna Peterson scored 250 runs and picked up 23 wickets in Super Smash since the start of 2017/18 season. Holly Huddleston also has 200+ runs and 20+ wickets across last three editions of this tournament. 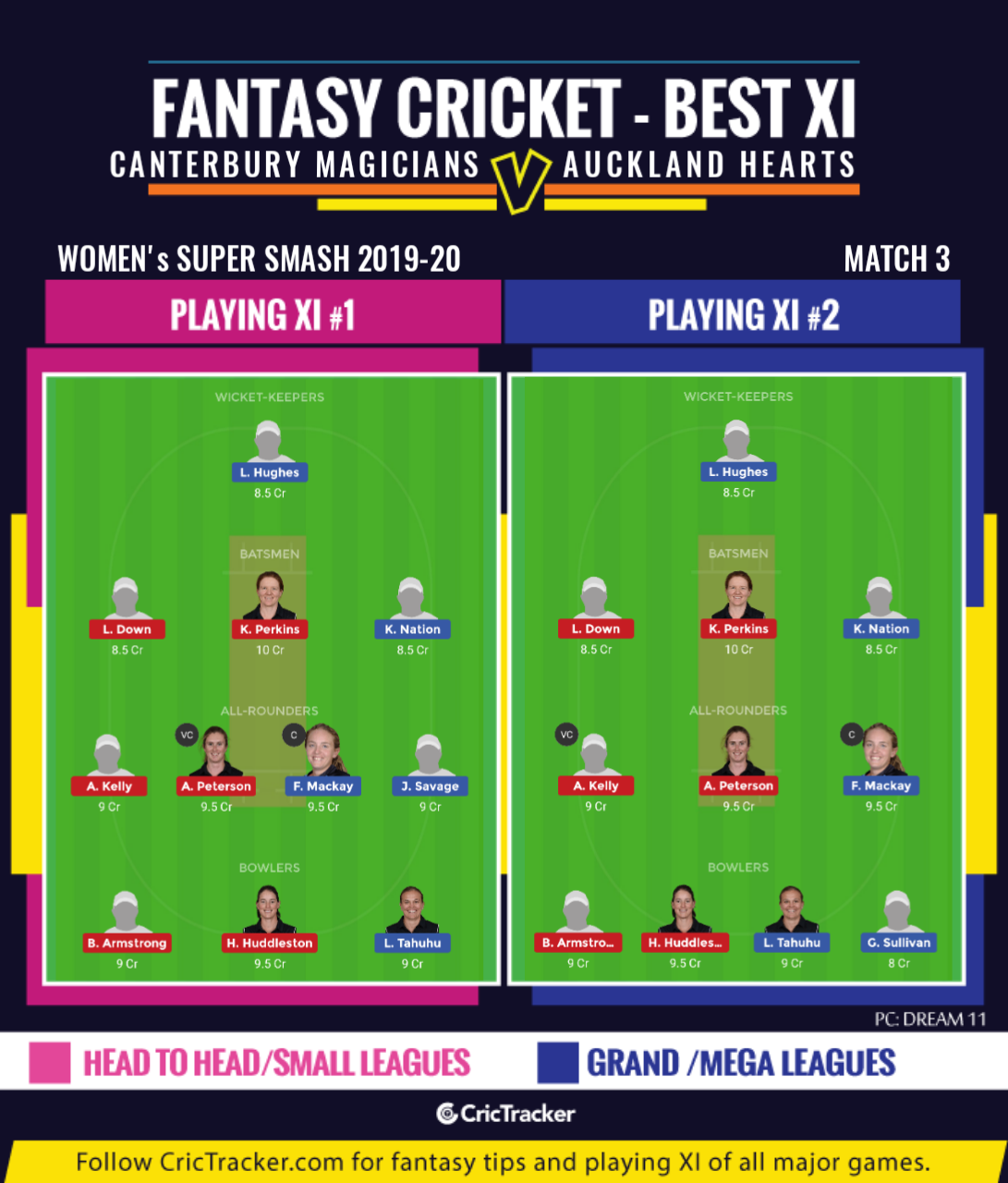 All the Canterbury players we picked in our Suggested XIs are expected to play both the matches on Friday unless any fitness concerns. In fact, the Magicians, in all probability, will be fielding the same XIs in both the games.

Canterbury Magicians are expected to beat the Auckland Hearts.