Lea Tahuhu is striking at the rate of more than 200 in this competition.

Auckland Hearts Women will face Canterbury Magicians Women in the 20th match of the Women’s Super Smash 2021/22 on Friday. Both sides are placed in the middle of the standings, and they have done reasonably well in the first half of the tournament, and it’s now time for them to get things under control in the 2nd half. Auckland Hearts’ bad patch continues as they have lost three matches in a row. They failed to score more than 120 runs in the last 3 matches, which is the main reason behind their struggle.
Canterbury Magicians Women, on the other hand, are one step ahead of the Aucklands Hearts in the points table and occupy 3rd spot in the standings with 12 points. They beat Central Hinds Women by 5 wickets in their previous game and claimed their 3rd win in this competition.

As usual, the track here at Eden Park assists the batters, and it will be hard for the bowlers to contain the run flow. The spinners will be effective in the middle overs. Anything over 150 is a good competitive score on this wicket.

Katie Perkins will be a good pick for your fantasy teams, considering her performances in this tournament. In 5 matches, she has scored 98 runs at an average of 19.6 with the highest score of 33.

Holly Huddleston is worth a pick at 9 credits. She has added 88 runs in 5 matches in this competition at an average of 17.6 and also picked up 5 wickets.

Frances Mackay has been impeccable with her all-round performances in this tournament. In 6 matches, she has scored 160 runs at an average of 40 and picked up 8 wickets at an economy of 5.26.

Lea Tahuhu can add valuable runs for Canterbury Women in the middle order. In 5 matches in this competition, she has scored 105 runs at an average of 35 with an excellent strike rate of 201.92 and even picked up a wicket as well. 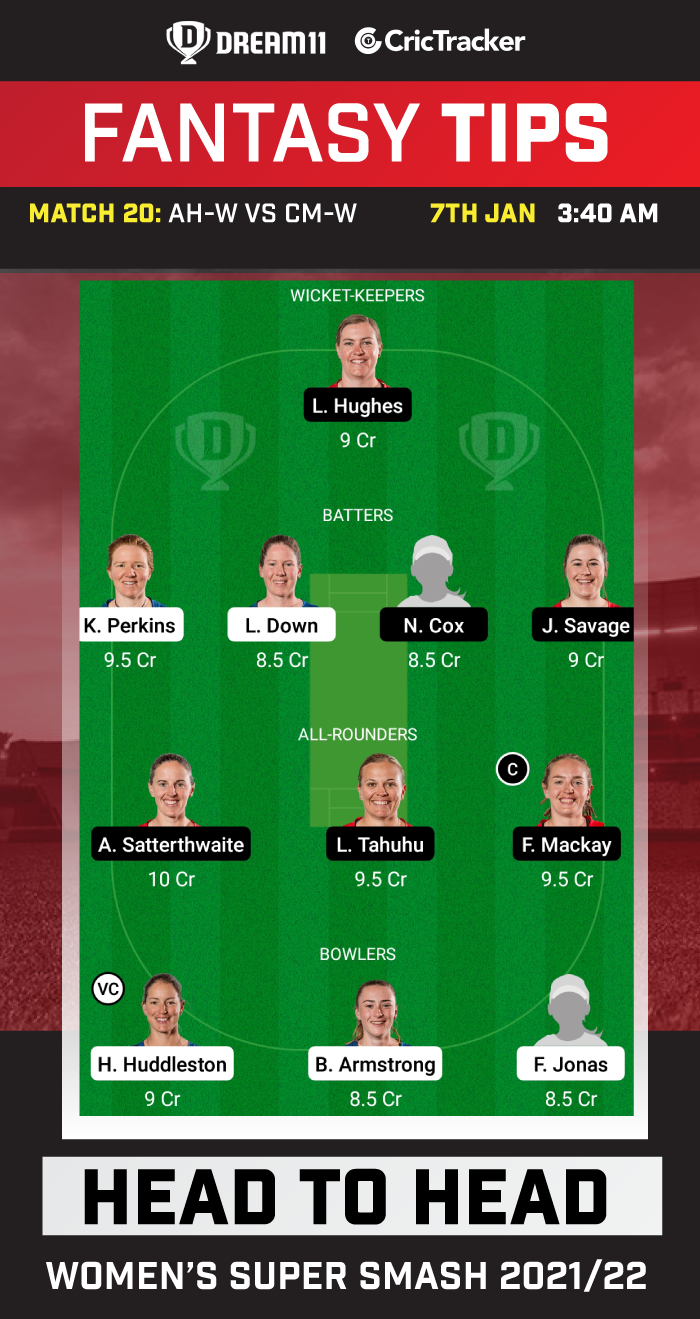 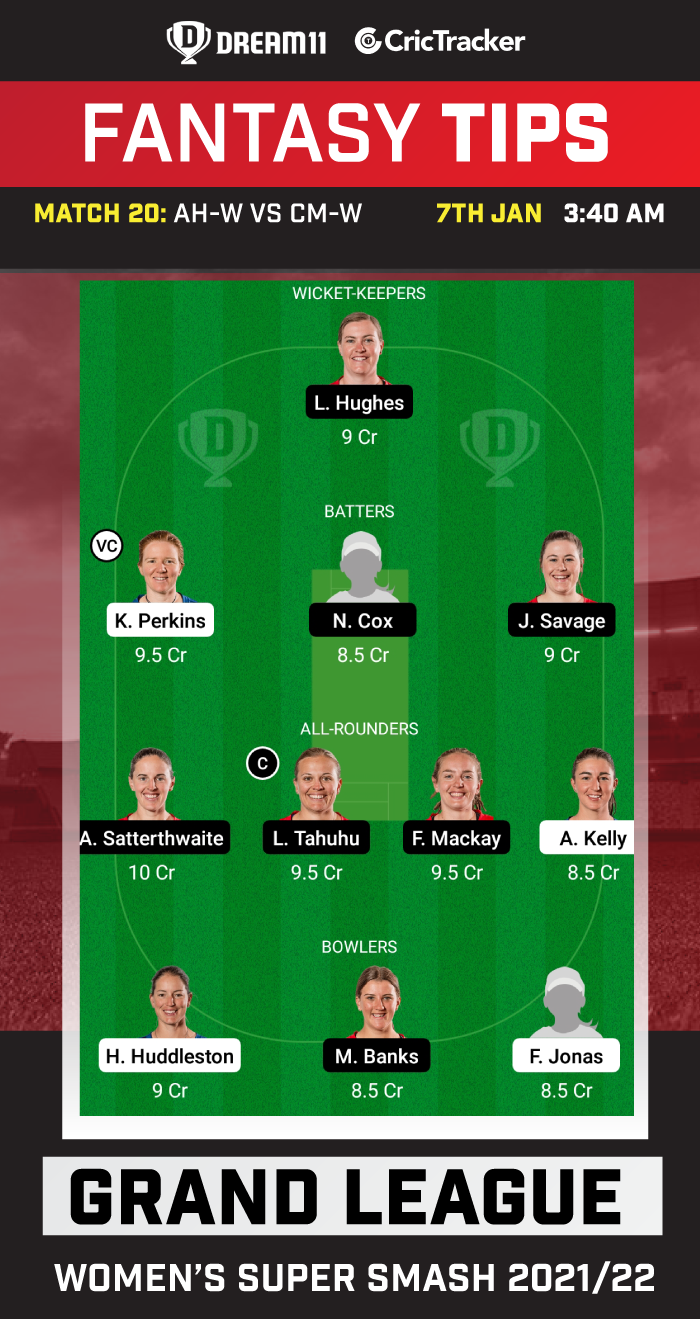 Canterbury Magicians Women are expected to win this match.