It's almost the end of the road for Central Hinds Women.

Northern Brave Women will take on Central Hinds Women in the 22nd match of the Women’s Super Smash 2021/22 on Friday. From now on every game is a must-win for Northern Brave Women as they are placed at the bottom of the table with only 4 points to their name. After losing 5 straight matches in a row, they finally tasted their first success in the last game against Central Hinds Women by 3 runs.

Central Hinds Women, on the other hand, are almost out of the tournament considering their position in the standings. They managed to win only one game out of their 8 matches played and sit at the 5th spot in the standings with 4 points.

The surface at Bay Oval often assists the quicks and there will be opportunities for the batters to score runs. Overall it’s a well-made surface for this format of the game and batting first is a good option here.

Nensi Patel is the best bowler for Northern Brave Women in this tournament. She has scalped 7 wickets in 6 matches at an economy of 5.69 and has also scored 64 runs with the bat.

Caitlin Gurrey is another player to watch out for from Northern Brave Women. In 4 matches, she has scored 107 runs at an average of 26.75, with the highest score of 44.

Jess Watkin has performed incredibly well with both bat and ball in this tournament. In 8 matches, she has scored 152 runs at an average of 19 and has also picked up 9 wickets at an economy of 5.37.

Mikaela Greig has huge potential to win matches for her side single-handedly. In 8 matches in this tournament, she has scored 139 runs at an average of 17.37, with the highest score of 36. 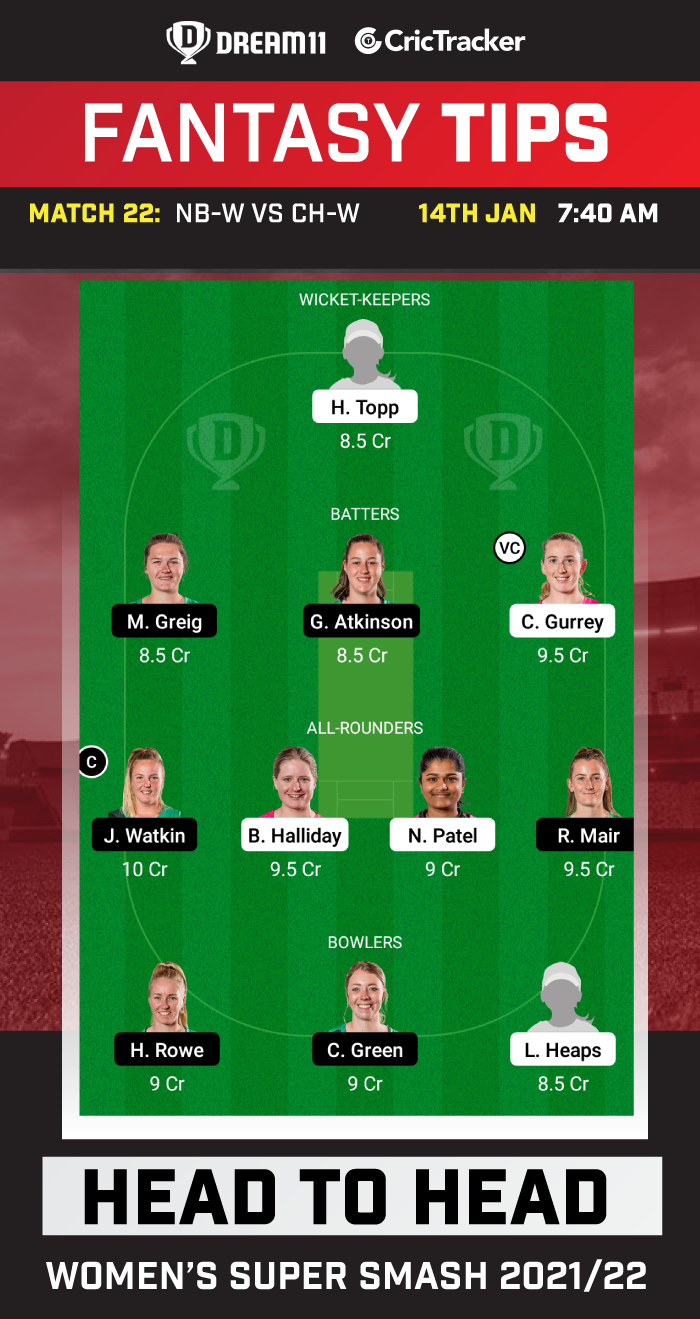 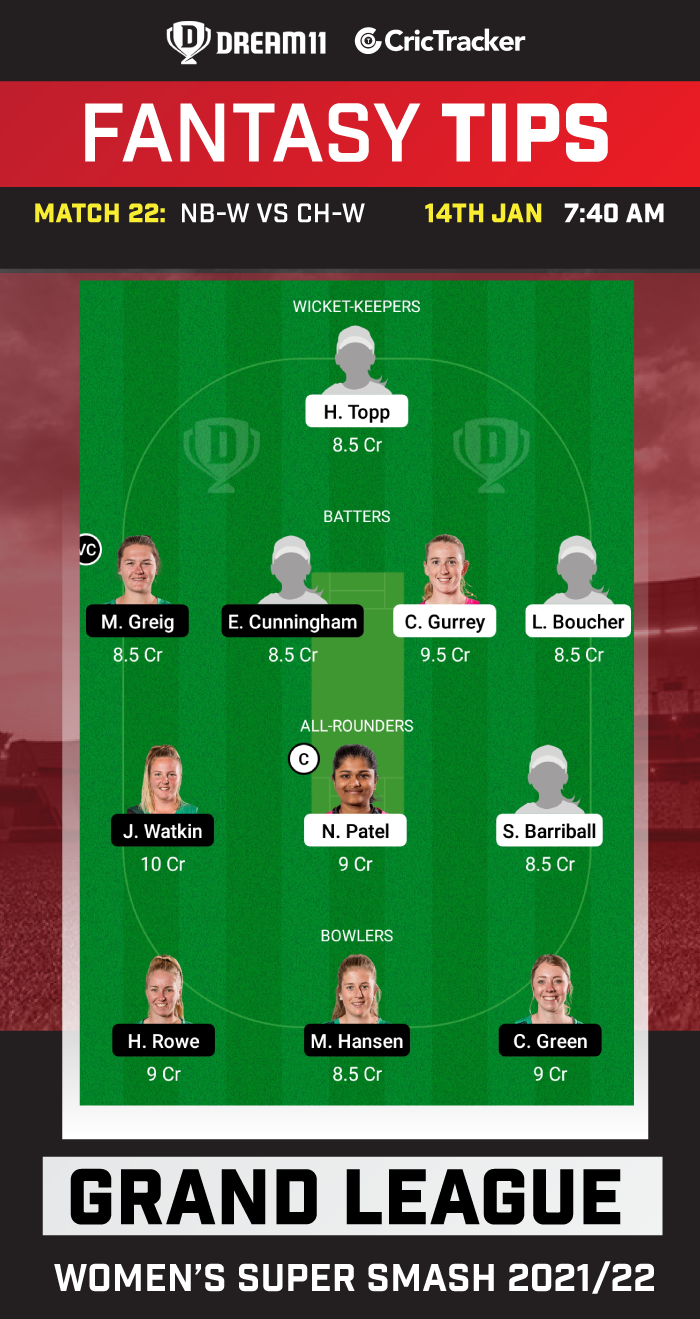 Northern Brave Women are expected to win this match.