Otago Sparks Women are expected to win this match.

Auckland Hearts Women are all set to clash with Otago Sparks Women in the 23rd match of the Women’s Super Smash T20 on Saturday. Auckland Hearts Women have had a decent time in the ongoing tournament, having won 3 out of the six matches they played. Currently, they are relying on the third position in the league table with 12 points in their bag.

On the other side, Otago Sparks Women are currently placed at the second position with 24 points. They have won 6 matches so far in their tournament, as they lost against Wellington Blaze Women in both matches they played. Both sides are in a commanding position, and we can expect a good contest between them.

Also Read: Coverage of ICC Under 19 Men’s Cricket World Cup 2022 to reach fans across the world

The skipper of the side, Lauren Down has played well in the previous match against Canterbury Magicians Women. She scored an unbeaten 66 off 59 balls and helped her side to cross the victory line for the third time in this competition.

Following her, Holly Huddleston also played a crucial knock by coming down the order for her side. She scored 42 runs and picked up a wicket as well.

The leading run-getter of the ongoing tournament, Suzie Bates is a must-have player in your fantasy teams. She has mustered 331 runs in 8 matches at an average of 55.16, including 3 fifties to her name.

Coming to the bowling department, Kate Ebrahim would be the lead bowler for Otago Sparks Women. She is the second-highest wicket-taker, having picked 13 wickets, with the best figures of 3 for 13. 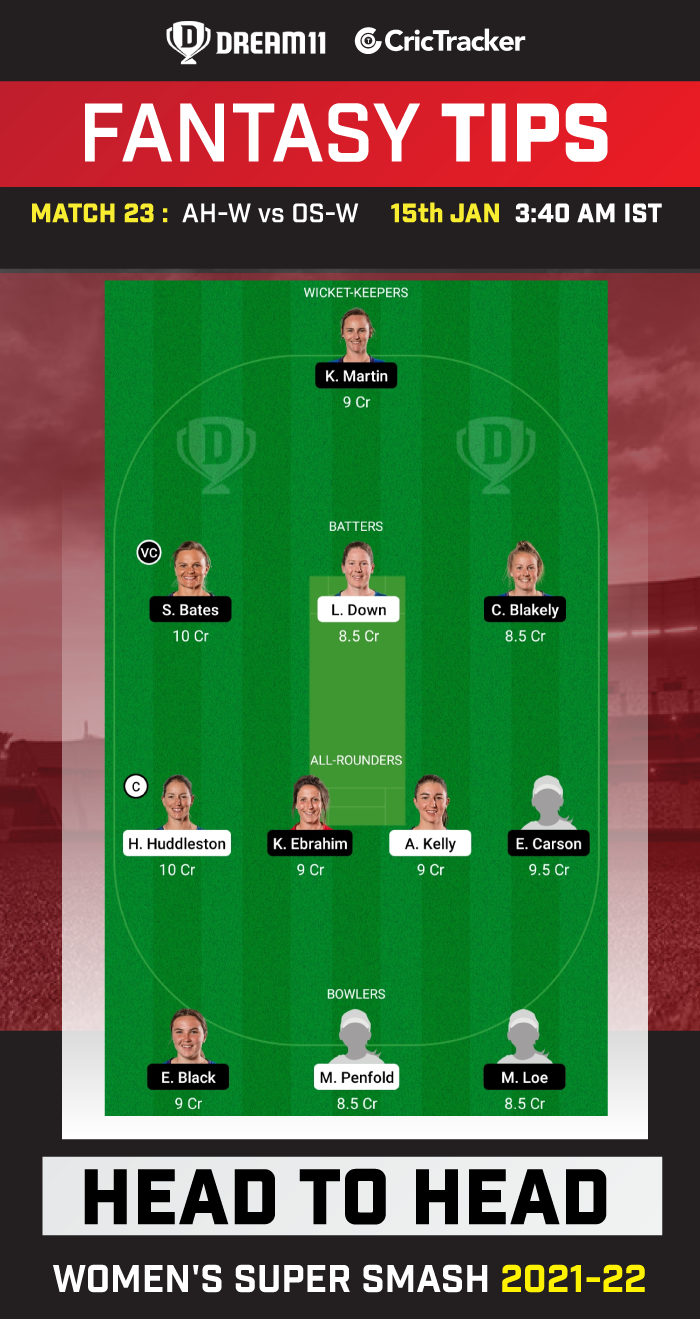 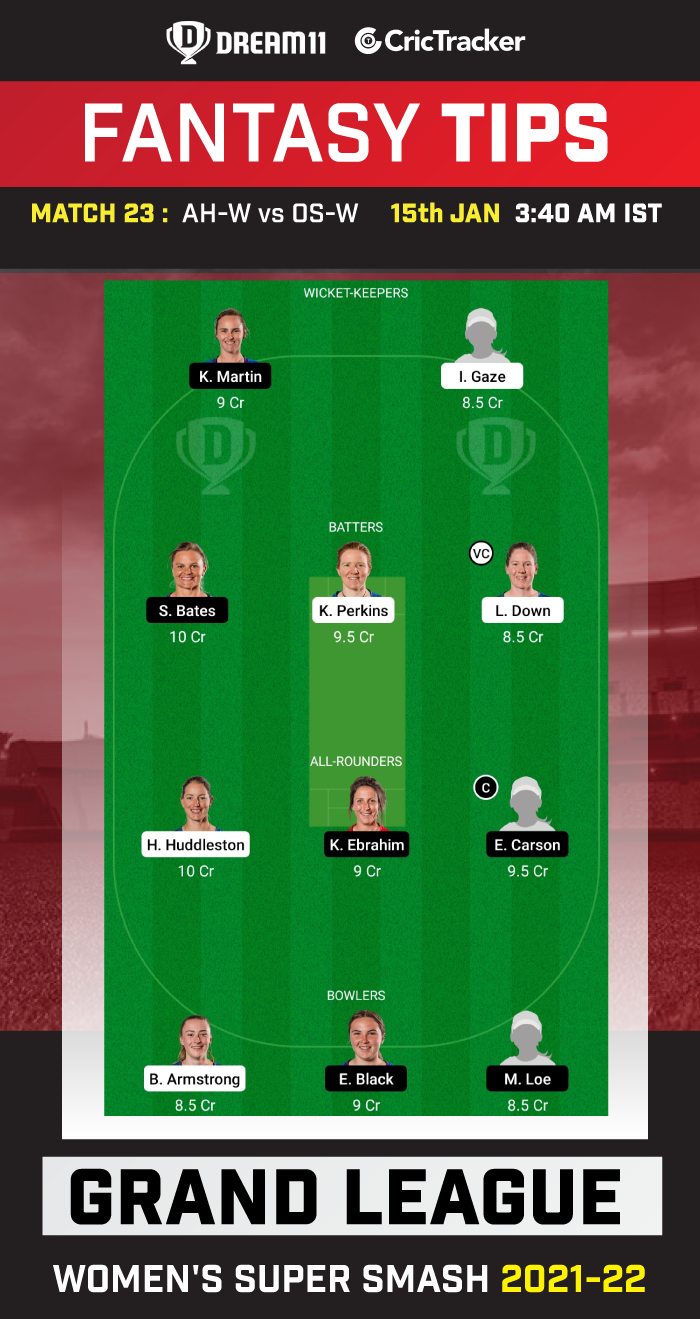 Otago Sparks Women are expected to win this match.