Sarah Taylor is a good captaincy pick for this match.

Western Storm will do battle against the Northern Diamonds side in the Charlotte Edwards Cup 2021. This match will be held at the Cooper Associates County Ground in Taunton.

The Western Storm side has won 1 out of the 2 matches that it has played in the tournament and is currently stationed at 3rd place in the points table. In their previous match against the Thunder side, they won with 9 wickets to spare.

The Northern Diamonds side is placed at the 2nd place in the points table and has emerged triumphant in 1 out of their 2 matches in the tournament. They pummeled the Sunrisers outfit in their previous match and won the encounter with 8 wickets and 22 balls to spare.

Captaincy Picks for WS vs NOD

Sarah Taylor stood up for the Northern Diamonds side in their clash against the Sunrisers outfit. She scored a crafty 43* off 35 deliveries, stayed till the end, and ensured that her side cantered past the target set by the opposition with ease.

Lauren Parfitt impressed with the ball in hand in Western Storm’s clash against the Thunder outfit. She bowled 4 overs, gave away 15 runs, and also scalped 2 wickets as well. Parfitt will look to slice through the opposition batting lineup in her side’s next match. 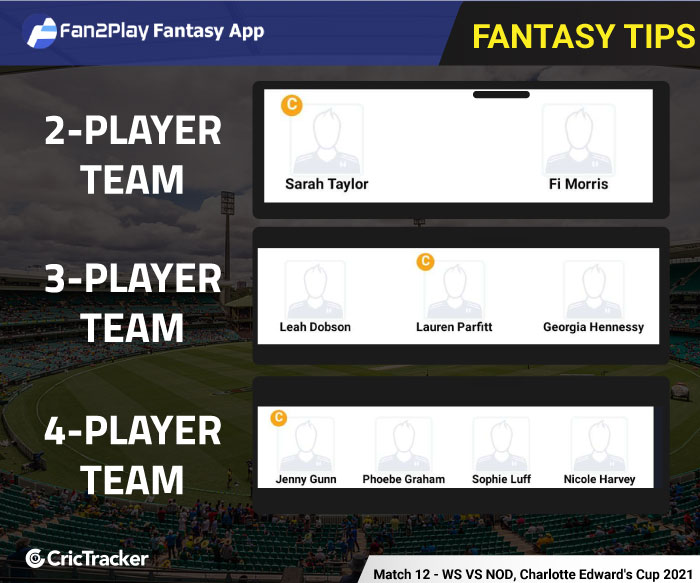 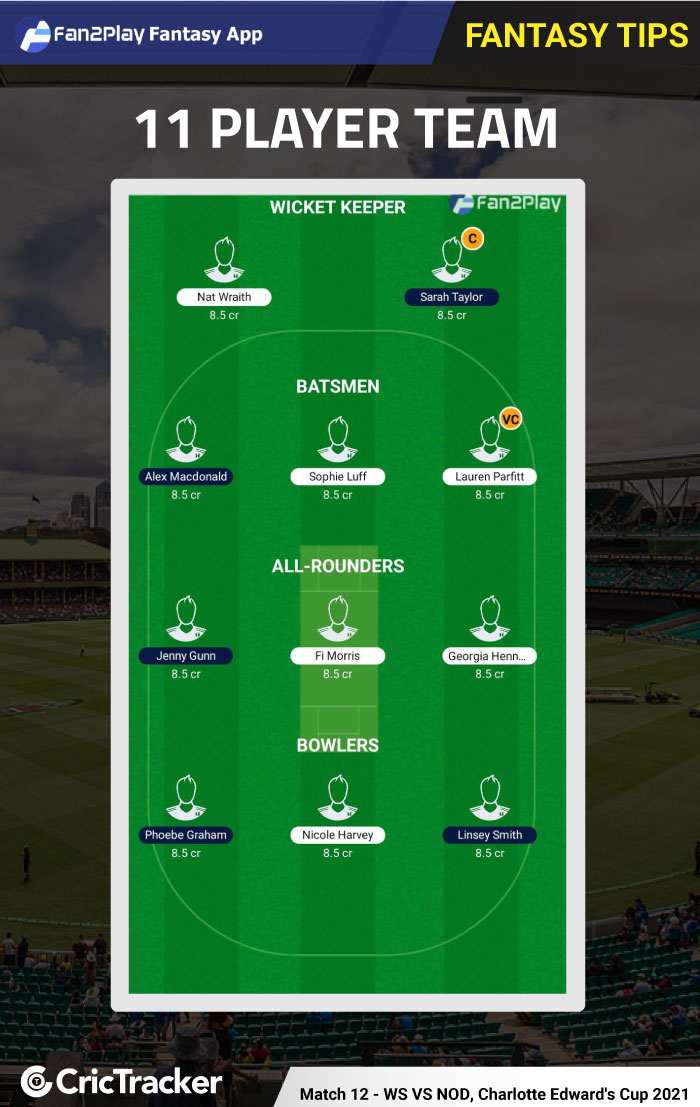