Asraf Lulat scored 65 runs at a strike rate close to 170 and also claimed one wicket in the two overs he bowled. 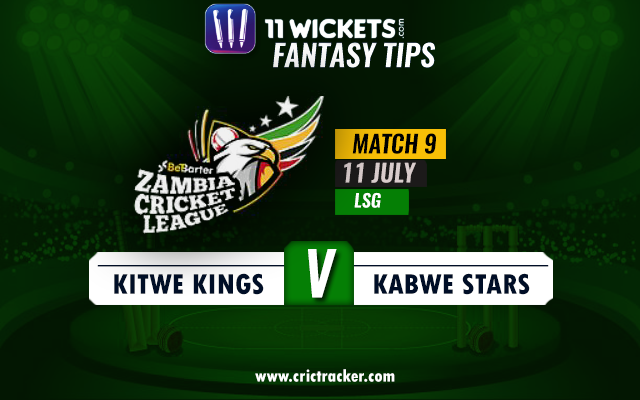 The 9th match of Zambia Cricket League 2020 will be played between Kitwe Kings and Kabwe Stars at Lotus Sports Club Ground in Kamwala.

Kitwe Kings and Kabwe Stars, the No.2 and No.3 placed teams in the Zambia Cricket League, will clash off on Saturday morning. This match will be crucial in deciding who will get to play the qualifier match in all probability against the table topper Ndola Blitz. This game is more important to the Kabwe Stars as they will face the Ndola Blitz in their last league match and their current NRR isn’t good enough. The Stars can take the confidence from defeating the Kitwe Kings last week by chasing down a target of 96 runs.

Saturday’s morning match is likely to conclude without any disturbances from the weather.

The Zambia Cricket League is played on a proper soil wicket unlike the other T10 tournaments around the globe. The freshly made wickets usually tend to produce swing at the start, especially in the early morning matches. However, the pacers should be of enough skill to trouble the opposition batsmen with the help from the pitch. 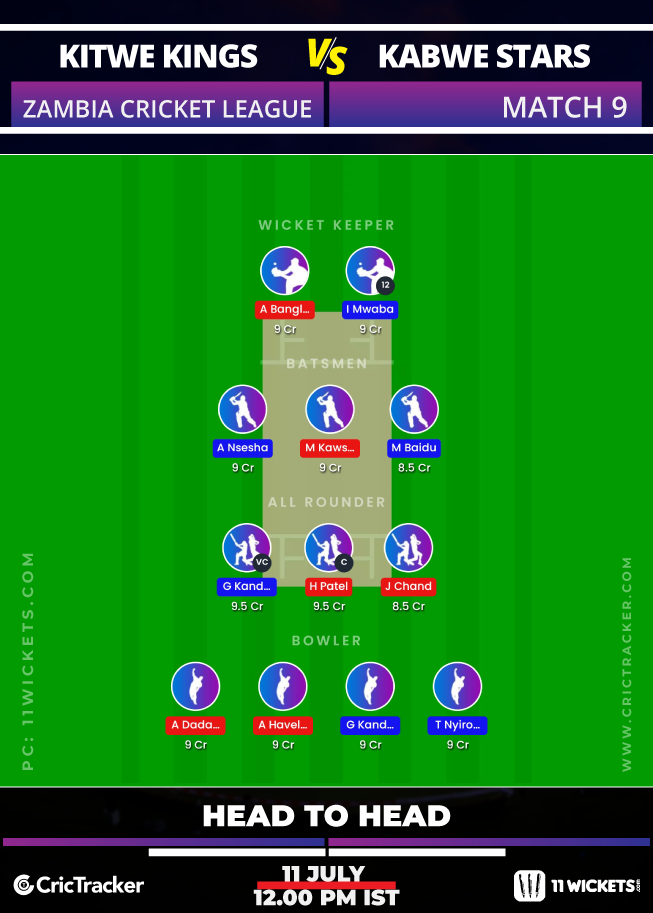 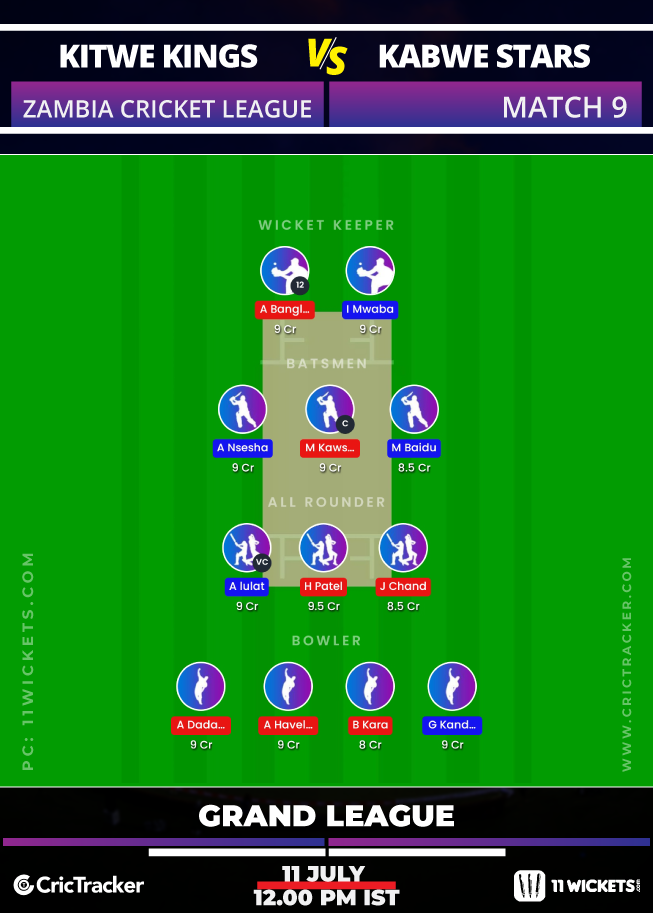 Azhar Bangliwala and Isaac Mwaba are the two options present in the wicketkeepers’ category. Both have returned similar performances thus far and hence will be tough to distinguish. Bangliwala has a highest score of 43 out but scored only two runs in another two innings. Mwaba, on the other hand, has 55 runs in four innings with a best of 35 and his strike rate is higher compared to Azhar.

Kitwe Kings have got a balanced lineup and are expected to win this fixture.