Shakib Al Hasan has been outstanding in the series so far 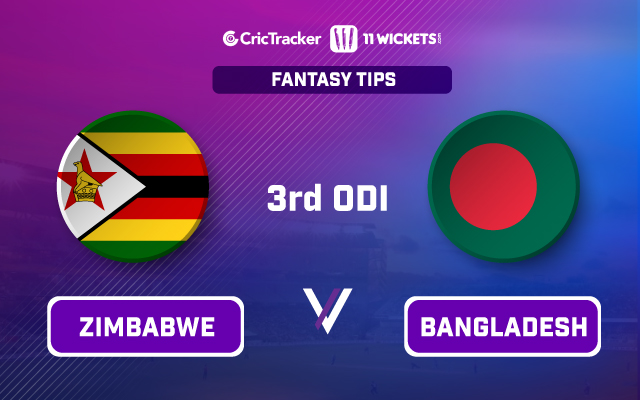 Zimbabwe and Bangladesh will lock horns against each other for the final ODI on Tuesday, July 20. Bangladesh have exuded great character to clinch the series. Shakib Al Hasan has stood out for the team, contributing to the victory of the team in both games.

Zimbabwe, however, have failed to make a mark in this series. After losing the one-off Test match, they had to face two defeats in the ODIs as well. However, they will look to push their limits to win this game and avoid a whitewash.

The surface seems to be inclined towards the batters. The spinners have assistance in the match as the game progresses, while the pacers too might get some help in the early stage of the game.

Shakib Al Hasan has been outstanding in the series so far. After registering a five-wicket haul in the first ODI, he displayed his abilities with both the bat and the ball in the second ODI. He played a splendid knock of 96* to help Bangladesh reach the finish line. He also scalped 2 wickets in the game.

Luke Jongwe has made important contributions for Zimbabwe in both the ODIs. In the previous encounter, he picked up 2 wickets and would be keen to perform well in this game as well to help Zimbabwe secure a win in the final ODI.

Liton Das was one of the chief architects of the victory for Bangladesh in the first ODI. He scored an impressive century in the first match. Moving forward in this game, he can be a good pick. 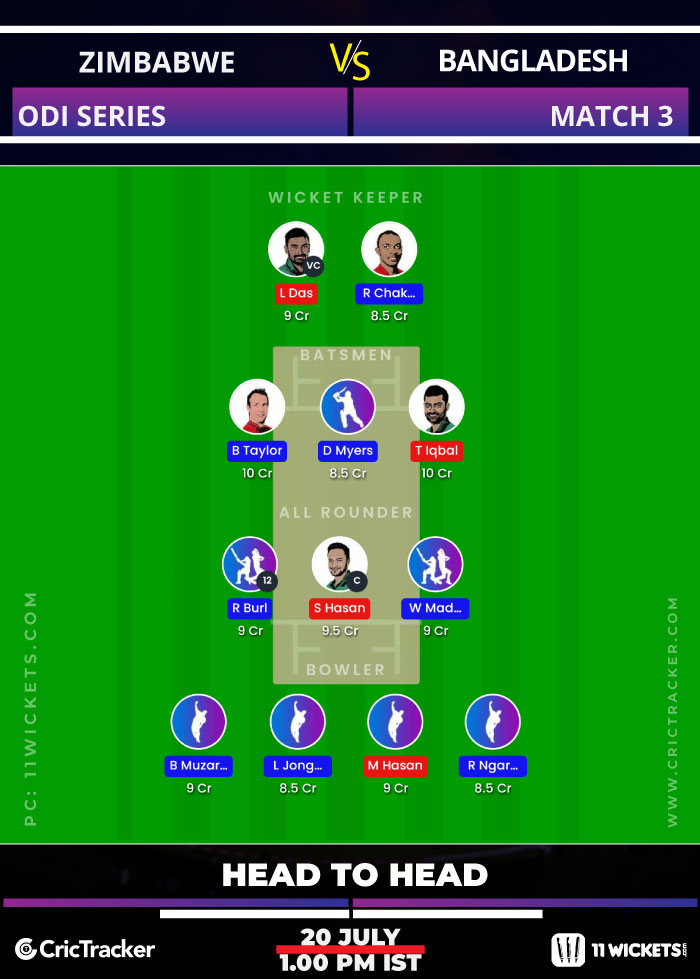 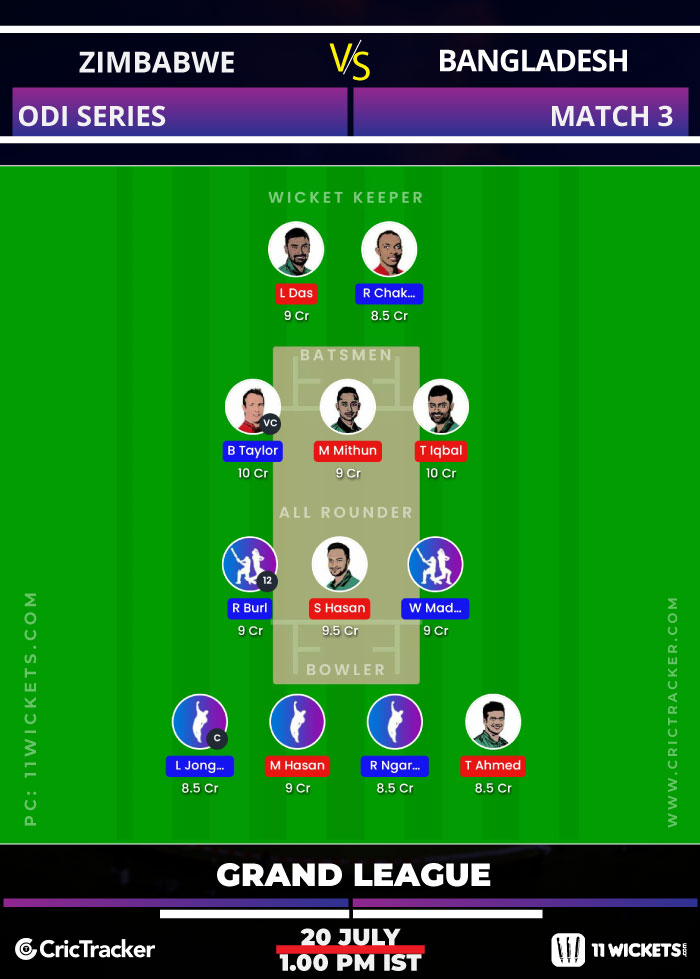