Mohammad Rizwan is a gem of a wicketkeeper-batter for Pakistan. 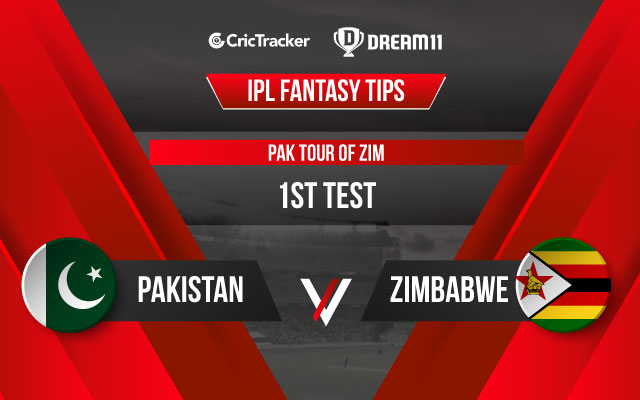 Zimbabwe will take on Pakistan in the 1st of the 2-match Test Series, which is starting from 29th April. Zimbabwe had drawn their last Test series against Afghanistan 1-1 when they toured UAE in March. They defeated Pakistan in their previous meeting in a Test series way back in 2013, which will give them some positivity before going into this game.

Pakistan, on the other hand, are in good shape at the moment after winning the T20I series 2-1. They are currently ranked 5th in ICC Test Rankings. They whitewashed South Africa 2-0 when they hosted them in a 2-match Test series recently.

For the first three days, it will be easy for the batters to score runs on the flat surface and later in the 2nd innings, the surface is expected to assist the bowlers. Whoever bats first will get more chances of winning the match.

Also Read: Someone like Ravindra Jadeja has to be in all three formats: Suresh Raina

Pakistan skipper Babar Azam is one of those players who has scored runs consistently in all forms of the game. In his Test career, he has scored 2167 runs in 31 Tests at an average of 44.22.

Former Test skipper Azhar Ali had a decent previous series against South Africa, scoring 115 runs in 2 Test matches. Overall in his Test career, he has notched 6417 runs at an average of 42.78.

Sean Williams was the top scorer in the previous series against Afghanistan, scoring 264 runs in 2 Tests. His experience will really boost Zimbabwe in this Test series.

Fawad Alam hasn’t given many chances to opposition bowlers to predict his moves, with his unusual stance. In his Test career, he has scored 570 runs in 9 matches at an average of 38 and he can roll his arm whenever needed.

Donald Tiripano is one of the more experienced bowlers in the current Zimbabwe squad. He has played 12 Test matches and has picked up 20 wickets, while with the bat, he has scored 401 runs.

Hasan Ali was the leading wicket-taker in the previous Test series against South Africa, picking up 12 wickets in 2 Tests. Overall in his career, he has scalped 43 wickets with the best figures of 5/45 in an innings.

Mohammad Rizwan is a gem of a wicketkeeper-batter for Pakistan. He has scored runs in every format over the last 12 months. He is terrific behind the wickets as well.

Luke Jongwe did a great job for Zimbabwe in the T20I series against Pakistan. He is expected to make his debut in the Test series and it’s a gamble you can take by choosing the debutant as your skipper.

Azhar Ali will take his time to settle, but once he starts scoring runs, it is nearly impossible to stop him. You can take a risk in selecting him as your Dream11 fantasy skipper.

Imrat Butt is an inexperienced player as played only 2 Test matches and scored 36 runs, with the highest score of only 15. Hence, you can avoid him while making your fantasy teams.