Karan KC took 11 wickets with help of two 4-fers at an average of 10.72 during the Oman Pentangular T20I series.

The 1st match of Men’s Cricket in the 2019 South Asian Games will be played between Nepal and Sri Lanka Under-23s at the Tribhuvan University International Cricket Ground in Kirtipur.

The Men’s Cricket in the 2019 South Asian Games will kick start on Tuesday when the home team Nepal takes on Sri Lanka Under-23s team in Kirtipur. Bangladesh Under-23s, Bhutan and Maldives are the other three teams to be part of this event. The Sri Lankan team will be led by Charith Asalanka who led the Sri Lankan representative side in the Emerging Teams Asia Cup held last month. The Lankan team failed to win a match in the tournament after starting as the defending champions. The hosts Nepal will be hoping to create some surprise results but injury to their star spinner Sandeep Lamichhane will affect the team’s progress.

Low temperatures are expected on Tuesday in Kirtipur though sunny weather is forecasted during the match timings.

The Tribhuvan University Ground in Kirtipur is yet to host an official T20 match. It recent most major T20 event that this venue hosted was the Everest Premier League in last December. Those matches didn’t produce big totals. The teams batting second were benefited on most occasions in short run-chases. A similar trend was seen during the recent Women’s Champions League tournament.

Kamindu Mendis is yet to make an impact in his short 13-match T20 career. However, he has a solid all-round record in the One-Dayers and will be hopeful of bringing the same into this tournament. Paras Khadka recently became the first centurion in the T20I cricket for Nepal and will be hopeful of bringing those exploits back. Karan KC took 11 wickets with help of two 4-fers at an average of 10.72 during the Oman Pentangular T20I series. 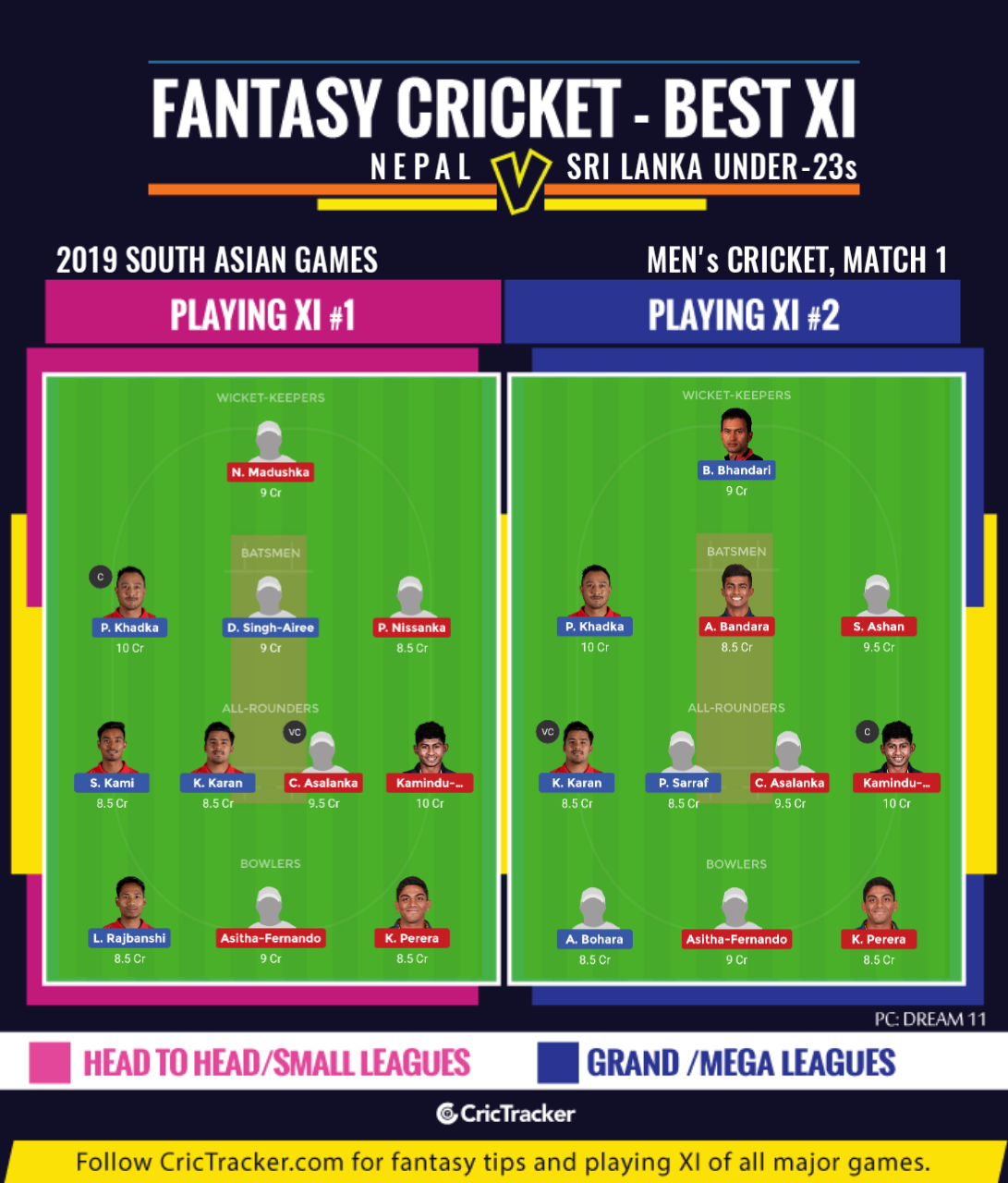 As many as five important names are available in the all-rounders’ category for this match. From Nepal, the likes of Karan KC, Pawan Sarraf and Sompal Kami are present while Sri Lanka’s captain and vice-captain Charith Asalanka and Kamindu Mendis being the other two. Sarraf and Kami are easily the most inconsistent players as the duo could perform put on an all-round effort in a match and fail in all departments in another.

Sri Lanka Under-23 side is expected to start the tournament with a victory.