7 best quotes on one of the most hostile spells in World Cup history from Wahab Riaz: If not the entire Pakistan cricket team this son of the motherland Pakistan did make the entire national proud and showed once again what cricket and its fighting spirit is about. His team was down and ready to be dusted by a dominant Australia in conditions best known to them. Under circumstances when most think of giving it up. Wahab Riaz decided to spark the Aussie batsmen up before humbling aside.

He not only bowled with lot of intent, pace and determination but this could well be regarded as one of the most hostile and charged up spells of aggressive and genuine pace bowling we have seen in long time and one of the best that we have seen in not only the ICC Cricket World Cup 2015, but in the world cup history.

It was not only fans or sympathizers who heaped praise on the bowler watching his effort but all the opposition batsmen who were subjected to the heat by Riaz came back and acknowledged the huge respect he had earned in the cricketing fraternity for the performance against Australia in the quarter-final of the ICC Cricket World Cup 2015.

Here are the 7 best quotes marked up praising the gutsy bowler: 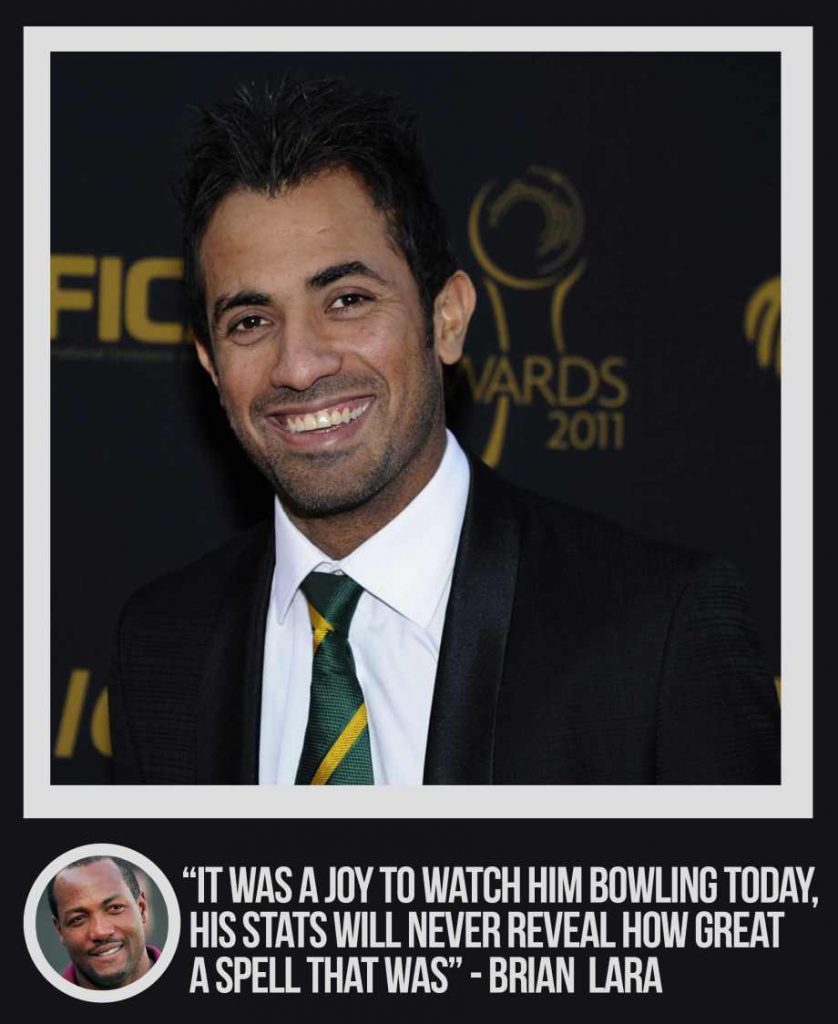 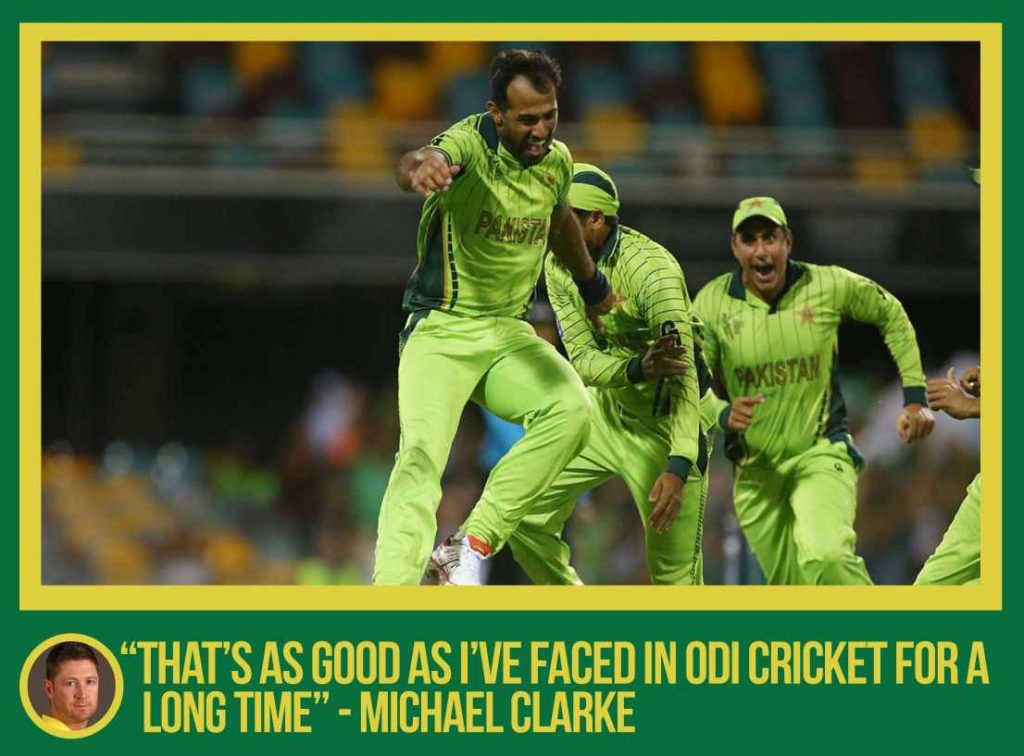 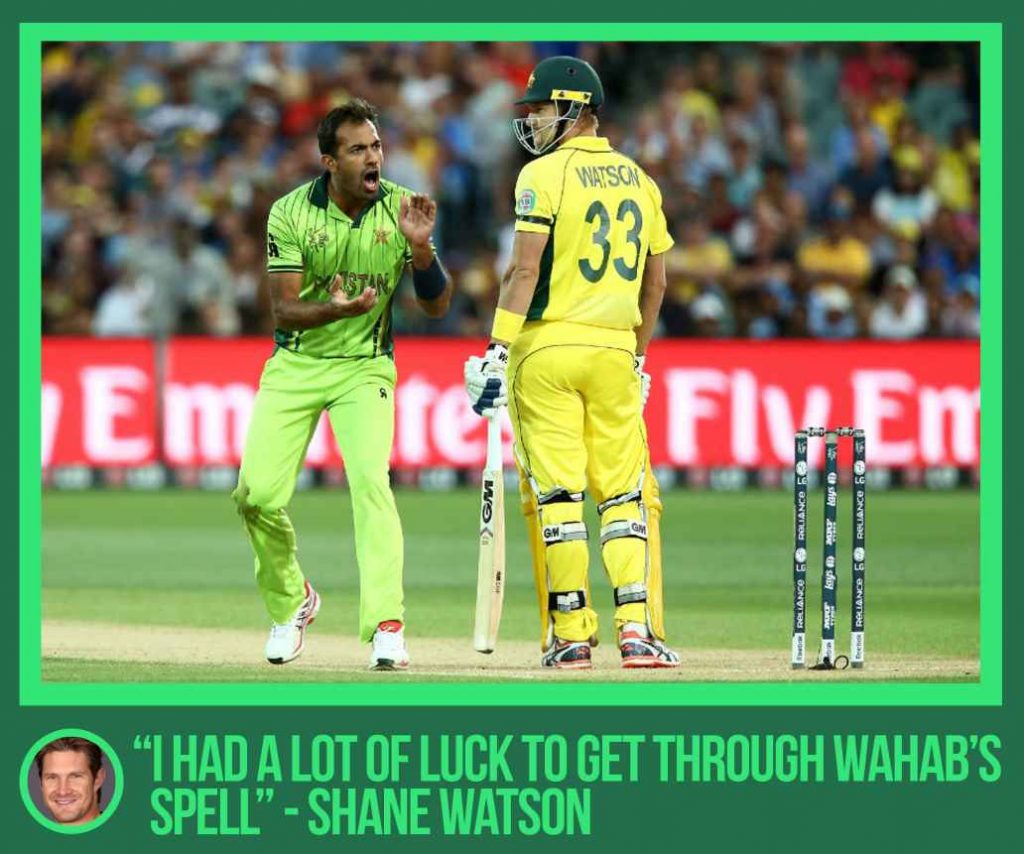 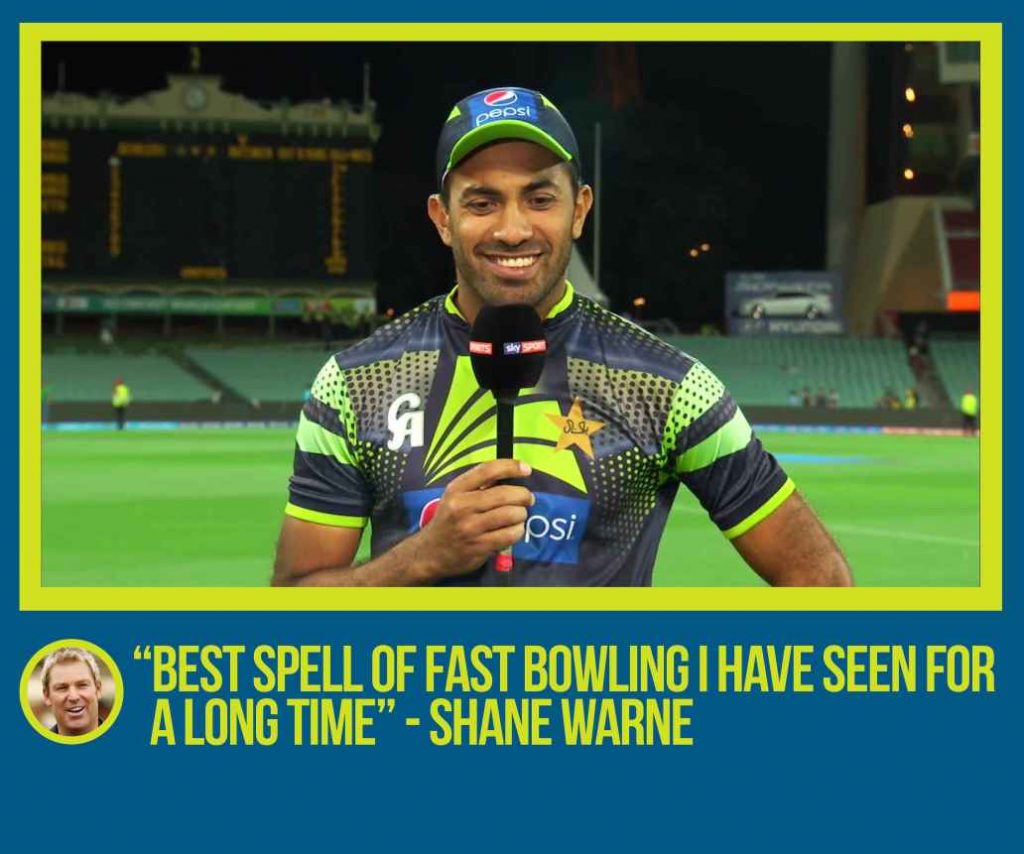