Abahani Limited will take on the Brothers Union in match 17 of the Dhaka Premier League.

Match 17 of the Dhaka T20 will be played between Abahani Limited and Brothers Union at Shere Bangla National Stadium, Mirpur, Dhaka.

The Match will be played at 5:30 PM IST respectively. This match will be streamed live on Dsports.

Abahani Limited will take on Brothers Union in the match 17 of the Dhaka Premier League. Both teams are in top form and are unbeaten so far. Abahani Limited have won both their games so far and are sitting at the top of the points table.

Meanwhile, Brothers Union had one game washed out before recording a commanding win in their last game. Thus, both teams will be looking to continue this good momentum throughout the tournament.

Mohammad Saifuddin can have a big impact with both bat and ball. He smashed a 19-ball 40 and took 1/15 in the last game. He is one of the most experienced players on his side. Thus, his all-round ability makes him an effective option as a fantasy captain.

Mizanur Rahman is coming off 74 runs knock from his previous outing and he will be hoping to deliver once again in this match as well. Rahman can turn the game anytime with his incredible hard-hitting ability. He can reap rewards for your fantasy team in this match. He will be a top captaincy pick for this clash. 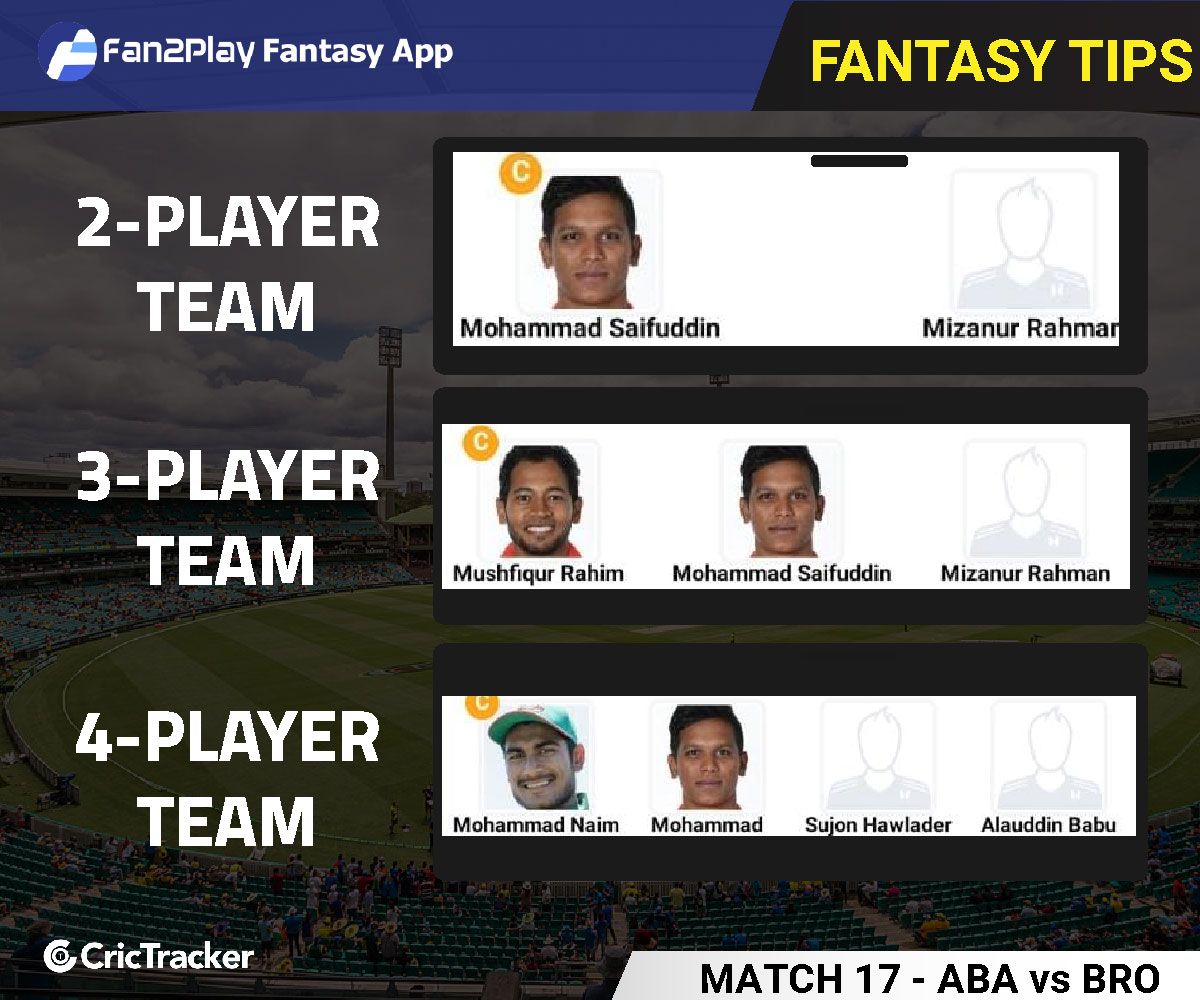 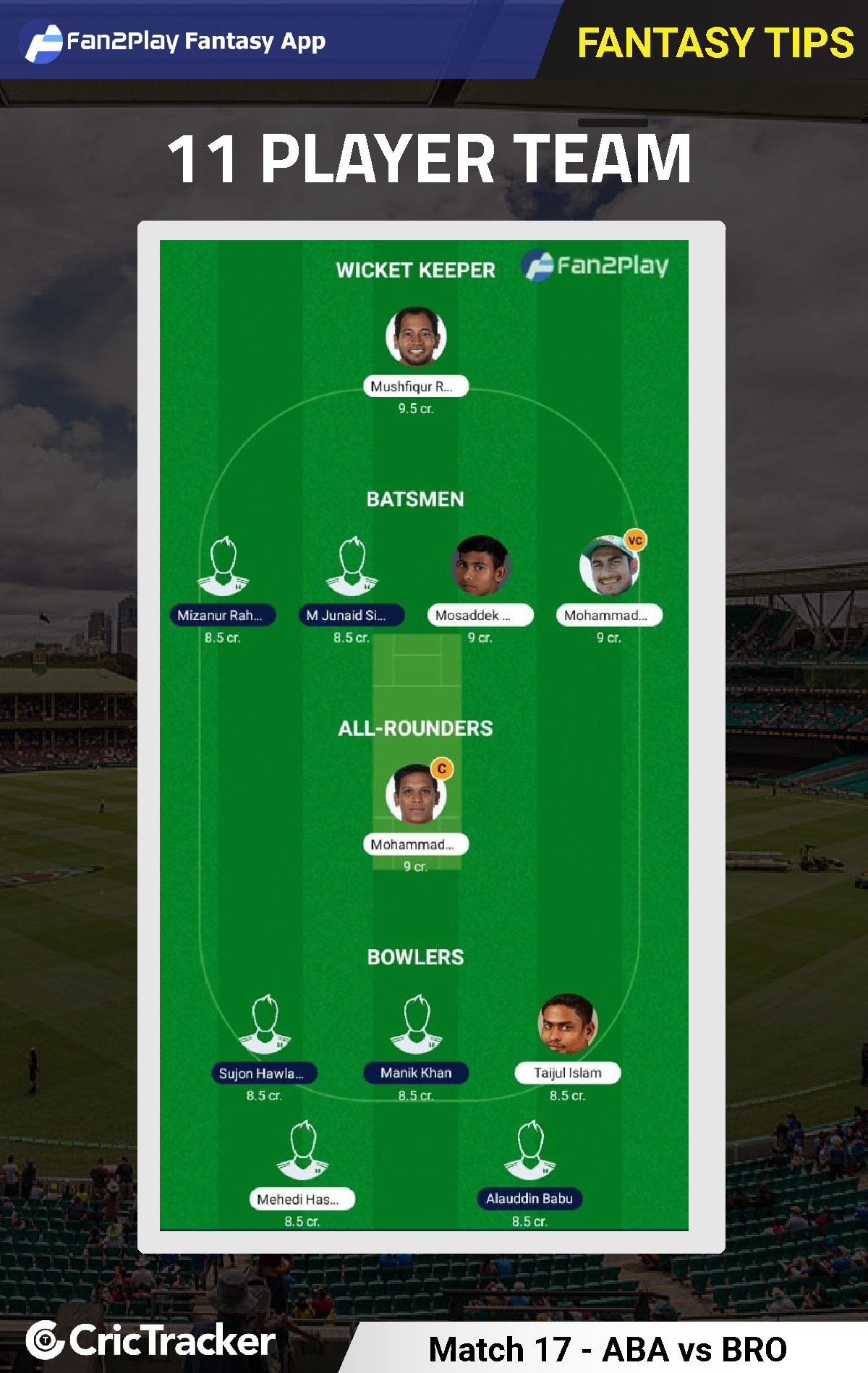