Abhishek Bachchan to produce a film on Yuvraj Singh

Abhishek Bachchan to produce a film on Yuvraj Singh

India is world-famous for three things: Taj Mahal, Cricket and Bollywood, and when two of these meet, it’s a treat for the public.

Bollywood sports biopics are in trend these days. First it was Irfan Khan who played ‘Pan Singh Tomar’ in a film; then Farhan Akhtar playing famous athlete Milkha Singh in a movie named ‘Bhaag Milkha Bhaag’, then it was actress Priyanka Chopra’s turn to play the role of a celebrated Indian female boxer MC Mary Kom in a film titled ‘Mary Kom’ and now we hear actor Abhishek Bachchan is planning a biopic on the life of Indian cricketer Yuvraj Singh.

If things go as planned then this would be the second biopic movie based on cricketer’s life as Sushant Singh Rajput starrer biopic on Indian cricket team’s captain cool Mahendra Singh Dhoni’s life is already in production. 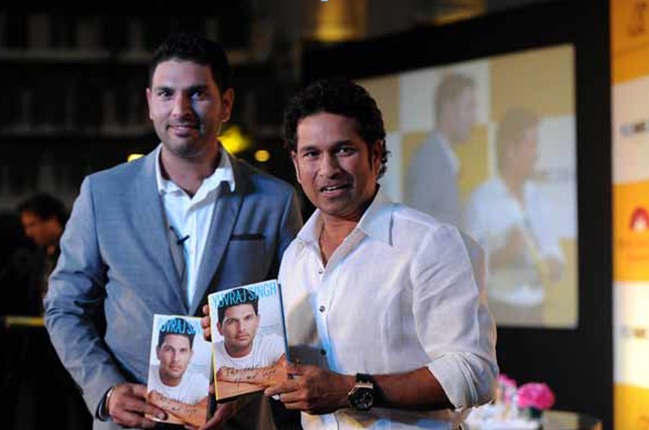 Abhishek Bachchan, who has a very keen interest in sports, has already owned a Kabaddi team and a Soccer team in Indian Soccer League; now plans to buy official rights of Yuvraj Singh’s  autobiography titled, ‘The Test of My Life’ and then make a film on it. The book talks about the cricketer’s entire cricketing journey especially his long battle with the deadly disease, cancer.

Crictracker.com understands that the news is not yet confirmed by Abhishek himself but a very strong rumor surrounding in media groups.