Wanindu Hasaranga is an X-factor for Deccan Gladiators.

Northern Warriors will take on Deccan Gladiators in the 11th match of the Abu Dhabi T10 League 2021 on Tuesday. Northern Warriors are still searching for their first win in this tournament. They have lost 3 consecutive matches on the trot. The Warriors have only themselves to blame for not defending 126 runs against Bangla Tigers in their last game.

With a century stand from openers, Tom Kohler-Cadmore and Tom Banton, Deccan Gladiators comprehensively beat Delhi Bulls by 9 wickets on Monday to register their second win in this competition. They occupy the third spot in the standings with 4 points. They need to keep the same tempo for their upcoming matches as well.

It’s quite difficult to defend the target on this venue, adding to that, the team’s chasing has won 7 of the last 10 matches played here. Whoever wins the toss without any hesitation should bowl first.

Rovman Powell stands out for Northern Warriors will his brutal display of batting in this tournament. He has scored 143 runs in 3 matches at an average of 47.66 at a strike rate of 220.

Moeen Ali is doing his job well so far in this tournament with his sensible hitting. He has scored 59 runs in 3 matches at a strike rate of 173.52.

Tom Kohler Cadmore played attacking innings in the last match against Delhi Bulls and has smashed 19 balls 51* runs and deservingly won the player of the match award.

Wanindu Hasaranga is a wicket-taking bowler and has already scalped 6 wickets in 3 matches at an economy of 10.2. He is even dangerous with the bat as well.

NW vs DG Must Picks for Dream11 Fantasy Cricket: 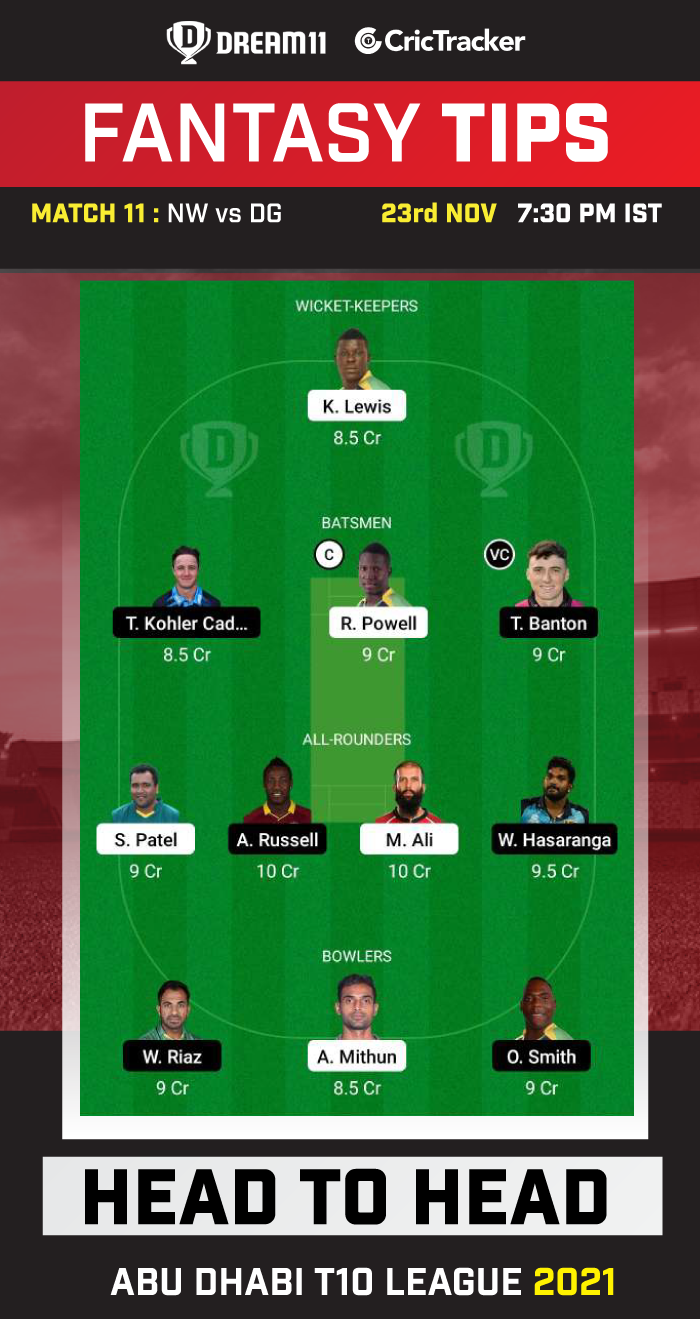 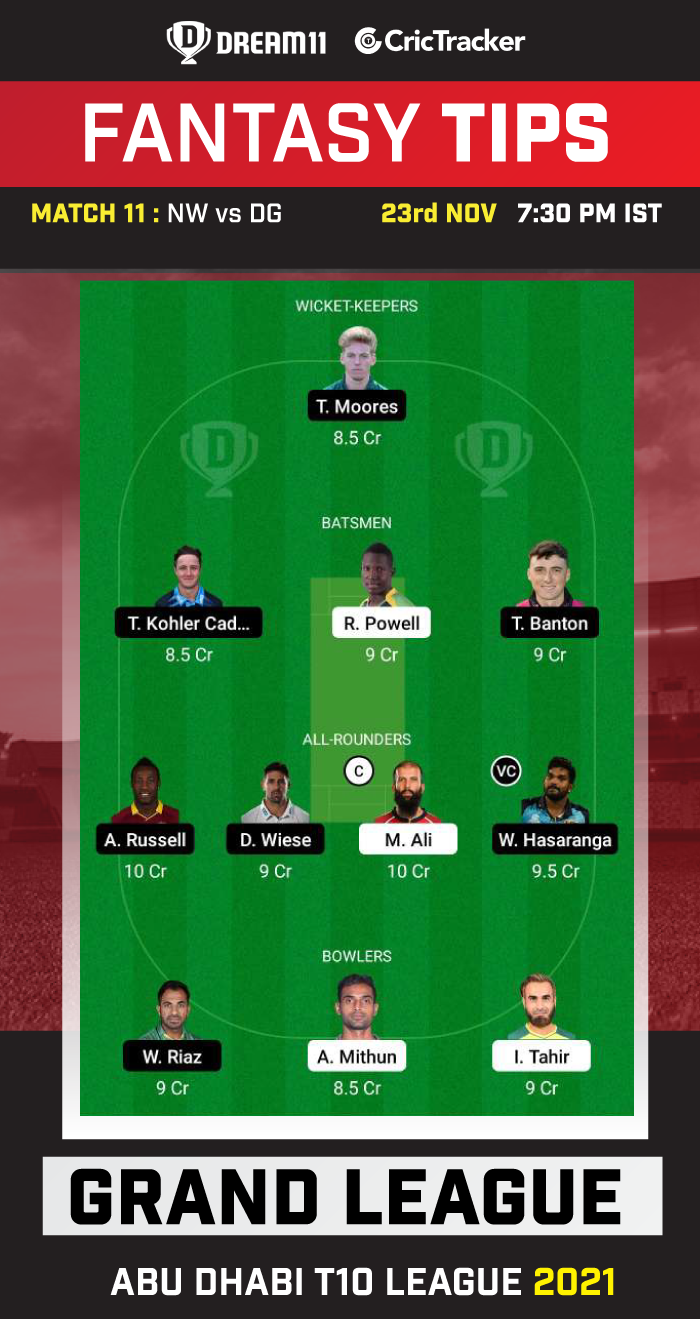 Samit Patel has scored 42 runs and picked up 2 wickets so far in this tournament. Considering his decent all-round performances, he is a risky captaincy pick for your fantasy teams.

Big man, Andre Russell has struck 52 runs in 3 matches at an average of 52 and picked up 3 wickets as well. It’s worth a risk and you can pick him as your fantasy team skipper.

Chris Jordan has gone for plenty of runs in this tournament. He has picked up only one wicket at an economy of 14.6. It’s better to avoid him while making your fantasy teams.