Tom Moores has accumulated 68 runs in 4 matches in this tournament.

Deccan Gladiators will square off with Bangla Tigers in the 15th match of the Abu Dhabi T10 League 2021 on Thursday. Deccan Gladiators are looking in a good form as they have won their last two matches played against Delhi Bulls and Northern Warriors. With 3 wins from four matches, Deccan Gladiators occupy the second spot in the standings. They need to keep the same tempo for the upcoming matches as well.

Talking about Bangla Tigers, they bounced back well in this tournament after two consecutive losses against Team Abu Dhabi and Delhi Bulls. They are on the same track as Deccan Gladiators, having won their last two matches played against Northern Warriors and Chennai Braves. With back-to-back wins in their last two games, Bangla Tigers placed themselves in the 4th spot in the standings.

Chasing has become a trend in this format of the game. The dew factor is expected to play a massive role, especially in the second half of the match. It’s a genuine batting wicket where batters will get full value for their shots if they do play long. Bowling first is a good option

Wanindu Hasaranga is doing well with the ball for Deccan Gladiators and can be pretty handy with the bat as well. He has bagged 8 wickets and has also scored 30 runs with the bat.

Will Jacks is doing his job well so far in this competition with his brutal hitting. He has piled up 78 runs in 4 matches at a strike rate of 205.26.

James Faulkner is bowling exceptionally well in this tournament. He has featured in 4 matches where he scalped 5 wickets at an economy rate of 8.37 and has also scored 19 runs. 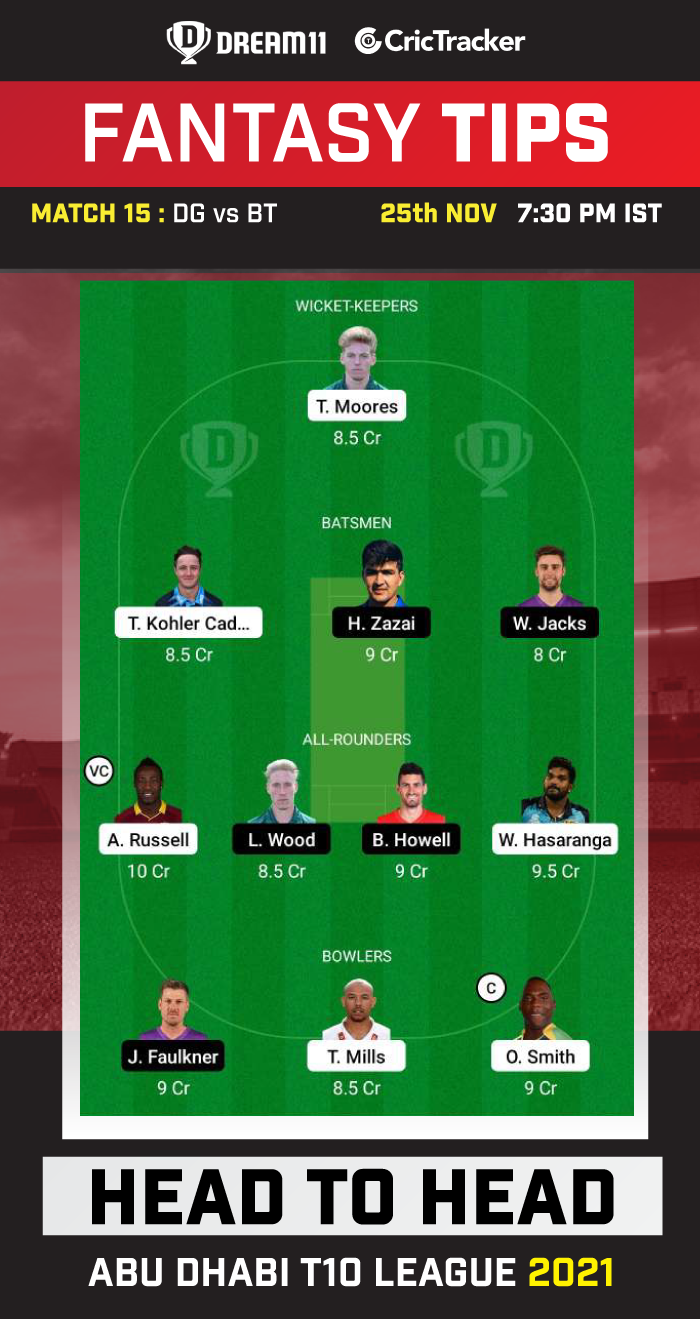 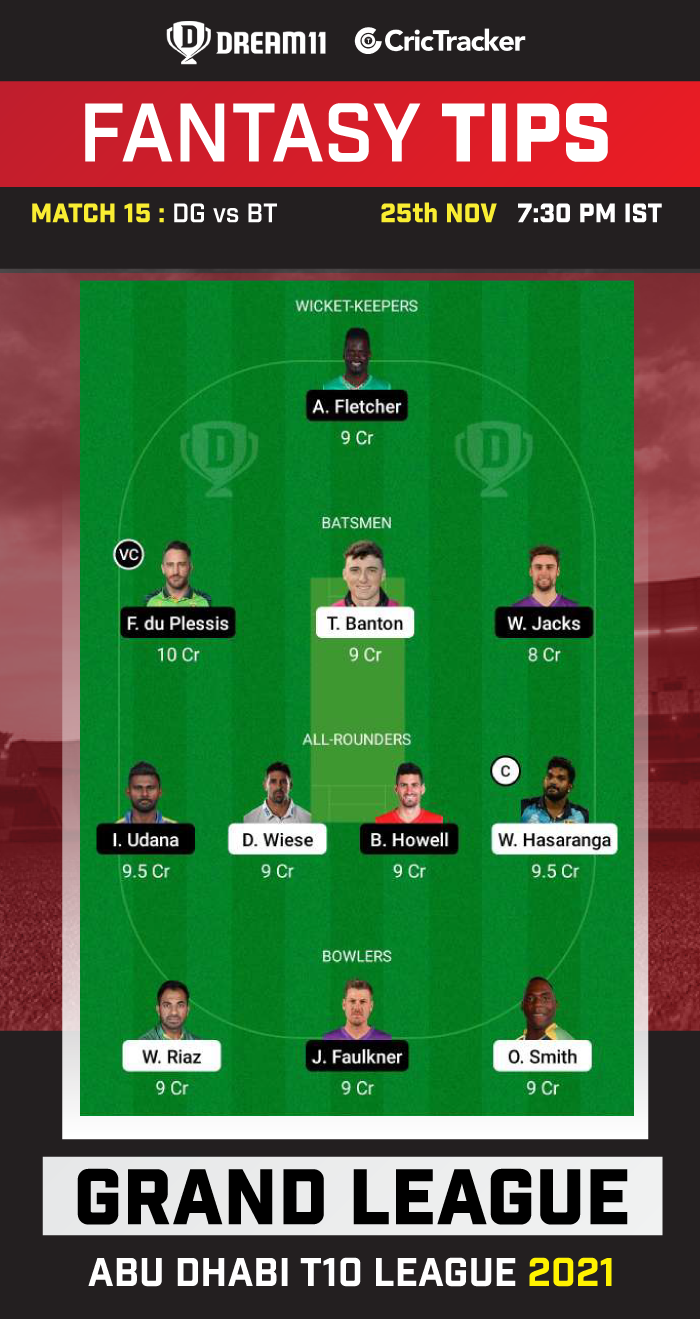 Tom Moores has accumulated 68 runs in 4 matches in this tournament, with the highest score of 47*. He will be a risky captaincy option for your Dream11 fantasy teams.

Benny Howell has managed to score 53 runs in 4 matches at an average of 26.50 and has also picked 3 wickets with the ball. It’s worth a risk and you can pick him as your fantasy team skipper.

Karim Janat has taken only one wicket after featuring in 4 matches in this competition. Hence, it is advisable to avoid him while making your fantasy teams.