Will Jacks is a budget pick at 8 credits.

Bangla Tigers will take on Team Abu Dhabi for the 2nd time in this tournament on Friday. Bangla Tigers didn’t do well in their first two matches, however, came back pretty well and won their next 3 matches on the trot. With 3 wins and 2 losses, they are placed at the 4th spot in the standings with 6 points.

Team Abu Dhabi, on the other hand, will be keen on extending their dream run in this tournament. They are yet to be defeated and have won all their 5 matches played. Jamie Overton was the match-winner for them, handing his side a 6-wicket victory in the final ball of the match against Delhi Bulls. They are sitting pretty at the top of the table with 10 points in their bank.

It’s an absolutely flat batting wicket with no help for the bowlers. We have witnessed epic high-scoring encounters right from the start of this tournament and it is expected to continue in this match as well.

Johnson Charles played useful knocks in the last 2 matches against Deccan Gladiators and Chennai Braves where he added 58 runs. He looks like a different player when he bats at the top of the order.

Hazratullah Zazai has scored the most runs for Bangla Tigers in this tournament. Afghanistan batter has struck 128 runs in 5 matches at an average of 42.66 with a strike rate of 216.94.

The Ashes 2021: Mark McGowan lays down strict rules, girlfriends and wives not allowed to travel with players to Perth

Phil Salt has scored two consecutive half-centuries in the last two matches. He is showing a different kind of approach and getting the desired results. Overall, in 5 matches in this tournament, he has scored 157 runs at an average of 39.25 with the highest score of 63*.

Liam Livingstone is a valuable asset for Team Abu Dhabi. He has notched 152 runs in 5 matches so far in this league at an average of 38 and even picked up 3 wickets as well.

BT vs TAD Must Picks for Dream11 Fantasy Cricket: 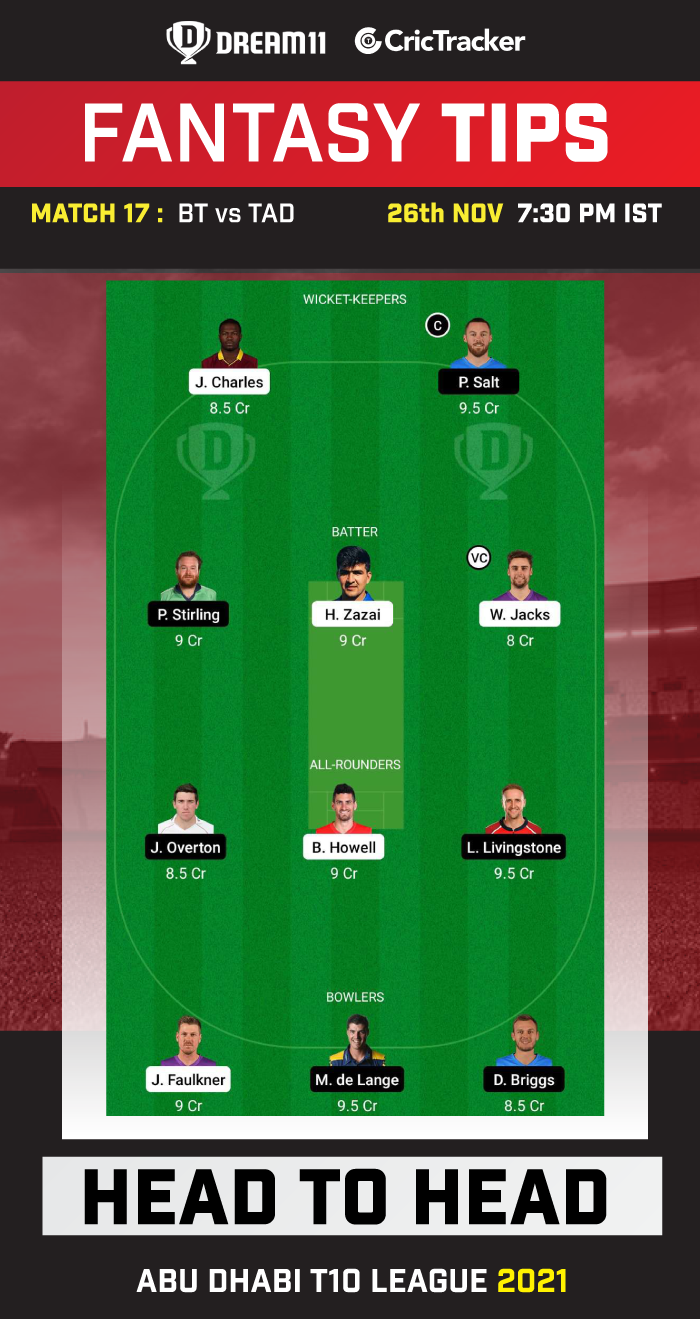 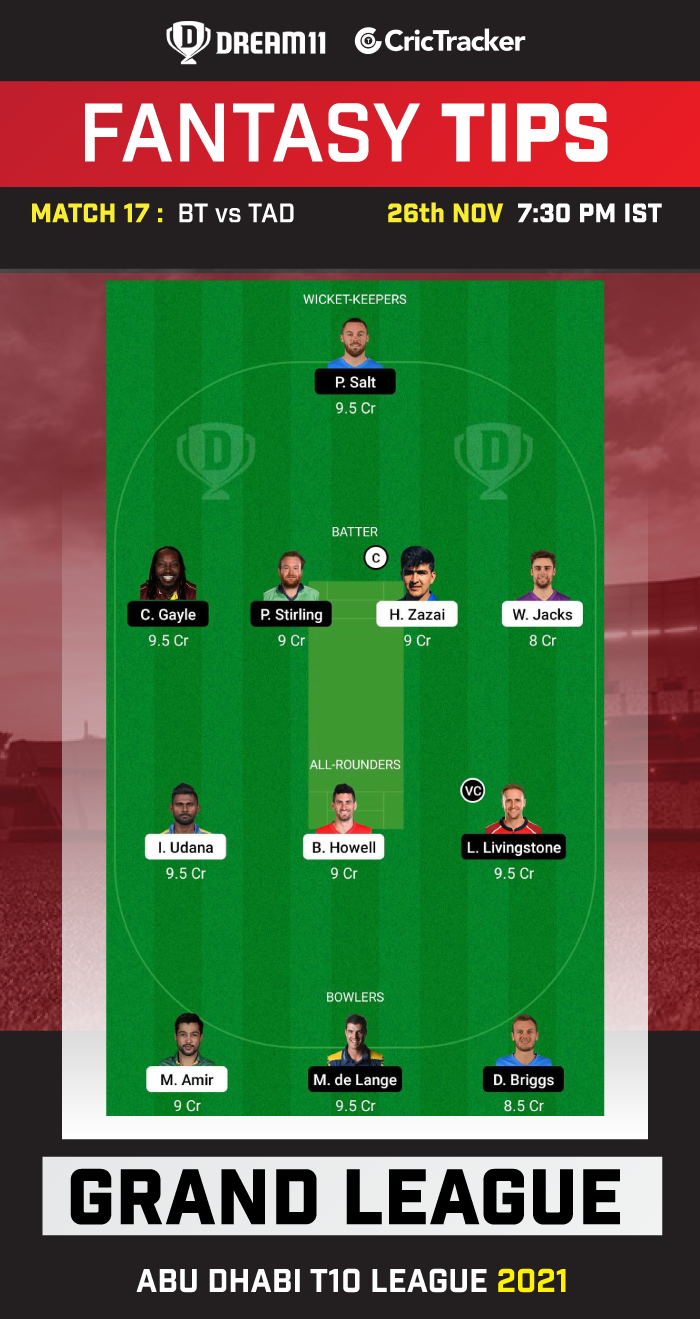 Benny Howell is contributing equally well with both bat and ball for Bangla Tigers. He has scalped 5 wickets and scored 53 runs so far in this tournament. He is a risky captaincy pick for your fantasy teams.

Paul Stirling has notched 104 runs in 5 matches in this competition at an average of 20.8 with a strike rate of 221.27. You can take a risk and pick him as your fantasy team skipper.

Considering a lot of competition in the all-rounder’s slot, it’s better to avoid Karim Janat while making your fantasy teams.