Mohammad Amir opted himself out of the tournament after getting affected by Covid-19 and it's a huge blow for Bangla Tigers.

Team Abu Dhabi will take on Bangla Tigers in the 2nd match of the Abu Dhabi T10 League 2021 on Friday. Team Abu Dhabi was satisfied with the 4th place in the last edition, they lost to Qalandars in the 3rd place Play-off by 21 runs. Liam Livingstone is the new recruit for them, and he will lead the side. Chris Gayle, Paul Stirling, and Naveen ul Haq are the star players in the line-up.

Bangla Tigers, on the other hand, didn’t make it to the playoffs last year as they finished 5th in the Super League standings with 4 points. They had lost to Team Abu Dhabi by 21 runs in their previous meeting. The captaincy responsibilities are on the shoulders of Faf du Plessis and he will be the key man for the Tigers this year.

The surface will be prepared in a such way that the ball comes quite easily on the bat, it’s not the type of format where bowlers enjoy much and there will be less scope for them.

Paul Stirling had a fantastic season last year where he scored 209 runs in 9 matches at an average of 26.12 with an excellent strike rate of 229.67.

Jamie Overton was impressive with his all-round skills in the last edition. In 9 matches, he scalped 12 wickets and scored 77 runs at a strike rate of 192.5.

I have been colour discriminated all my life and unfortunately it happens in our own country: Laxman Sivaramakrishnan

Johnson Charles was the top run-scorer for Bangla Tigers in the last edition. In 6 matches he smashed 181 runs at an average of 36.2 with a strike rate of 201.11.

Andre Fletcher is an aggressive batter in this format of the game and has got immense power to clear the ropes with a lot of ease. He scored 151 runs in 6 matches in the previous edition at an average of 25.16.

TAD vs BT Must Picks for Dream11 Fantasy Cricket: 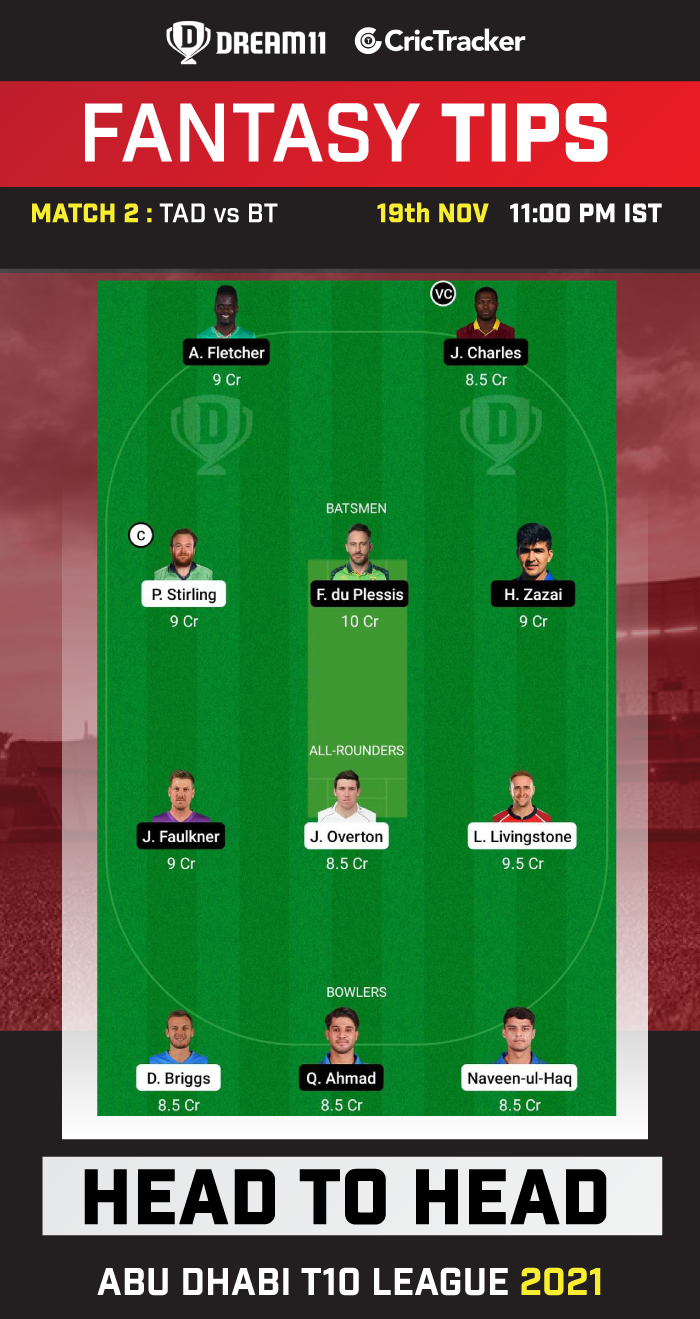 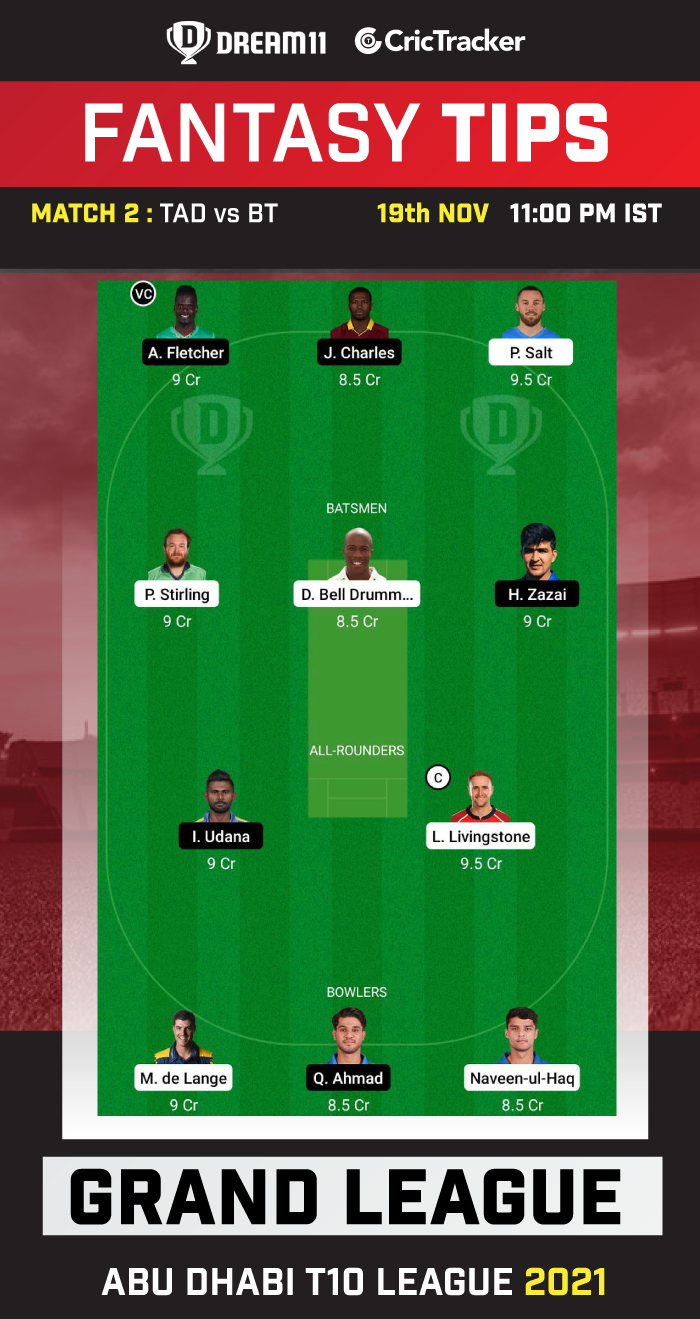 Phil Salt is an impressive young wicketkeeper batter who has got loads of talent under his belt. He is likely to open the innings for Team Abu Dhabi in this tournament. He is a risky captaincy pick for your fantasy teams.

Hazratullah Zazai will be effective at the top of the order and it will be interesting in which position he bats. You can take a risk and pick him as your fantasy team skipper.

Considering a lot of options available in the batter’s slot, it’s better to avoid Adam Lyth while making your fantasy teams.