Deccan Gladiators must win this match to remain at the top spot.

In the top of the table clash, Deccan Gladiators will take on Team Abu Dhabi in the 25thmatch of the competition. Deccan Gladiators are unbeaten in their last 3 matches and are already through to the playoffs. With some fierce hitting from Tom Moores, Andre Russell, and Odean Smith they posted 134 runs on the board against Northern Warriors on Sunday and won the game convincingly by 19 runs.

Team Abu Dhabi are back to the winning ways, as they defeated Chennai Braves by 7 wickets in their previous encounter and registered their sixth win in this tournament. They have placed themselves at the second spot in the standings with 12 points. Phil Salt has been impeccable for them with the bat and he is the player to watch out for.

It’s a cruel format for the bowlers, even the mishits are going for plenty of runs. There are no complaints from the batters as they are scoring runs quite easily. Looks like anything over 120 is a defendable score.

Tom Moores is a gutsy left-hand batter who has got immense power at his disposal. In 6 innings in this tournament, he has scored 122 runs at an average of 30.5 and a strike rate of 193.65.

Tom Banton is an effective batter at the top of the order for Deccan Gladiators. He has the most runs for his side in this tournament with 180 runs in 8 matches.

Phil Salt has stood out with his exceptional batting masterclass in this league. With 3 half-centuries, he has scored 237 runs at an average of 39.5, with the highest score of 63*.

Universe Boss Chris Gayle has featured in only 5 matches in this tournament, but he has scored 155 runs at an average of 77.5 and a strike rate of 196.2.

DG vs TAD Must Picks for Dream11 Fantasy Cricket: 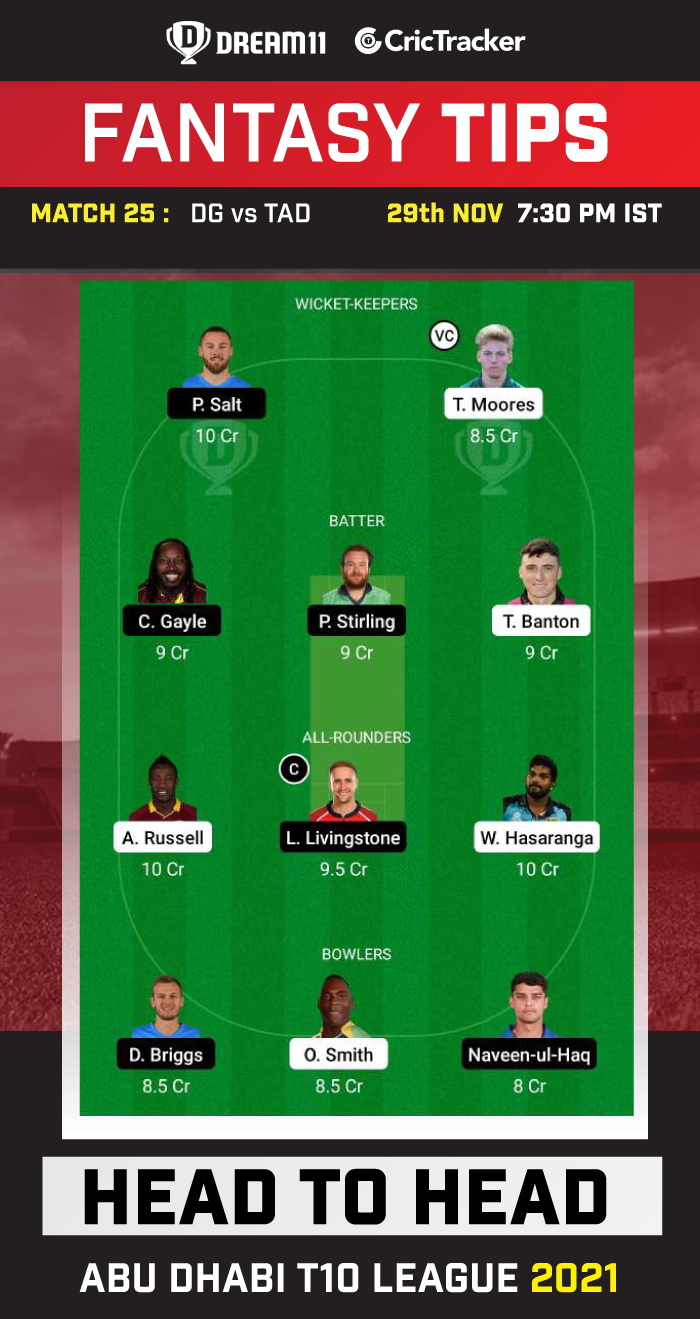 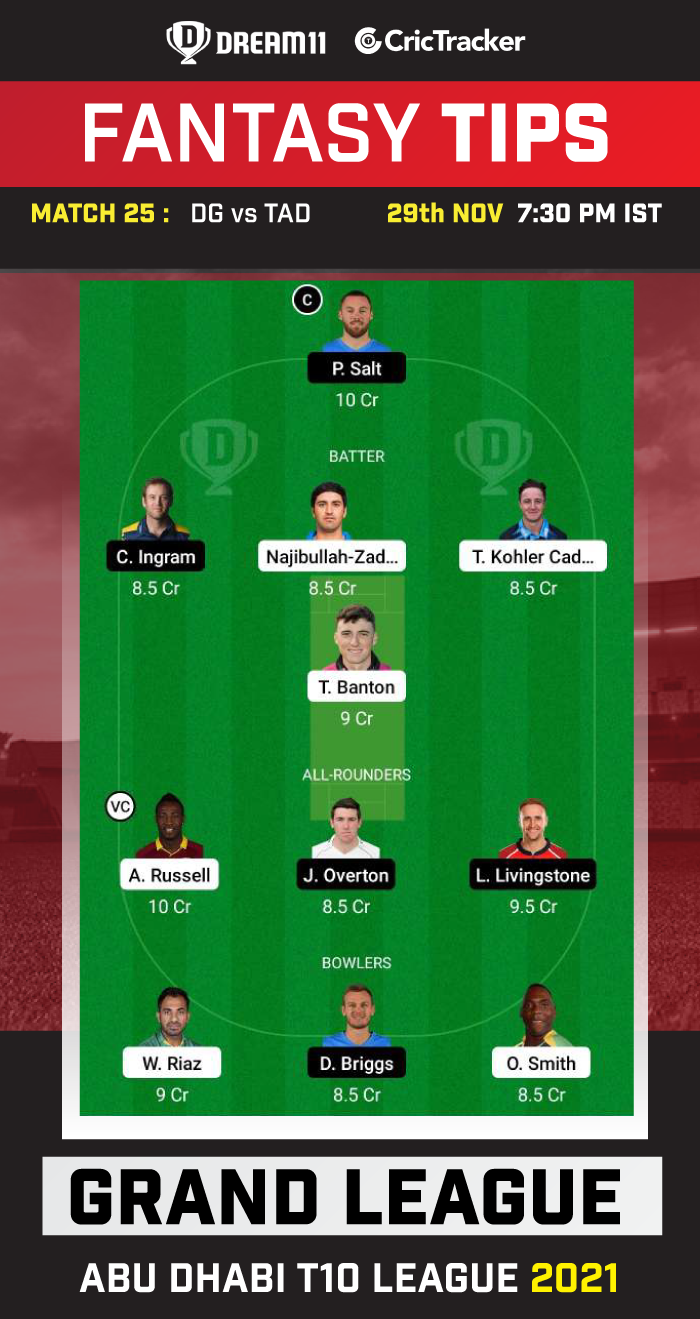 Tom Kohler Cadmore has scored 110 runs in 8 matches so far in this tournament at an average of 15.71. He is a risky captaincy pick for your fantasy teams.

Paul Stirling has had a roller coaster ride in this tournament. The Irishman has scored 145 runs in 8 matches in this tournament at an average of 18.12. You can take a risk and pick him as your fantasy team skipper.

Farooq Muhammad has played 8 matches in this league, he didn’t get the opportunity either to bat or bowl. It’s better to avoid him while making your fantasy teams.