Tom Kohler Cadmore is a good captaincy pick for your fantasy teams.

Deccan Gladiators will be up against the new franchise Chennai Braves in the 3rd match of the tournament. Deccan Gladiators didn’t go well last year, as they finished sixth in the Super League standings with 4 points. The team is very well balanced with capable hitters and talented bowlers, who are all versed in their own aspects. The experienced Wahab Riaz will be leading the side this season.

Chennai Braves are making their debut in the Abu Dhabi T10 League. Led by Sri Lankan limited-overs skipper Dasun Shanaka, the team comprises of star campaigners like Yousuf Pathan, Ravi Bopara, and Munaf Patel. They are all geared up for the cricket’s fastest format and it will be interesting to see how far they go in this tournament.

There is no doubt that it’s one of the best wickets to bat on and we already witnessed two high-scoring games on the opening day of the tournament. The bowlers are always under the scanner, and they need to come up with better game plans and execute well.

Wahab Riaz was part of Northern Warriors in the last edition. He had a decent tournament where he picked up 6 wickets in 7 matches at an economy of 10.21, with the best figures of 2 for 20.

Tom Kohler Cadmore is a dangerous batter at the top of the order who can play unorthodox shots from the start. He did well in the last edition of the competition.

Ravi Bopara played a vital role in getting Delhi Bulls to the finals of the last edition. He was the second-highest run-scorer for the Bulls with 165 runs in 7 innings at an average of 41.25 and a strike rate of 194.11.

Mohammad Shahzad was part of Deccan Gladiators in the previous edition. He had a reasonable tournament, where he has scored 86 runs in 5 matches at a strike rate of 148.27. He is an aggressive batter upfront and will be a good pick for your fantasy teams.

DG vs CB Must Picks for Dream11 Fantasy Cricket: 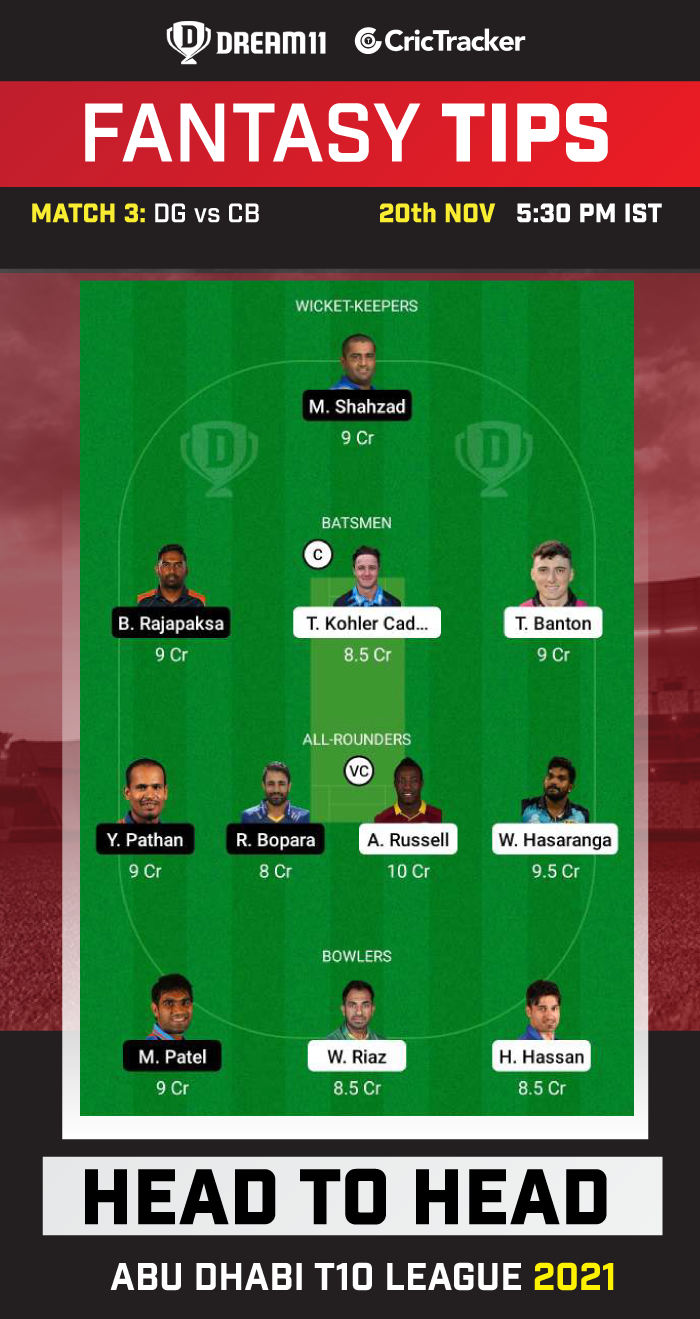 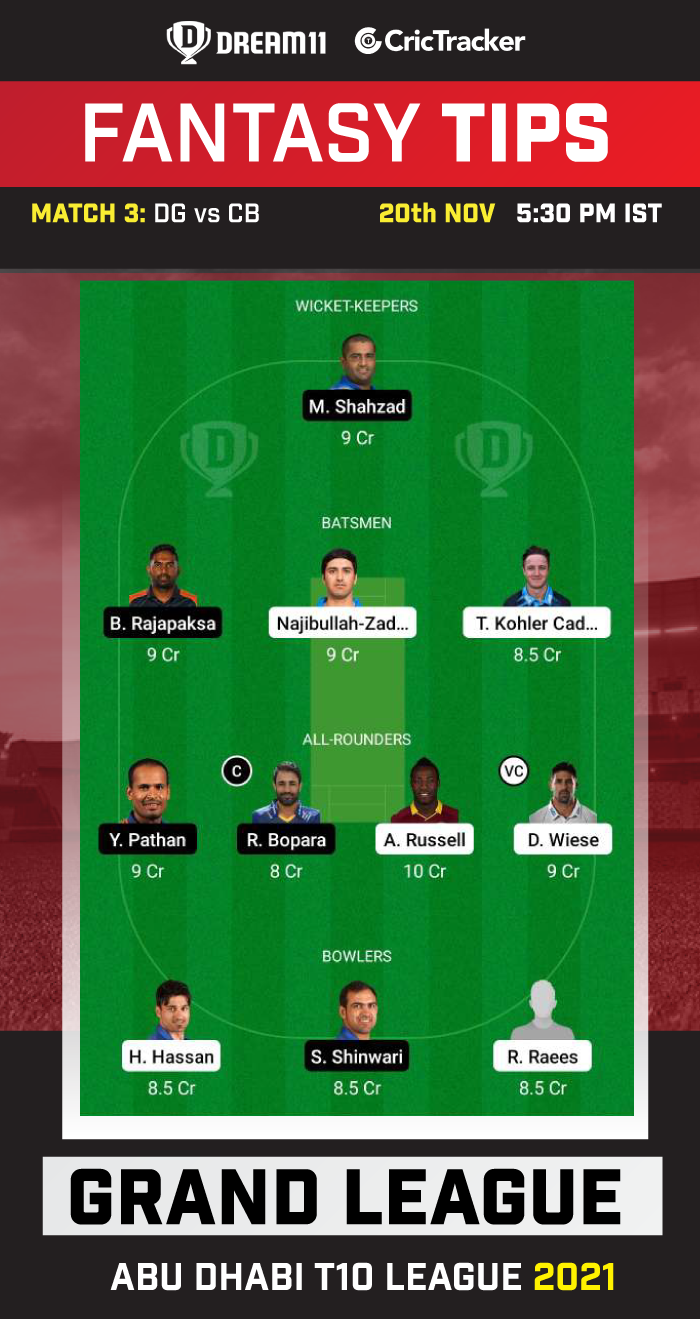 Najibullah Zadran managed to score only 77 runs in 6 innings in the last edition for Team Abu Dhabi. He is in exceptional form with the bat and has scored 2 half-centuries in the T20 World Cup.

Yusuf Pathan will be the icon player for Chennai Braves, and we know what he can do when he is on song. There is plenty of cricket still left in him and a risky captaincy pick for your fantasy teams.

Considering some big names in the all-rounder’s category, it’s hard to include Dasun Shanaka in the final eleven.