Team Abu Dhabi will go one on one against Deccan Gladiators in the 6th match of the Abu Dhabi T10 league 2021. Team Abu Dhabi are off to a flying start in this tournament, with 2 victories on the trot against Bangla Tigers and Northern Warriors. They have some real power hitters in their line-up in the likes of Liam Livingstone, Paul Stirling, and Chris Gayle.

Deccan Gladiators, on the other hand, set a huge target of 147 runs against Chennai Braves with the help of some brutal hitting from Tom Moores and Andre Russell, and wrapped up a win in the end by 24 runs. They got 2 crucial points on the table and look forward to the big game ahead against Team Abu Dhabi.

As expected, the batters are taking control over the matches and the bowlers have very little space. We have already witnessed 3 high-scoring games out of the 5 matches played here and we can expect the same in this match as well.

After missing out in scoring big runs against Bangla Tigers, Liam Livingstone arrived at the party against Northern Warriors and smacked 68* runs from 23 balls, with the help of 2 fours and 8 sixes.

Paul Stirling got out for a golden duck in the last game against Northern Warriors. However, he has a half-century to his name already in this tournament. He is a must-pick for your fantasy teams.

Tom Banton is a power hitter who can be cruel to the bowlers in the initial overs. He batted quite well against Chennai Braves and scored 24 runs from 11 balls.

TAD vs DG Must Picks for Dream11 Fantasy Cricket: 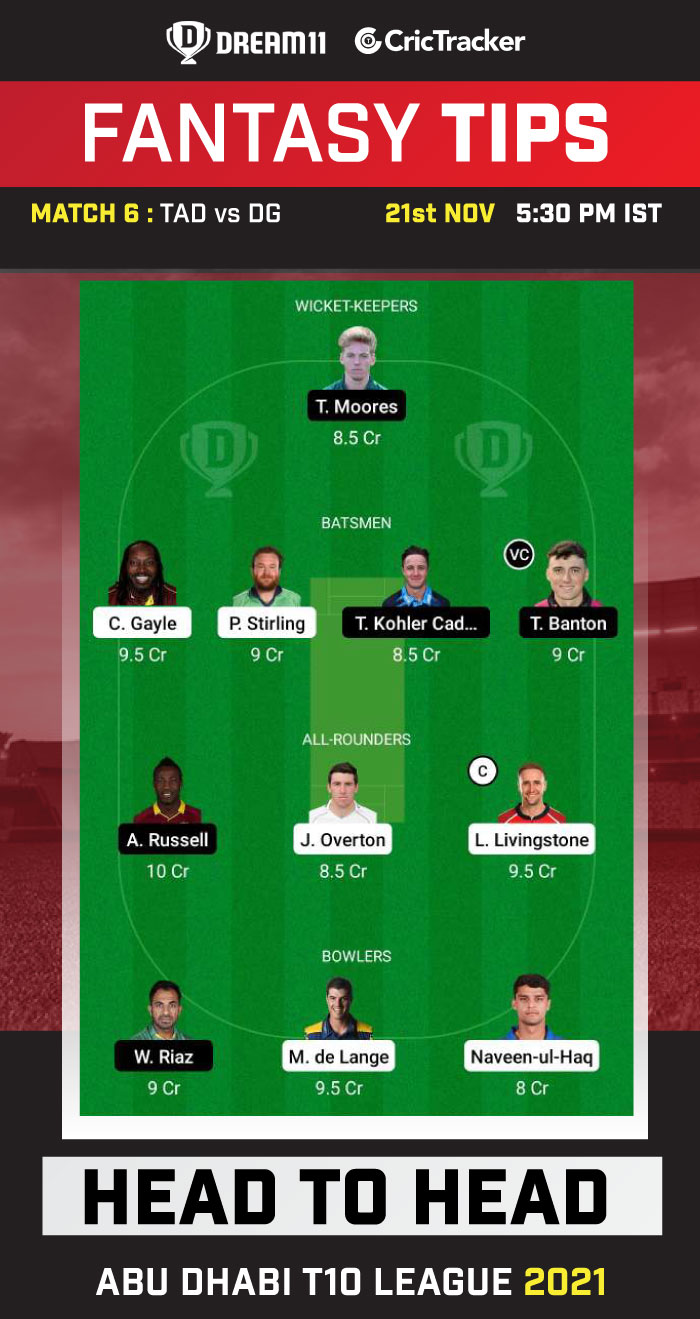 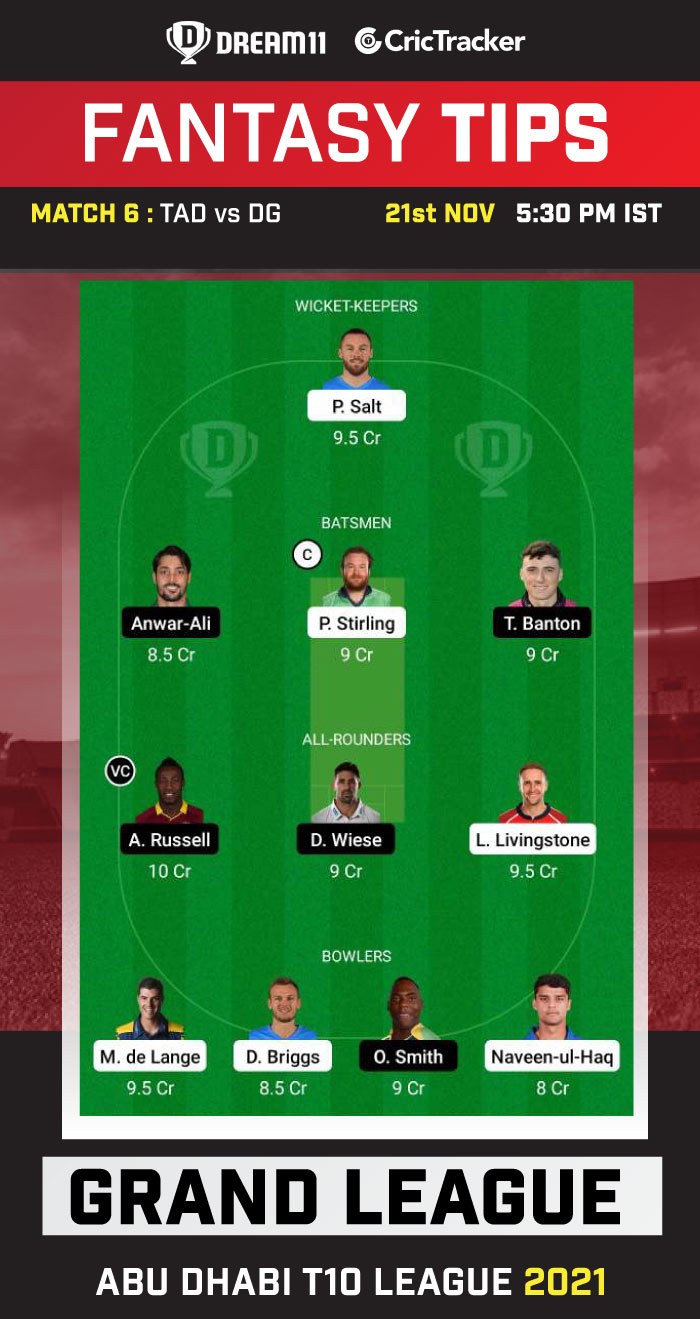 Consistency matters a lot in this format of the game and the Universe Boss Chris Gayle has scored 58 runs in 2 innings in this tournament at an average of 58. He is a risky captaincy pick for your fantasy teams.

Tom Moores played an improbable innings Chennai Braves, where he scored 47* runs from 17 balls. It’s worth a risk and you can pick him as your fantasy team skipper.

Wanindu Hasaranga bats down the order and the chances of him fetching more points with the ball in this format are relatively less. Hence, it’s better to avoid him while making your fantasy teams.