Gohar Manan is a good captaincy option for this encounter.

The ACCB side will lock horns against the United Cricket Club in the 11th and 12th matches of the ECS Romania T10 tournament. Both these battles will be held at the Moara Vlasiei Cricket Ground.

The first match between these two outfits will commence at 03:30 PM, while the second match is scheduled to start at 05:30 PM.

The ACCB side has been unstoppable in the tournament thus far. The side has won all the three matches that it has played, and is perched at the top in the points table. In their previous battle against the Bucharest Gladiators, they decimated their opponents by 59 runs.

The United Cricket Club, on the other hand, has won 2 out of the 4 matches that it has played, and is positioned at the 3rd place in the points table. They went down to the Cluj Cricket Club in their previous encounter by 27 runs.

Captaincy Picks for ACB vs UCC

Gohar Manan went berserk in ACCB’s previous match against the Bucharest Gladiators. He scored a murderous 83 off just 26 deliveries. His ravishing knock helped his side thrash their opponents by 59 runs. If Manan gets going, he cannot be stopped.

Stan Ahuja scored a 22-ball 39* for the United Cricket Club in their previous match. He scored 3 fours and 3 sixes in his excellent innings. Ahuja is a batsman who can take the game away from the opposition in very quick time. 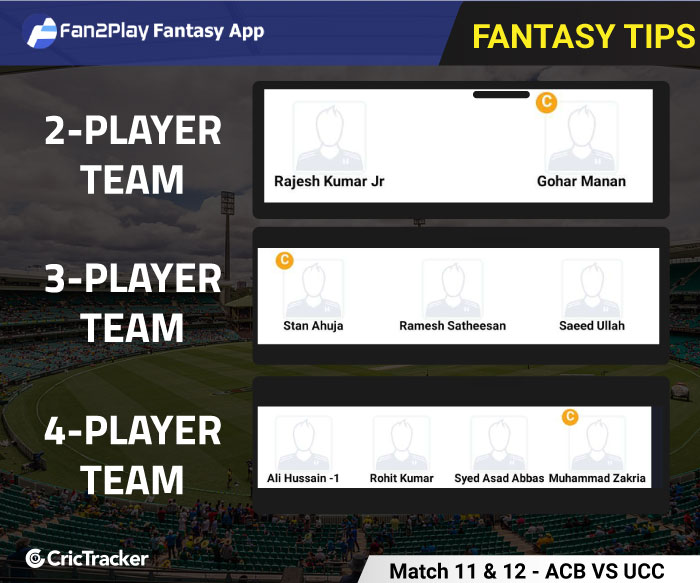 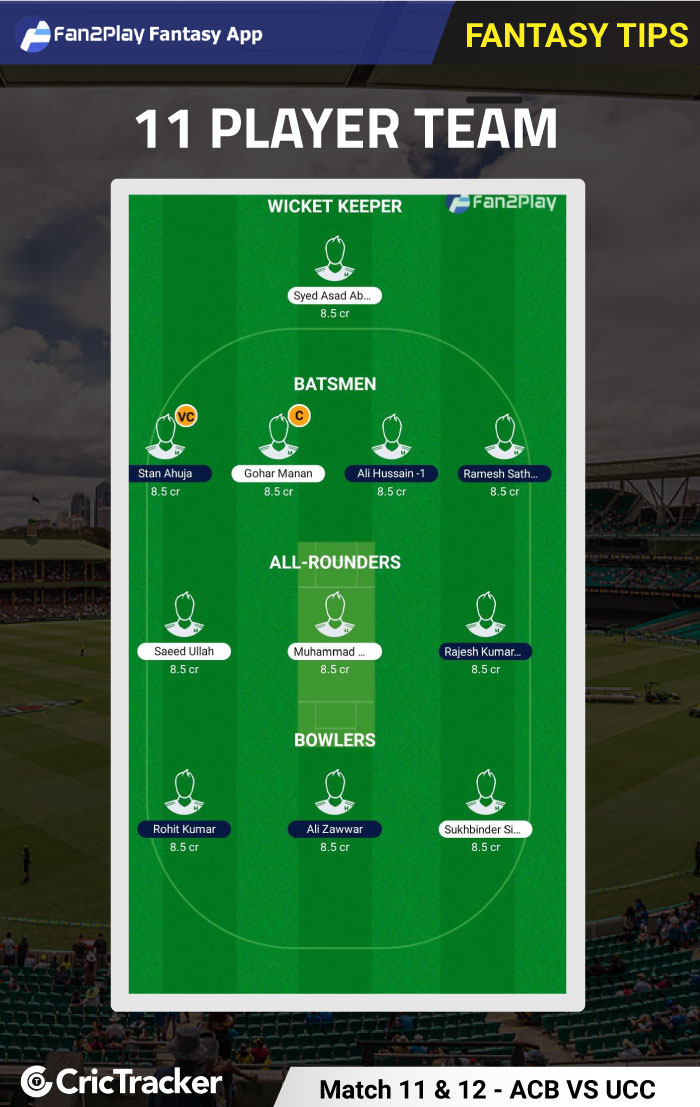