Peter Siddle is a good captaincy pick for this rubber.

Adelaide Strikers will take on the Perth Scorchers in the 49th match of the Australian T20 Bash. The Perth Scorchers are occupying the top position in the points table and have won 10 out of the 12 matches that they have played in the competition.

The Strikers are occupying the 6th position in the table, and have emerged triumphant in 3 out of their 11 matches. Both these sides emerged victorious in their respective previous encounters.

The batters will surely get rewarded for their shots on this surface. Expect a high-scoring encounter between these two outfits.

Jonathan Wells has been in top form in the competition and has scored over 300 runs at an average of over 30. Wells will look to help his side to a win against the Scorchers.

Peter Siddle has prized out 18 willow wielders in the competition and has scalped them at a strike rate of just 13.30. He will play a pivotal role with the ball for his side.

Andrew Tye is the highest wicket-taker for the Scorchers and has taken 19 wickets at an average of under 17. Tye will cause some trouble to the batters with the plethora of variations up his sleeve. 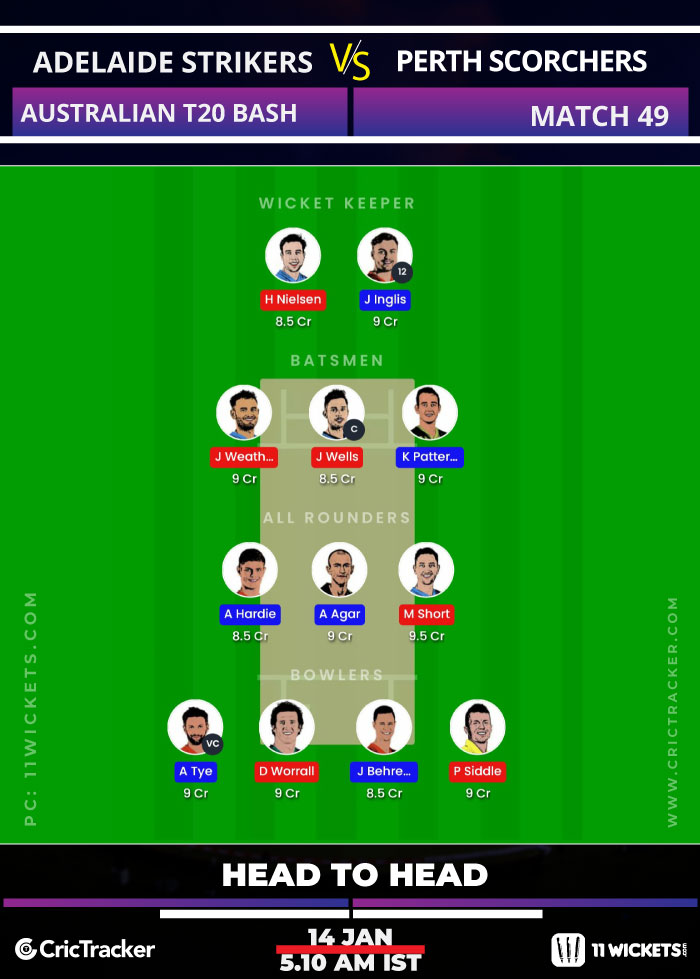 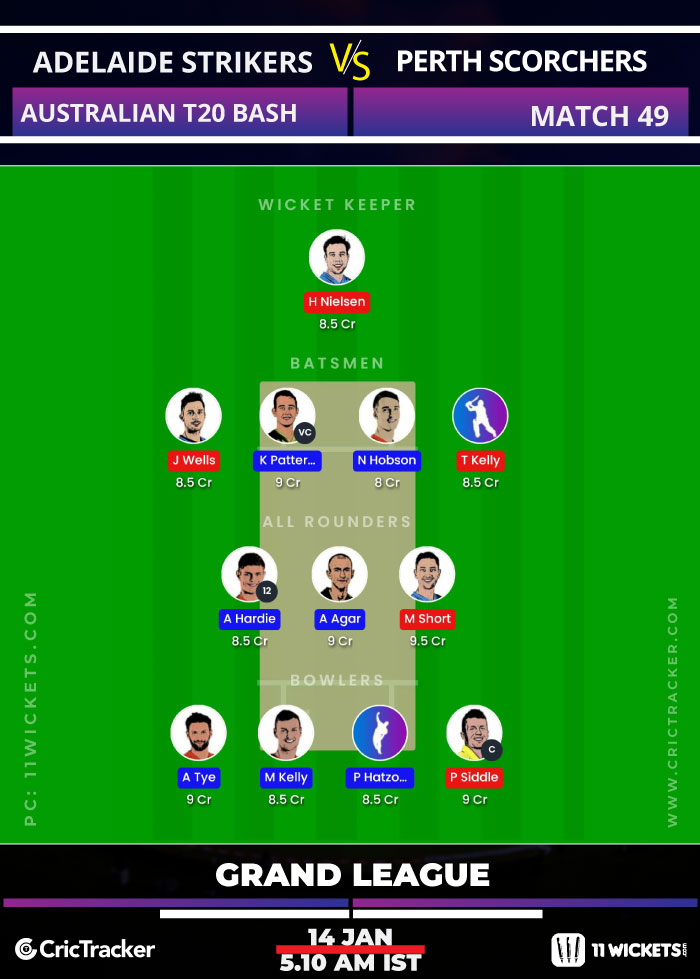