Ibrahim Zadran can be a clever budget pick from the batsmen. 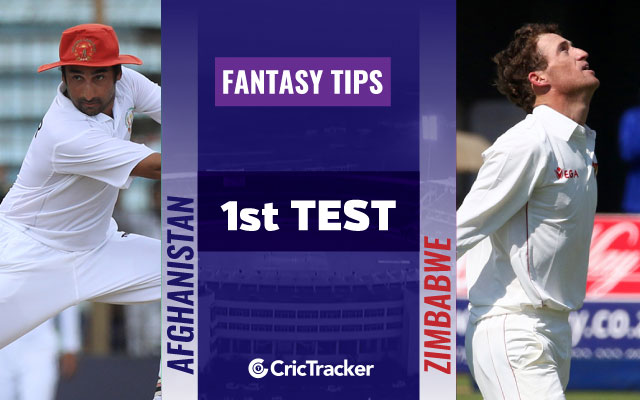 The first Test of the two-match Test series between Afghanistan and Zimbabwe will be played at the Sheikh Zayed Stadium in Abu Dhabi, on 2nd March, Tuesday.

After a long break, Afghanistan and Zimbabwe will finally be seen playing with the red ball again. They will be locking horns in a 2-match Test series here in Abu Dhabi. It is been around a year and a half since Afghanistan last played a Test match.

In their short history of 4 Test matches, they have won two games. On the other hand, it has been more than a year since Zimbabwe last donned their whites. Their form in Tests is concerning, as they lost 3 and drawn the other of their last 4 Test matches. However, their new and youthful side certainly packs a punch, and this series should be a fascinating match.

As we saw in the entire Abu Dhabi T10 competition, the weather will again be perfect for cricket. The temperature will be around 24-27 °C, with the chances of precipitation being nil.

There haven’t been many test matches played at this venue recently, but the track here at Abu Dhabi is generally a batting-friendly one.

Rashid Khan suffered a finger injury during his time in PSL, but he was seen in Afghanistan’s practice session, It will be important to check the playing XIs after the toss.

Kevin Kasuza scored a century in the practice game recently. His current form is impressive, as he also played well in the Logan Cup.

Sean Williams also batted well in that practice game, as he scored over 80 runs. He is the most experienced member of the current Zimbabwean batting lineup.

Rashid Khan should definitely be your captaincy choice, provided he is fit to play. He has picked up 23 wickets in just 4 Tests for Afghanistan.

Rahmat Shah is currently the leading run-scorer in the Test cricket history of Afghanistan. He has scored 298 runs at an average of nearly 40, which includes a century. 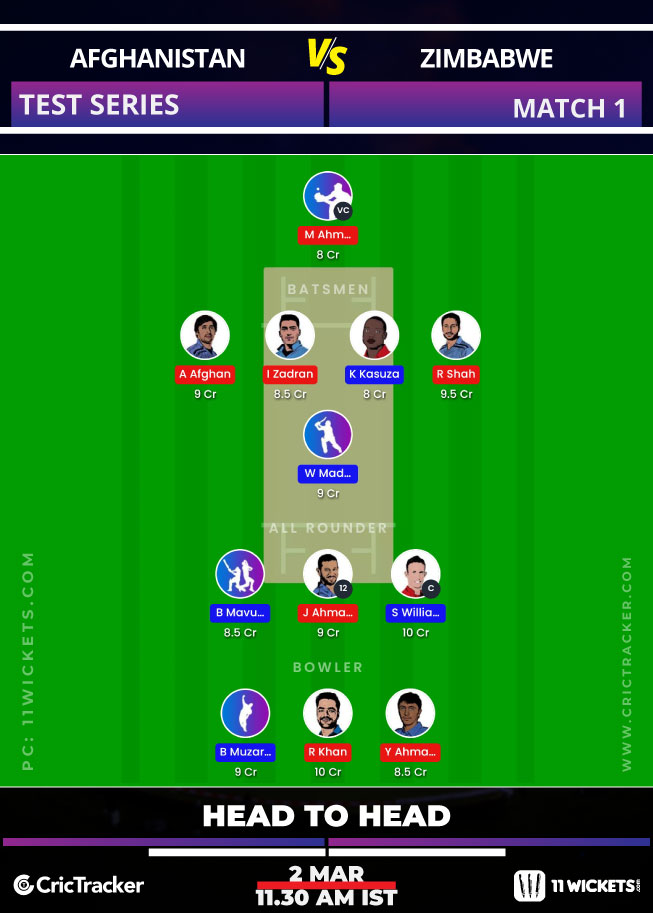 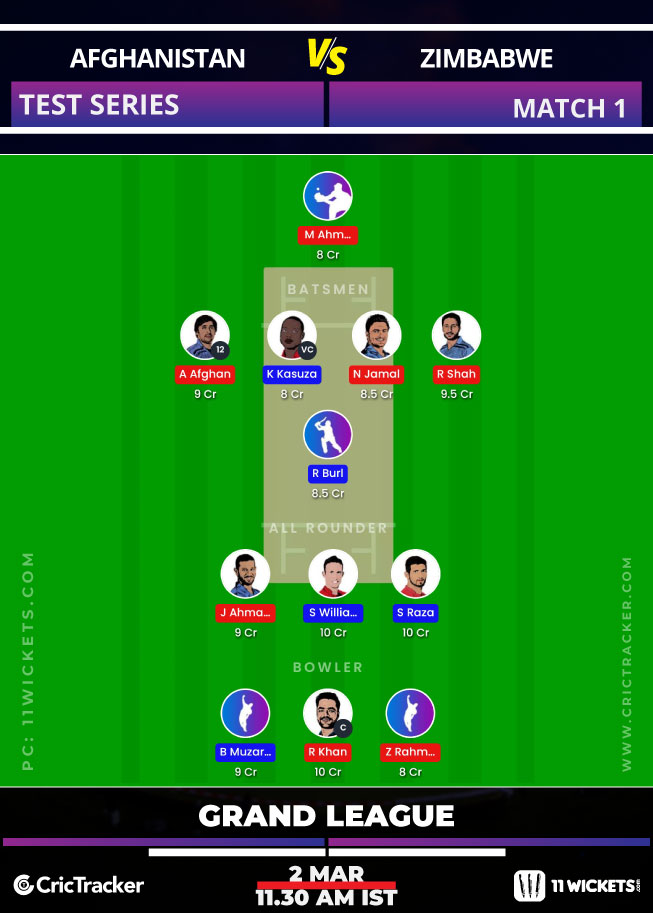 Ibrahim Zadran can be a clever budget pick from the batsmen. In just 2 Test matches, he has scored 148 runs at an average of nearly 40.