Shahidullah Kamal can be a good captaincy pick.

Maiwand Defenders (MD) and Pamir Legends (PAL) will be up against each other in Match 4 of Afghan OD Cup 2022. MD have have 1 win in 2 league matches. In their last outing, they lost by 80 runs to HS. The likes of Mujeeb Ur Rahman and Darvish Rasooli will be their key players.

On the other hand, PAL lost by 3 runs, in a chase of 165 in their last league match against HS. The team will rely on the performances of Gulbadin Naib and Shahidullah.

The surface at this ground is expected to provide fine assistance to the batter throughout the match. As the innings progress, the spinners will be a lethal weapon to take wickets. The scores of 200+ runs will be a tough score to chase down the score.

Darwish Rasooli is the leading run-scorer of the Defenders with 100 runs in 2 matches at a strike rate of 88.49.

The experienced Mujeeb Ur Rahman picked 3 wickets in his first appearance at an economy of 2.70.

Gulbadin Naib has picked five wickets in two league matches at an economy of 3.94 and contributed 14 runs.

MD vs PAL Must Picks for Dream11 Fantasy Cricket: 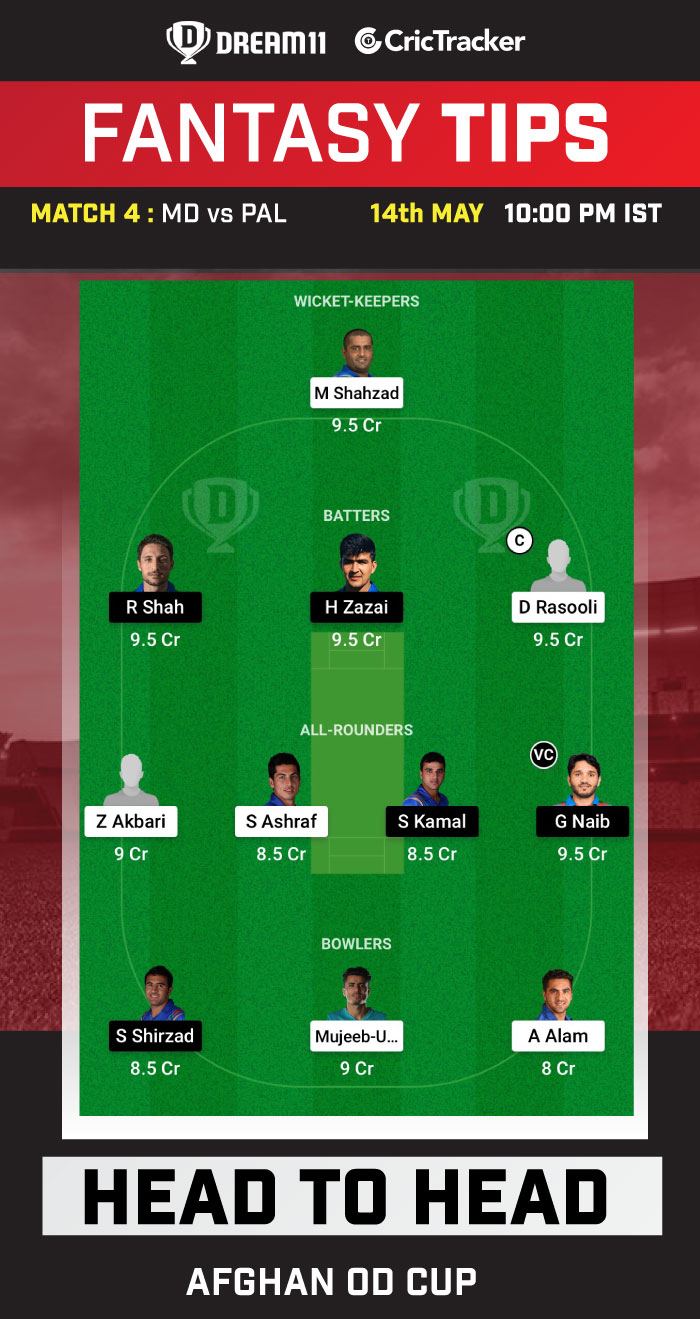 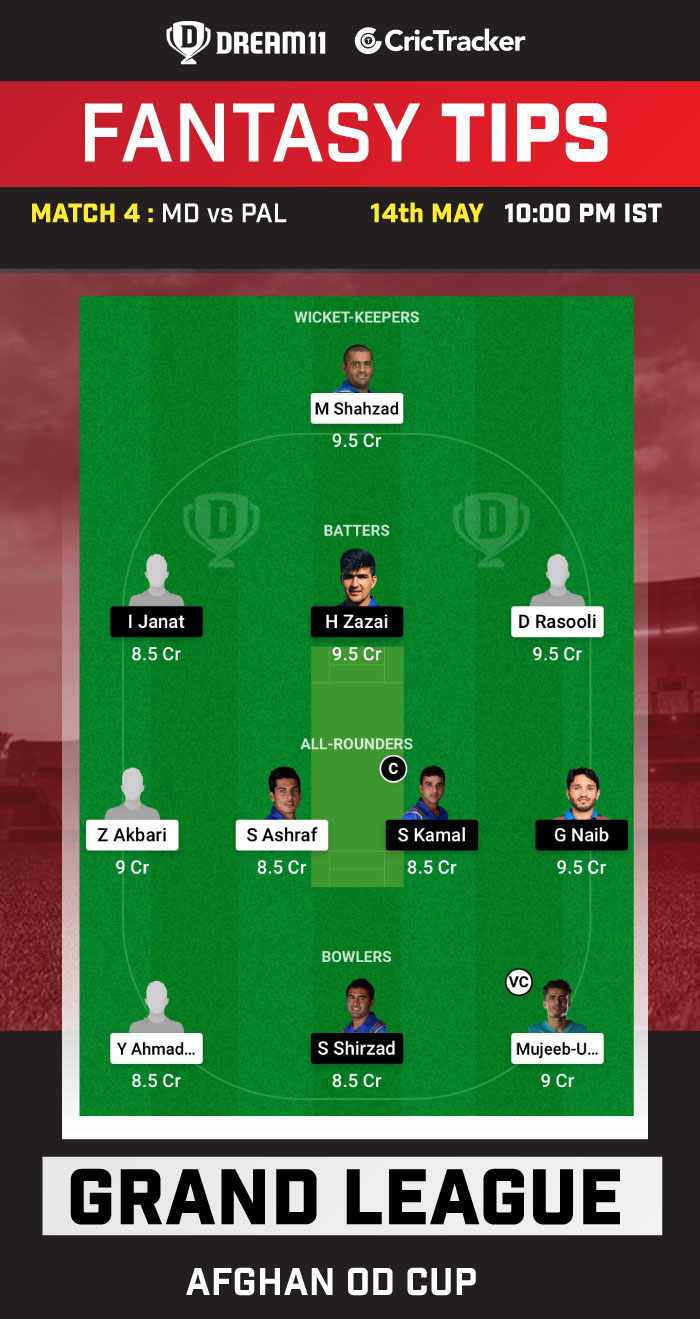 MD is expected to secure a victory in this fixture.