Since the pitch has offered a good amount of assistance for the bowlers, you can take a chance by picking five of them in one of your teams.

The 2nd Semi-Final of the Afghan One-Day Cup 2020 is all set to play between Nangarhar Province and Kabul Province at the Mis Ainak Cricket Stadium in Khost.

Nangarhar Province finished first in Group B while the Kabul Province finished second in Group A. Both the teams have won two games each out of the three that they have played in the group stages. They will both look forward to doing well and making it to the final.

There could be a few rain interruptions for this game. The humidity levels are forecast to be on the higher side.

The bowlers have enjoyed a good amount of support from this pitch. Anything over 230 runs will be a good total for the team batting first. 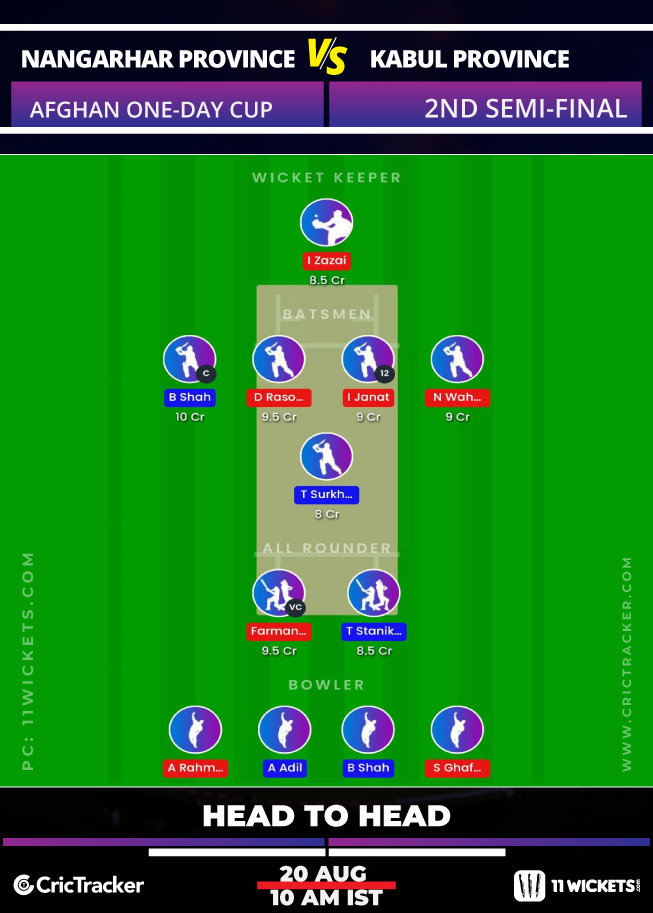 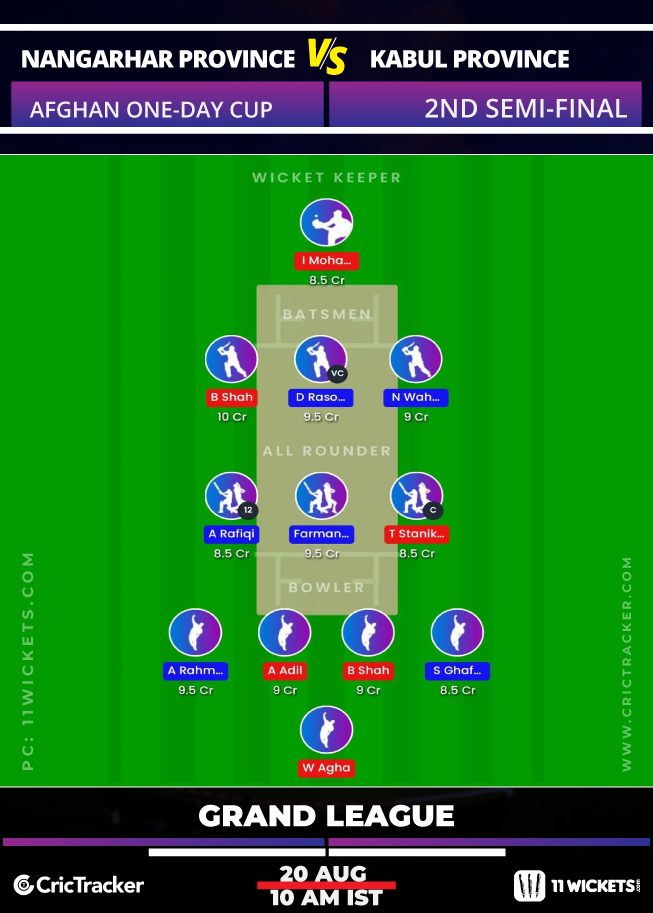 Since the pitch has offered a good amount of assistance for the bowlers, you can take a chance by picking five of them in one of your teams.