Khost Province is expected to win this match and lift the title.

The Final of the Afghan One Day Cup 2020, is all set to be played between the Khost Province and the Nangarhar Province at the Khost Cricket Stadium.

After all the action over the last few days, it has turned out that the Khost Province and the Nangarhar Province are the two better teams in the tournament. These two sides will now battle to be the best in the Final. Both the teams have been equally good and there is not much that separates them. They registered good victories in the semi-final games and will be eager to clinch the trophy. A tough, competitive match can be expected.

There is a 20 per cent chance of rain but that shouldn’t cause much of an interruption. It is very likely that we will have a full game of cricket.

Pacers have got good help from the pitch but the track is quite batsmen-friendly. It the batsmen can utilise their full potential, big scores can be put up on the board. 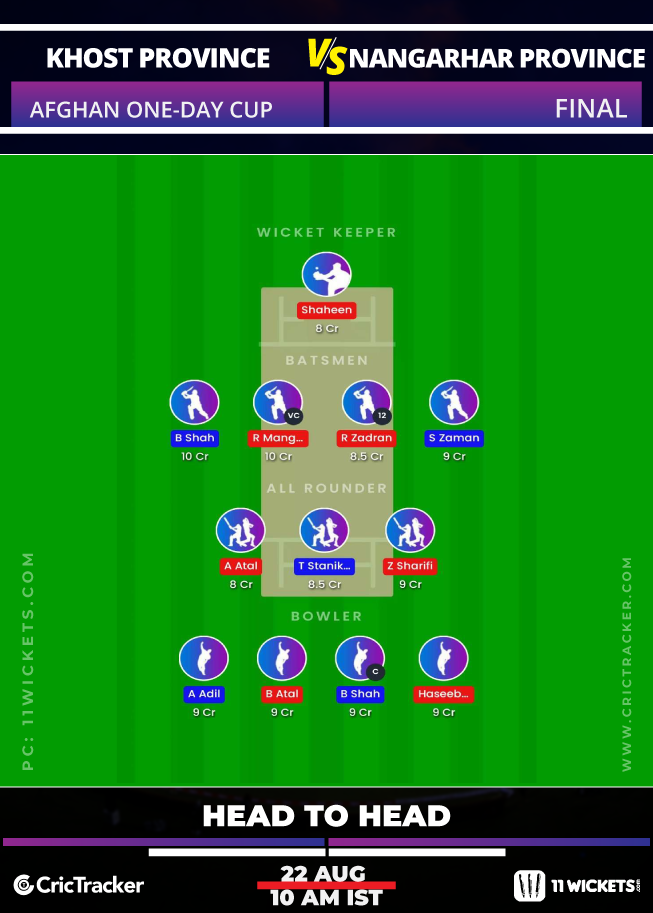 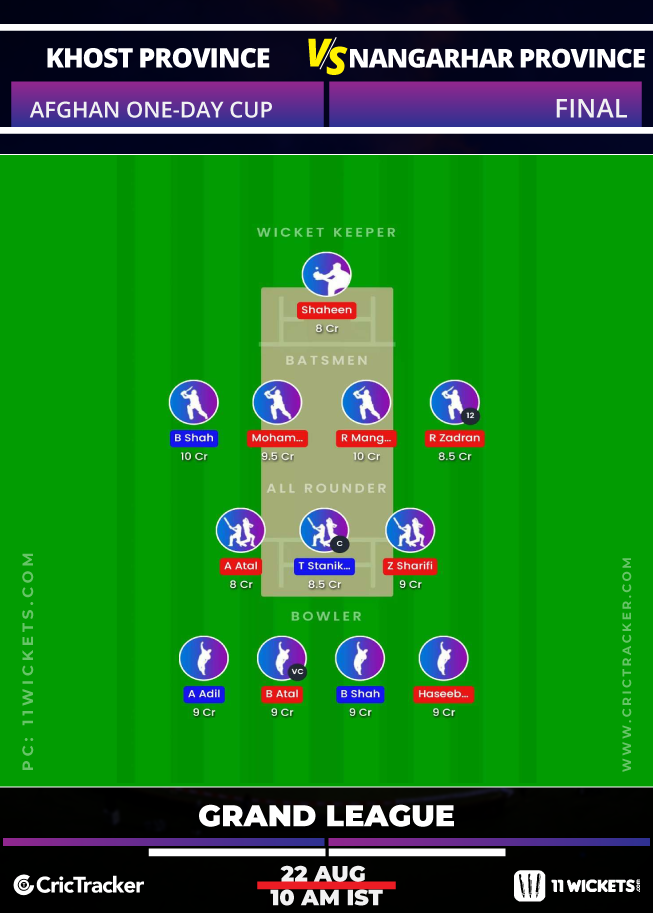 Picking bowlers as the multipliers might be surprising to some of you. But they have been fabulous in the tournament and you should take a chance by picking them as your captain or vice-captain.

Khost Province is expected to win this match and lift the title.