The third match of the Afghan One-Day Cup will be played between Kandahar Province and Faryab Province at the Mis Ainak Cricket Ground.

The Afghan One-Day Cup 2020 got underway on Thursday with two one-sided games. Following the trend, another double-header will be played on Friday. In one of these games that will be played on the second day, the Kandahar Province will play Faryab Province. Unlike the first two games, both these teams will hope to put up a better show. In both the games that were played on the first day, teams were bowled out for paltry scores and the targets were chased down comfortably.

On Friday, the skies will stay cloudy in Afghanistan and there is no prediction of rain. The temperature is expected to be around 25 degrees Celsius.

The pitch isn’t as bad as it looked for batting. Balkh Province failed to bat properly.

Average 1st innings score: 57 (One game played at this venue in the tournament)

Waqarullah Ishaq scored 281 runs for his team and even picked up 13 wickets with the ball. With 173 runs, Bilal is the second-highest run-scorer for his team. Mohammad Alam picked up 16 wickets in the Afghan One-Day Cup and is the leading wicket-taker for Kandahar. 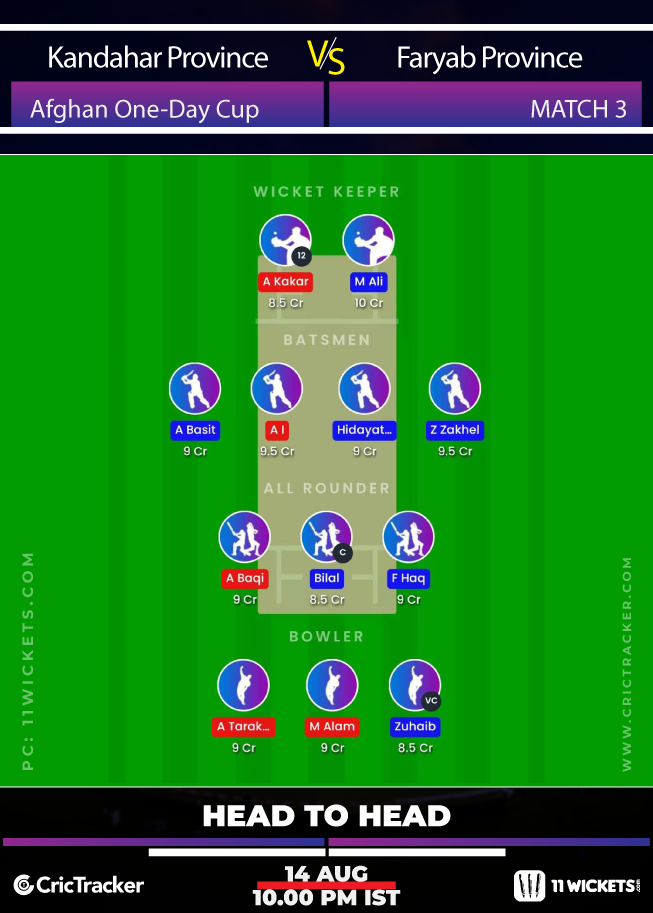 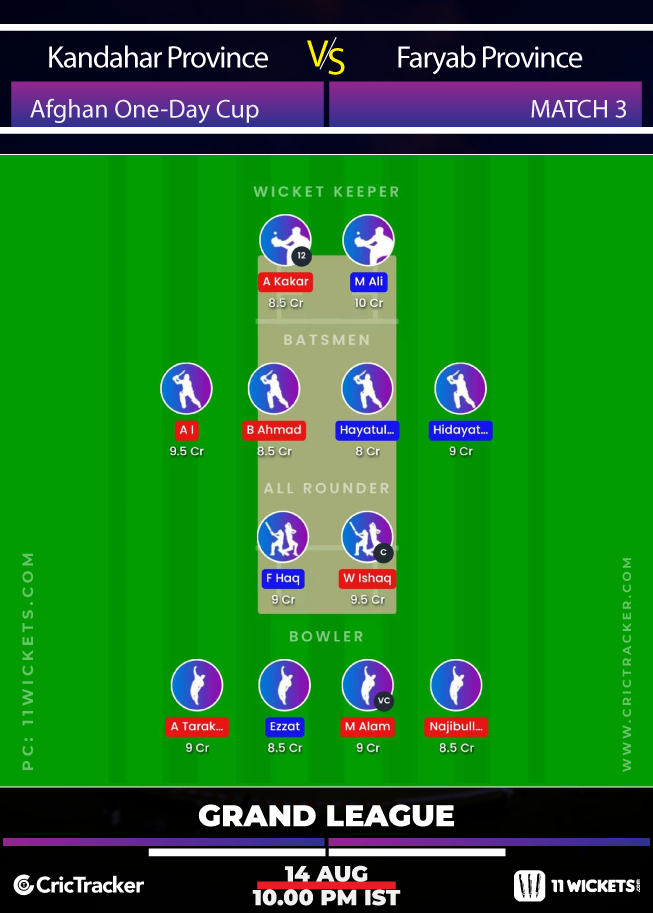 Zuhaib is a quality bowler and could turn out to be potential difference in this contest.