Zuhaib has bowled brilliantly for Faryab Province. He has two wickets to his name and is one of the team’s best bowlers.

The third match of the Afghan One-Day Cup will be played between Kandahar Province and Faryab Province at the Mis Ainak Cricket Ground.

The Afghan One-Day Cup 2020 got underway in Khost on Thursday. After two lopsided matches on the opening day of the tournament, the action will continue on the second day with another double-header. Kandahar Province will open their campaign against Faryab Province on Friday.

The first two games were dominated by Khost Province and Kabul Province in one-sided fashion. The fans would expect a better show from Kandahar Province and Faryab Province in the third match. However, the players of both teams do not have a great deal of experience.

The skies will stay mostly cloudy in Afghanistan. There are zero predictions for rain, with the temperature expected to be around 25 degrees Celsius.

Looking at the first two matches, both the captains would look to chase on this pitch. However, the fans should note that the matches were played between two unevenly matched teams. The pitch should be good for batting.

Average 1st innings score: 105 (One game played at this venue in the tournament)

Waqarullah Ishaq will be the top pick from Kandahar Province. He has scored 281 runs for them at a strike rate of 80.28. Also, he has scalped 13 wickets.

Mohammad Alam will be the player to look out for from the bowling attack. Alam is Kandahar’s leading wicket-taker with 16 wickets to his name. He has scored 55 runs with the bat at a strike rate of 52.

Bilal has been the most impressive player for Faryab Province. With 173 runs at a strike rate of 87.37, he is the team’s second-highest run-scorer. 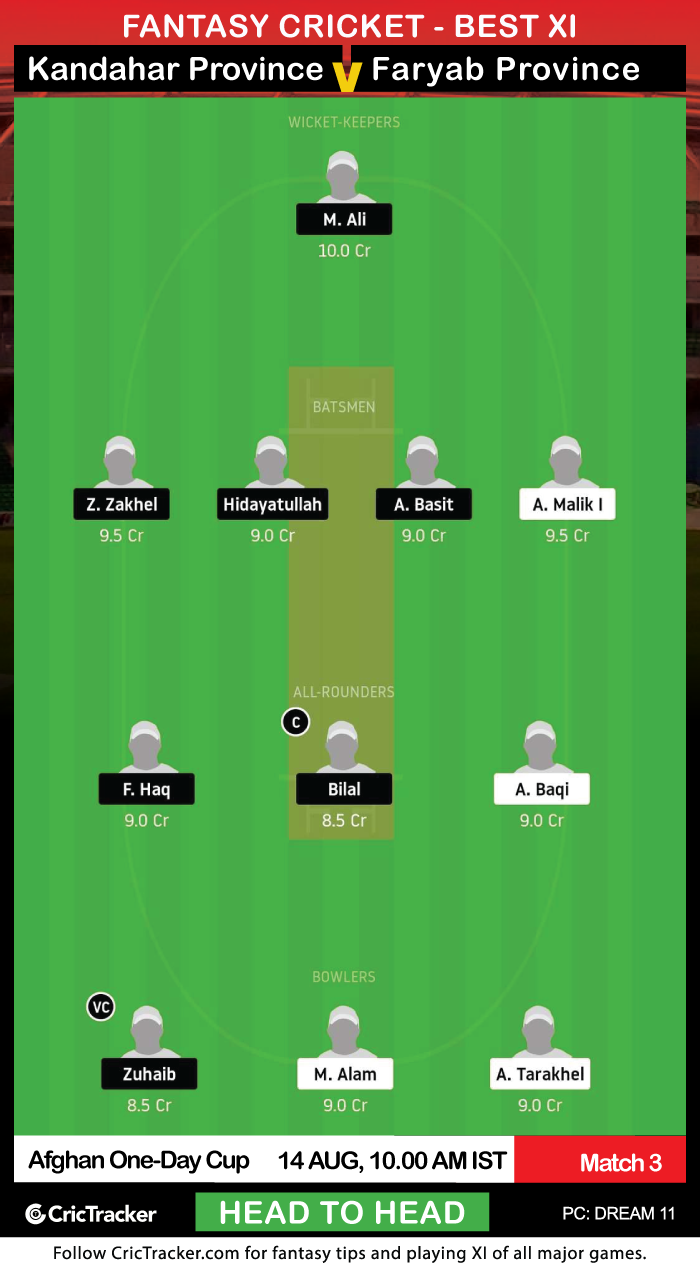 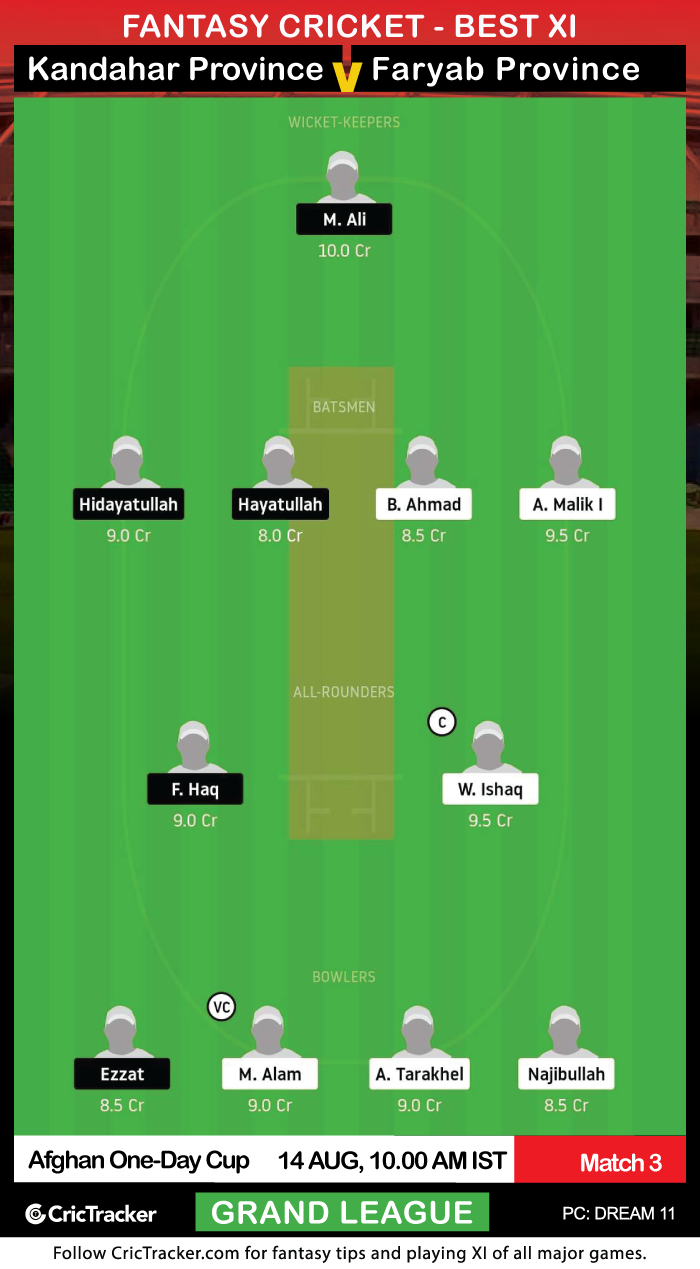 Zuhaib has bowled brilliantly for Faryab Province. He has two wickets to his name and is one of the team’s best bowlers. At the time of this writing, only 24% of Dream11 users picked him in the team. He could prove to be a differential in this contest.