The fourth match of the Afghan One-Day Cup will be played between Nangarhar Province and Maidan Wardak Province at the Khost Cricket ground.

The Afghan One-Day Cup 2020 failed to reach the expectations on its opening day. In the two matches that were played, the highest score in an innings was just 110 runs. And the game that was played at the Khost Cricket Ground didn’t even witness 120 runs scored in both the innings together.

In the next game at this venue, the Nangarhar Province will take on the Maidan Wardak Province. Both these teams have some a few good and experienced players. Cometh this game of the tournament, the teams will focus on putting up a better show than on Day-1 of the tournament.

The weather is good Khost and conducive for a cricket game. The temperatures go up slightly as the day progresses.

After looking at what happened on the first team, the captain who wins the toss might want to bowl first. The pitch is decent enough for batting and the average first innings score is not indicative of the same.

Average 1st innings score: 57 (Matches in this tournament at this venue)

Shawkat Zaman is the highest run-scorer for his team. He has mustered 462 runs so far in the tournament. Abdullah Adil is another one of those top picks and has accounted for 17 wickets in the Afghan One-Day Cup. 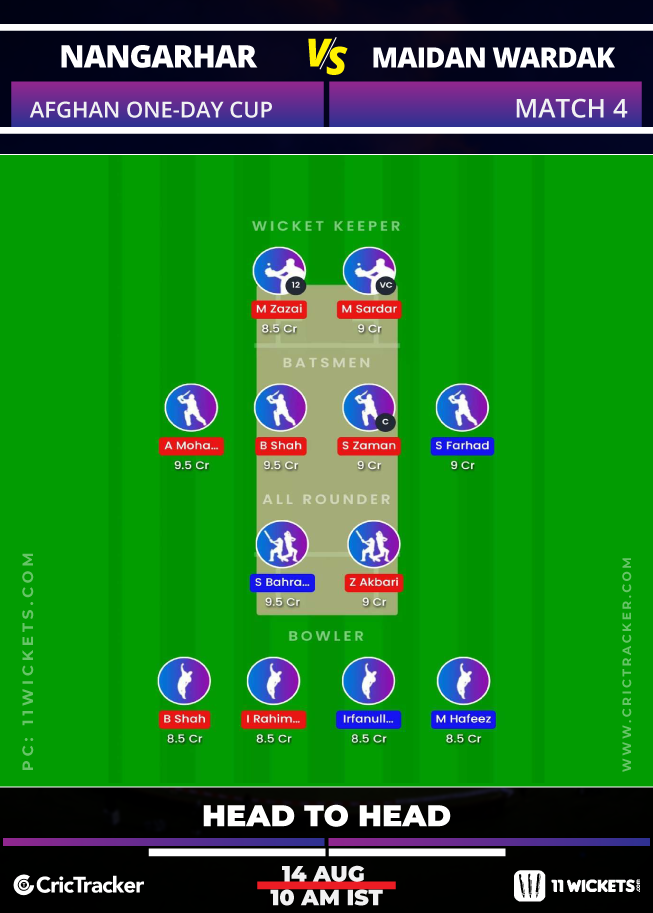 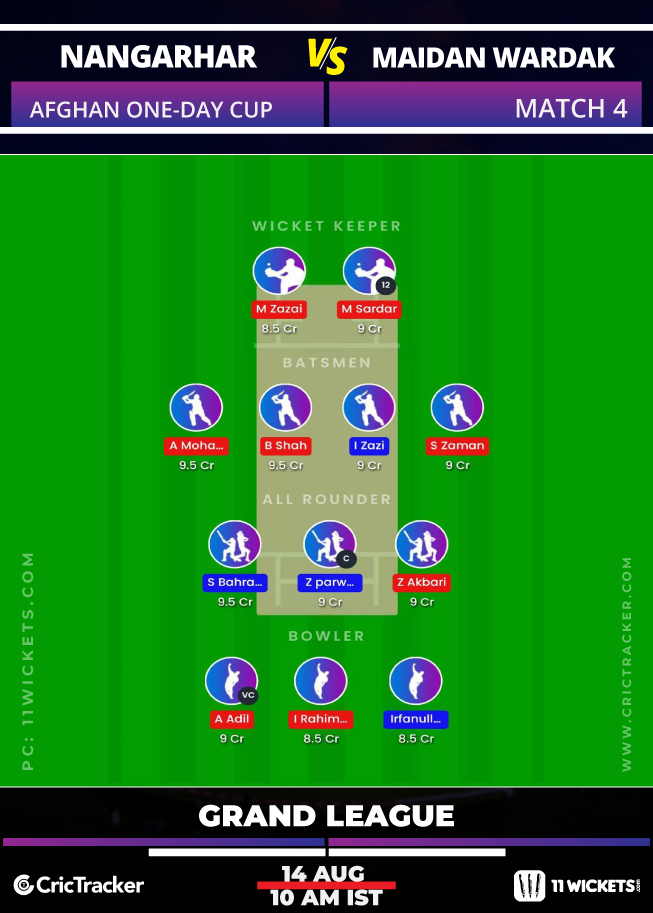 Mohammad Sardar is an experienced player and has scored 333 runs in the tournament. If you can afford to take the risk, have him in both your teams.