Wicket-keeper batsman Mohammad Sardar is Maidan Warak Province’s second most successful batsman. He has scored 333 runs for his team so far.

The fourth match of the Afghan One-Day Cup will be played between Nangarhar Province and Maidan Wardak Province at the Khost Cricket ground.

After two one-sided encounters on the first day, the action will continue in the Afghan One-Day cup with another doubleheader on Friday. Khost Cricket Ground will host the match between Nangarhar Province and Maidan Wardak Province. Both sides will be keen to begin their campaign on a winning note.

Nangarhar Province has produced some great players like Rashid Khan. The other players of the province would look to follow Rashid’s footsteps. High-quality performances are expected from the players in this competition.

The skies will stay clear, with the sun expected to come out in the afternoon. The temperature will loom around 26 degrees Celsius.

The first match played at this venue was totally dominated by the Khost Province bowlers. They bowled out Helmand Province for just 57 runs and later the batsmen chased the target down in 8 overs. Both captains may look to bowl first on this wicket.

Average 1st innings score: 57 (Matches in this tournament at this venue)

Shawkat Zaman is the highest run-scorer for Nangarhar Province. He has scored 462 runs for his team. Also, his strike rate is 81.48.

Abdullah Adil has been the most successful bowler for Nangarhar Province, with 17 wickets to his name. The frontline bowler can be backed to wreak havoc in this competition.

Zia-ul-Haq Parwani has a strike rate of 66.66 only, but he has aggregated 482 runs for Maidan Warak Province. As this is a domestic one-day, Zia-ul-Haq can score many points by playing a big knock. Besides, he is also the team’s leading wicket-taker, with 6 wickets to his name. 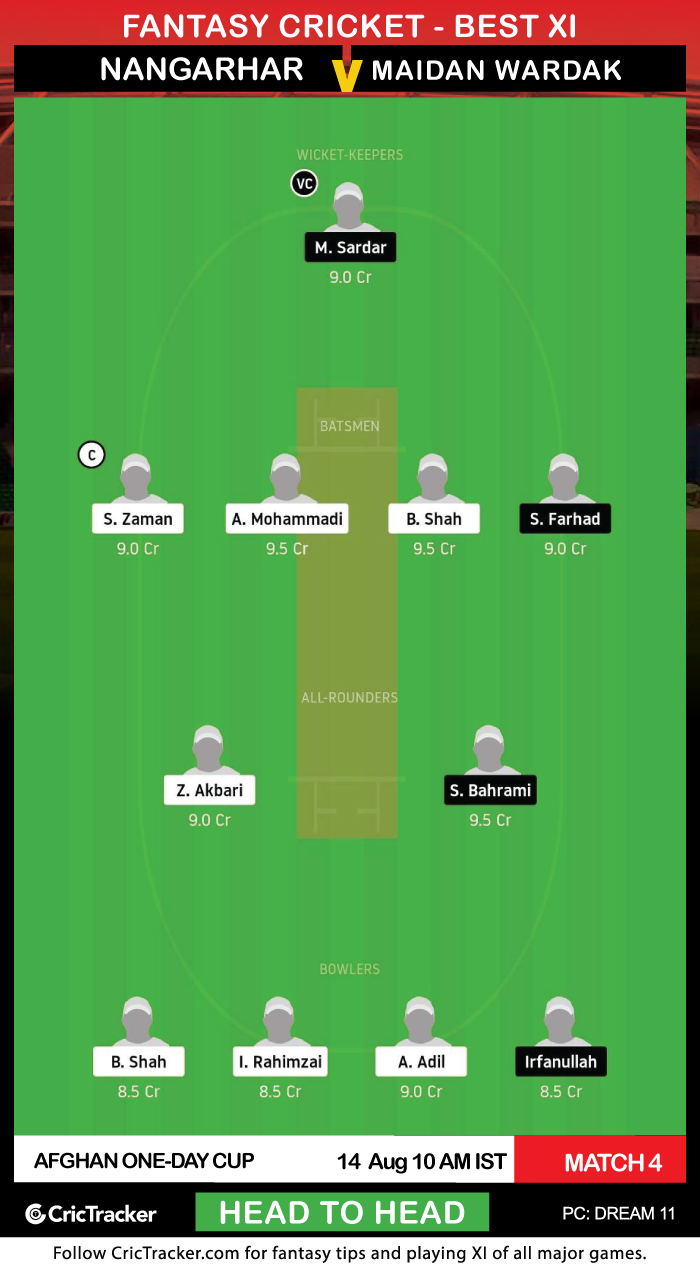 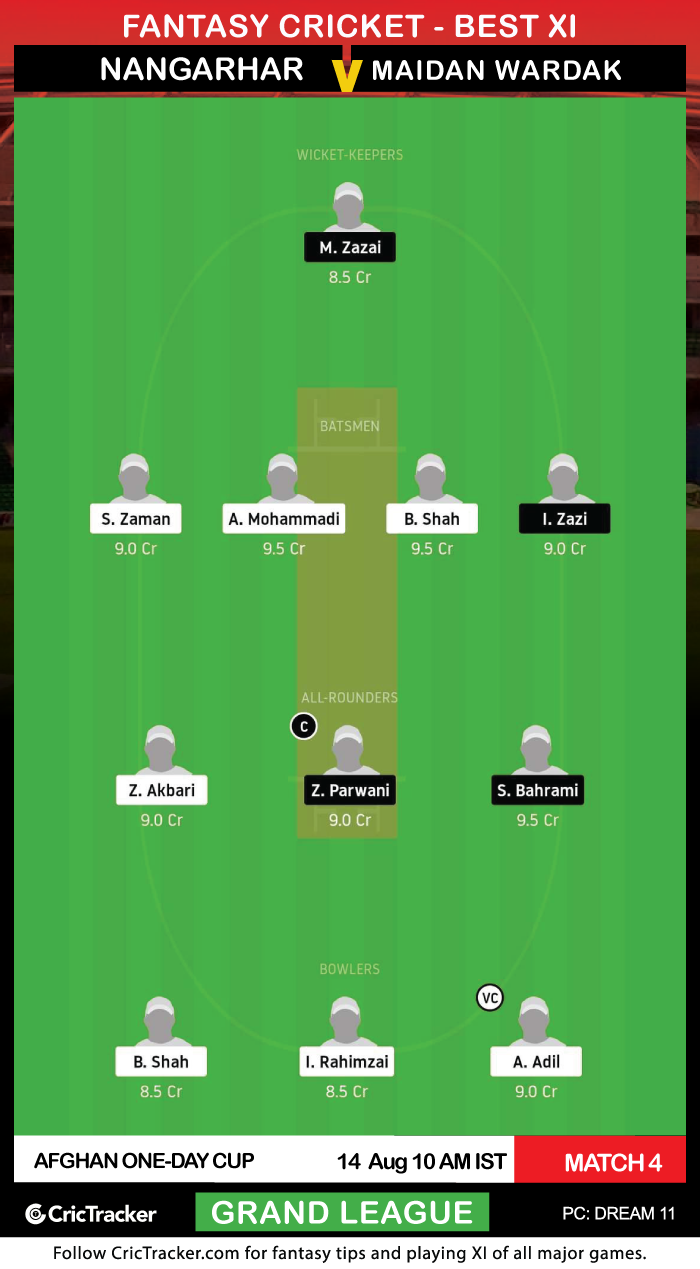 Wicket-keeper batsman Mohammad Sardar is Maidan Warak Province’s second most successful batsman. He has scored 333 runs for his team so far. Hence, it is advisable to pick him in the team.