Mohammadullah has delivered impressive performances with the bat for Khost and has been their top-scorer with the best of 37.

The first semi-final of the Afghan One-Day Cup, 2020 will be played between Khost Province and Faryab Province at the Khost Cricket Stadium in Khost.

Khost Province finished at the top of the group by registering two wins and a loss from their three games. Faryab Province, similarly, also gathered two wins and a loss, finishing at the second spot in the table. With high chances of rain, the team batting first will aim to post a challenging total on the board and increase their chances of booking the final berth. All eyes will be on Khost’s Mohammadullah to deliver an impressive performance with the bat. He has so far been their top-scorer.

There are high chances of rain to intervene in the match. The temperature will hover around 29 degrees Celcius with humidity levels soaring above 70 per cent.

The record of chasing teams has been impressive at this venue. The team batting first has won only on one occasion– when they posted a 250+ total in the first innings. With rain on the cards, the chasing team might find it tough to gain momentum in the chase.

For Faryab Province, Mohammad Saleem has picked up 11 wickets from three matches so far. Apart from Saleem, Zahid Zakhail and Haji Murad Muradi will be hoping to shine with the bat. Zakhar, who had scored a ton in Faryab’s opening match, will be hoping to deliver a similar performance.

Mohammadullah has delivered impressive performances with the bat for Khost and has been their top-scorer with the best of 37. In the bowling department, Ziaur Rehman has picked up 7 wickets from two matches which includes a five-wicket haul. 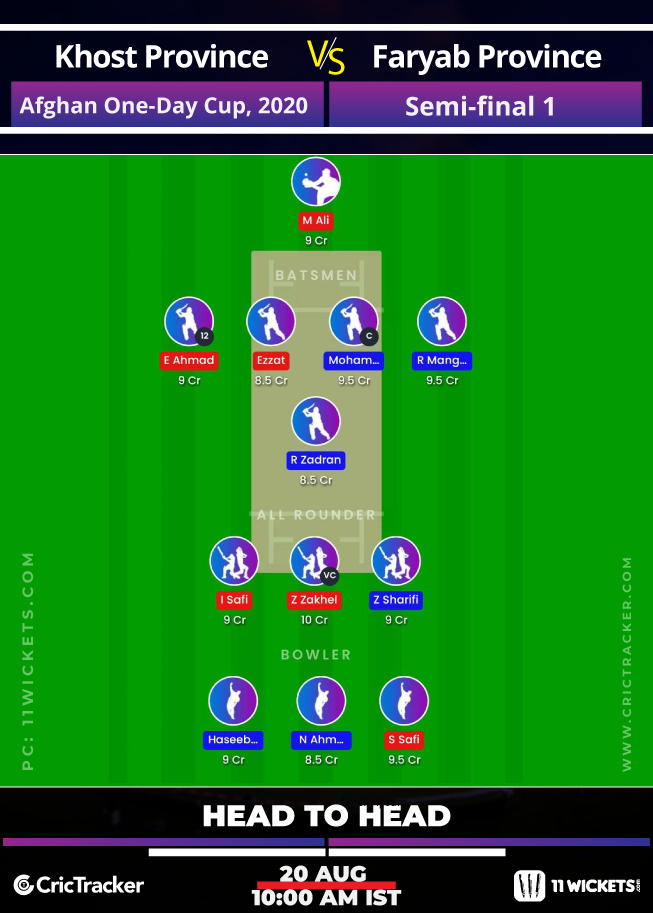 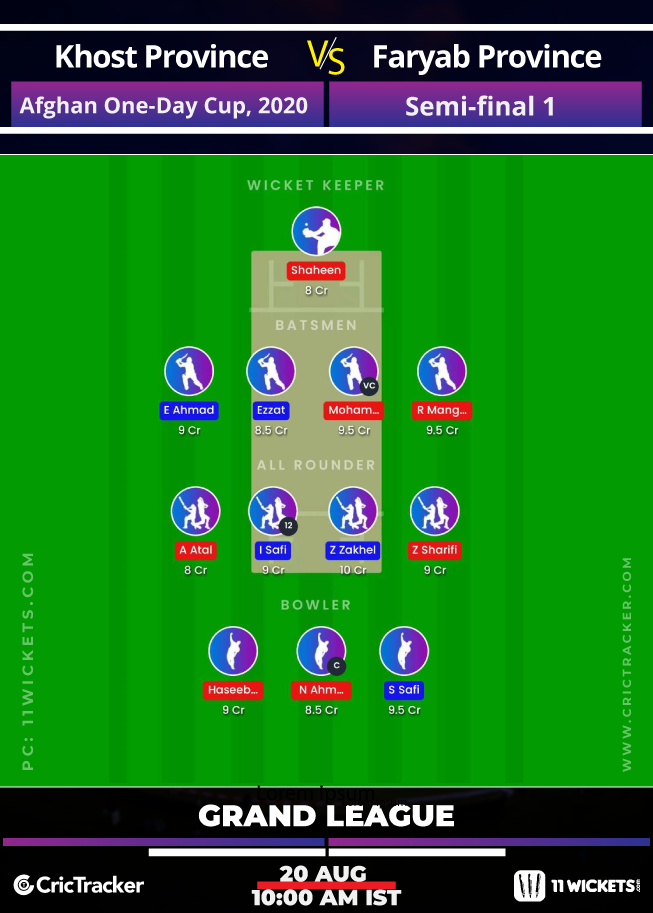 Mohammadullah and Ziaur Rehman will be the obvious choices while choosing Khost Province players. For the Faryab Province squad, picking up Zahid Zakhail can get you more points.

Khost Province are expected to win the match.