The Afghans are unbeaten at this venue.

Afghanistan and Ireland are scheduled to play three T20 Internationals, the first of which is scheduled to be played tomorrow at the Rajiv Gandhi International Cricket Stadium, Dehradun, Uttarakhand. The venue first hosted an international match when Bangladesh locked horns with the Asghar Afghan-captained Afghans, who are unbeaten at this ground after three matches.

The hosts would be playing a T20I after those games and they would want to carry on with their five-match winning streak. Ireland played the quadrangular T20I series, also involving Oman, Netherlands and Scotland. The team, led by the swashbuckling Paul Stirling, did reasonably well, but their job won’t be easy against Afghanistan bearing in mind the latter’s all-round strength

The first game of the three-match T20I series between Afghanistan and Ireland will be hosted by the Rajiv Gandhi International Cricket Stadium in Dehradun, Uttarakhand.

The pitch is good for batting, but the bowlers also have the chance to dictate terms, especially the spinners. Being a night match, batting second has to be the choice as due is likely to play a significant role in the second half. 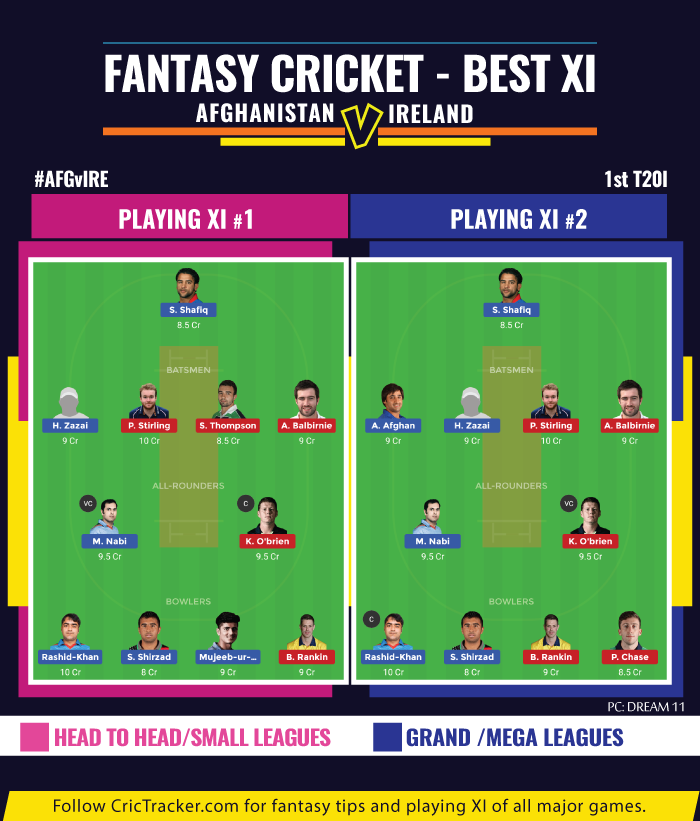 Afghanistan are most likely to win the match.