It would take a herculean effort from William Porterfield and his men to turn the tables even in the second match of the series.

After another humiliating defeat at the hands of Afghanistan in the first ODI, it really seems difficult for the Irish to get on level terms with their opponents in terms of quality. Currently, one of the major factors separating both sides is the brilliance of Afghan spinners Mujeeb Ur Rahman, Mohammad Nabi and Rashid Khan.

The experienced batsmen like Kevin O’Brien, William Porterfield and Andy Balbirnie will be the key for the visiting team, who lost their way a bit too easily in the first game. They need some composure and commitment in the middle, which seems like a Bermuda triangle to trace.

Afghanistan have everything sorted from power-packed strikers, calm heads in the middle order to a lethal bowling attack – they really are a difficult side to beat. It would take a herculean effort from William Porterfield and his men to turn the tables.

The 2nd game of the 5-match ODI series between Afghanistan and Ireland will be hosted by the Rajiv Gandhi International Cricket Stadium in Dehradun, Uttarakhand.

With clouds hovering around, there could be some interruptions to this game. Once again, it will be a dry wicket which would assist the spinners profusely. 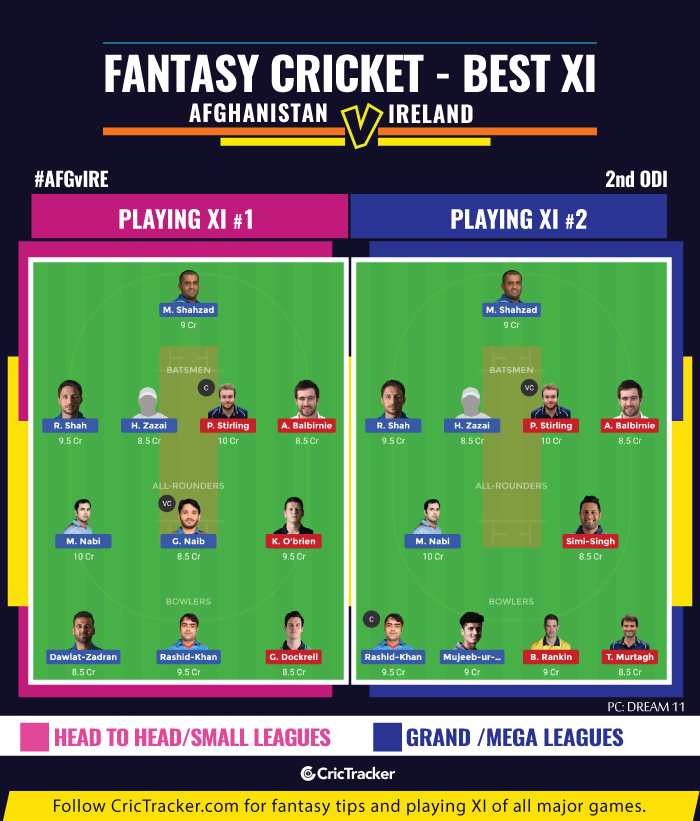 Since the spinners and bowlers are doing the most damage, you can consider having one of the bowlers as the captain or vice-captain, preferably Rashid Khan or Mujeeb Ur Rahman.