Pick more pacers in your team as compared to the batsmen since it is going to be a bowling wicket where they will get a chance to score more fantasy points.

The 18th match of the Women’s Super Smash will be played between Auckland Hearts & Northern Spirit at the Eden Park Outer Oval, Auckland on January 17th, Sunday.

The match is scheduled to start at 4:10 AM IST and will be streamed live on FanCode.

Another neck to neck encounter between the teams at number 3 and 4 in the points table is expected to go down to the wire. Northern Spirits had to face defeat in their previous game thanks to a clinical performance by the Magicians whereas the Auckland Hearts dominated the same opponent a few days ago.

The Spirits are looking to come back in this tournament after back to back defeats while the Hearts will look for their 3rd consecutive win.

Patchy rains are expected at Eden Park with the temperatures hovering around the 25 degrees mark. Humidity will somewhere range close to 71% with the wind giving us typical Kiwi conditions to play under.

A bowling pitch where the average score is only 98 tells you about the kind of assistance it will give to the pacers in particular especially in the 2nd innings. Teams winning the toss would like to have a bat first.

Bella Armstrong has played her role of being a finisher quite effectively in the previous 2 games scoring quickfire knocks putting her team in the front seat of the game. Her 39 off 29 and 29* off 22 saw her take the Hearts to a competitive total in her last 2 outings against the Magicians and Hinds respectively.

Holly Huddlestone has picked 5 wickets in her last 2 games in the tournament with an economy of 2.4 in just the previous game. She has looked lethal so far and the opposition would be wary of her wicket-taking abilities.

Arlene Kelly picked 4 wickets against the Hinds and 1 wicket in her previous game against the Magicians. So far she has taken 8 wickets in the tournament, making her a must-have in your fantasy team.

Kate Anderson has had a few good games at the top of the order for her team but it has been frustrating for her to end up on the losing side in her last two games even after giving strong starts to her team. 38 and 17 in her last 2 games where she looked really good would mean she would like to break free and build her innings this time around.

Eimear Richardson had an unfortunate run-out in her last game without facing a single ball but she has been in good form in the tournament scoring 38 against the mighty Wellington Blaze the last time she faced a few balls in the middle. If she delivers well with the ball as she did in her first game where she took 3 wickets, it might give her an edge in adding to her fantasy points tally. 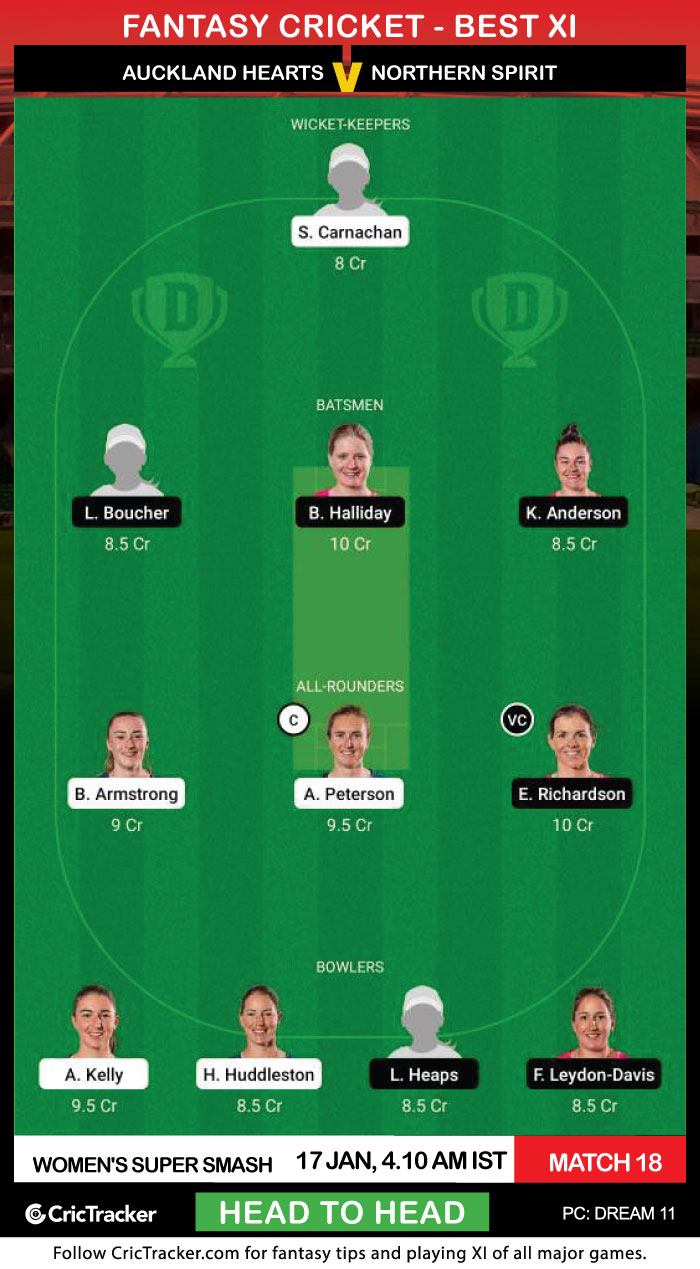 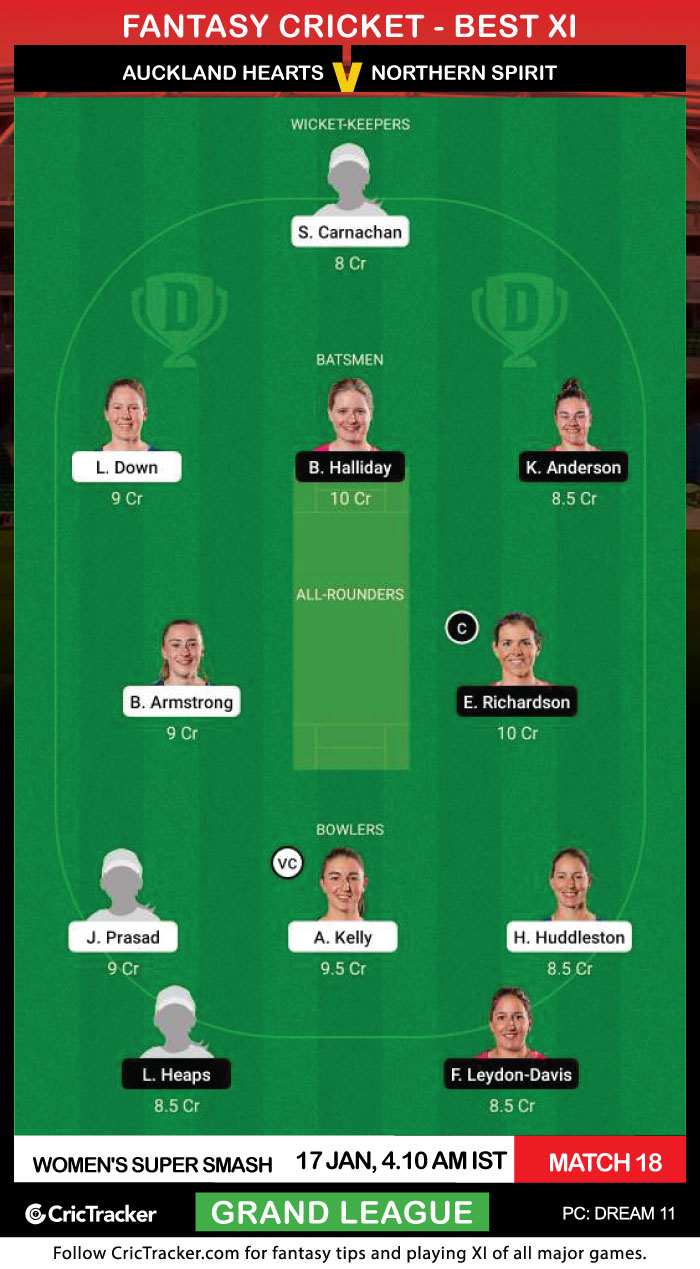 Pick more pacers in your team as compared to the batsmen since it is going to be a bowling wicket where they will get a chance to score more fantasy points.

Auckland Hearts- Women are expected to win this match.