Ajinkya Rahane shares an adorable picture with his wife Radhika

Ajinkya Rahane shares an adorable picture with his wife Radhika

In an attempt to get out of the cricketing stuff, Rahane and his wife Radhika took off to Seychelles in East Africa for a holiday. 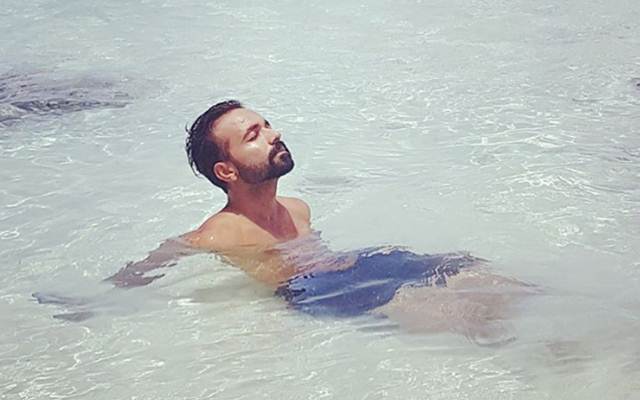 One of the pillars of the Indian middle order in Tests, Ajinkya Rahane’s career thus far has been a topsy-turvy ride without too many filmy twists. Nevertheless, he shows great mettle and character whenever he gets an opportunity to play for his side and scarcely fails to give his 100%, let that be with the willow in hand or whilst guarding the boundary whilst fielding.

The past few weeks have been tough for the Mumbaiker as he was dropped from the T20 side despite performing well in the ODIs in recent times. After a memorable outing in the Caribbean Islands, Rahane clobbered 4 half-centuries in the series against Australia and added three hundred-run partnerships with his fellow opener, Rohit Sharma.

Dropping Rahane from the side was not received well by a few experts, but Rahane confirmed in the press that he will respect the selectors’ choice. Virat Kohli had a tough job handling the selection process as there were too many good options for the shortest format and unfortunately, Rahane was axed and KL Rahul kept his place, despite a poor show in Sri Lanka and West Indies.

Off to Seychelles for a holiday

In an attempt to get out of the cricketing stuff, Rahane and his wife Radhika took off to Seychelles in East Africa for a holiday. The pair who tied the knot back in 2014, are always together and Radhika is often spotted in the stadiums whilst her husband is playing. Rahane shared some jaw-dropping pictures from his holiday session and he also posted an adorable picture of her in a hotel.

Radhika Rahane was looking into her phone and that’s when the 29-year-old clicked a picture and posted on his official Instagram handle. He also wrote a caption in the picture which read, “Always busy with her phone,” which really makes the picture look cute. Rahane is expected to be back in action in the series against New Zealand.