Rana Sarwar is one of the key players for Alvalade. He is known for his six hitting abilities and might also open the bowling.

The first match of the ECS Cartaxo T10, 2020 will be played between Alvalade CC and Malo CC Vilamoura at the Cartaxo Cricket Ground, Portugal.

The ECS caravan moves to Portugal as the ECS T10 Cartaxo is all set to commence from 21st September 2020. The inaugural match of the tournament will be played between two very strong teams. Alvalade CC is all set to kick-off the tournament with the game against Malo CC Vilamoura. Alvalade have players with international experience representing Portugal in T20Is. Thus, considering this, they will be expecting to start their campaign with a win against the Vilamoura.

Malo CC Vilamoura have a captain who played at the international level. They would want to make the best use of the resources that they’ve got and put up a tough challenge to the opposition. Also, analysing the conditions and adapting quickly will be important for both sides.

It is expected to be mostly sunny during the course of the game with zero chances of precipitation. The temperature will be around 18-20 Degree Celsius during the match time.

The pitch is relatively unknown. But, as it is a matting wicket, we should expect a lot of runs.

Rana Sarwar is one of the key players for Alvalade. He is known for his six hitting abilities and might also open the bowling.

Rao Muhammad is arguably the best batsman Portugal has ever produced. He is expected to open the innings and play a major role with his experience at the top.

Muhammed Adnan from MCCV is a hard hitting batsman who is expected to open the innings. He will play a major role in the top to set a high total on the board.

Zafar Ali is a bowling all-rounder and expected to open the innings. He is a very handy batsman who can change the game from any position. 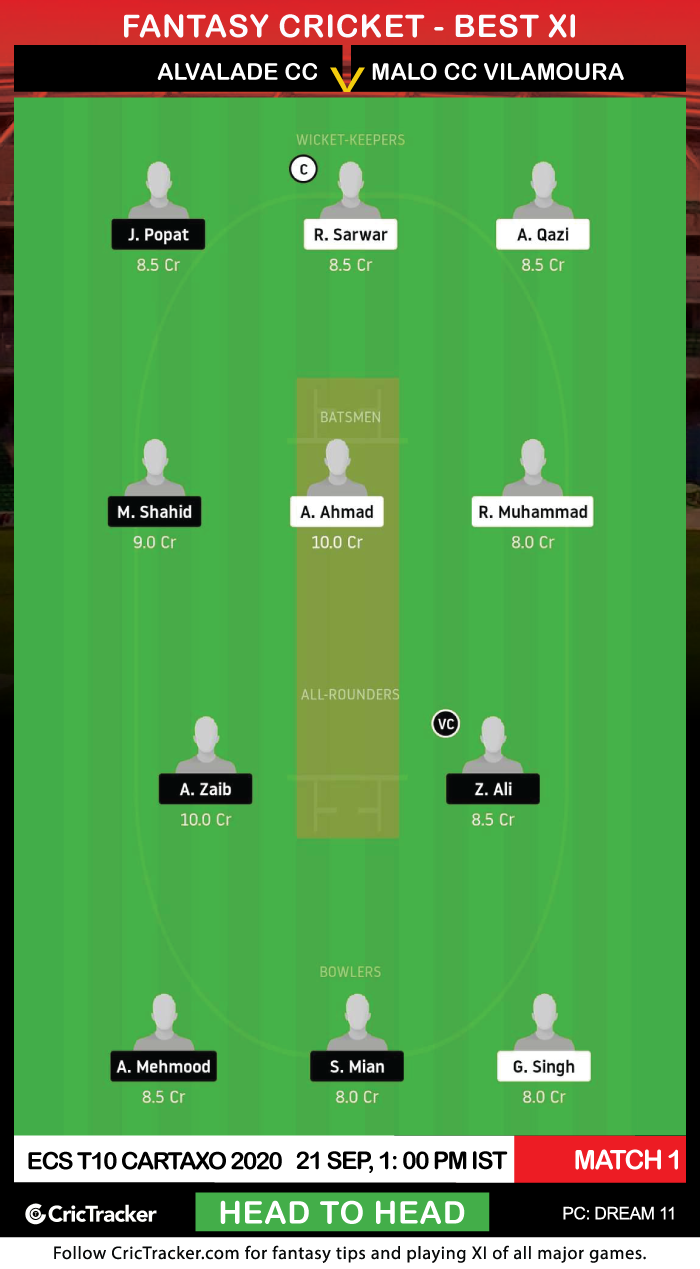 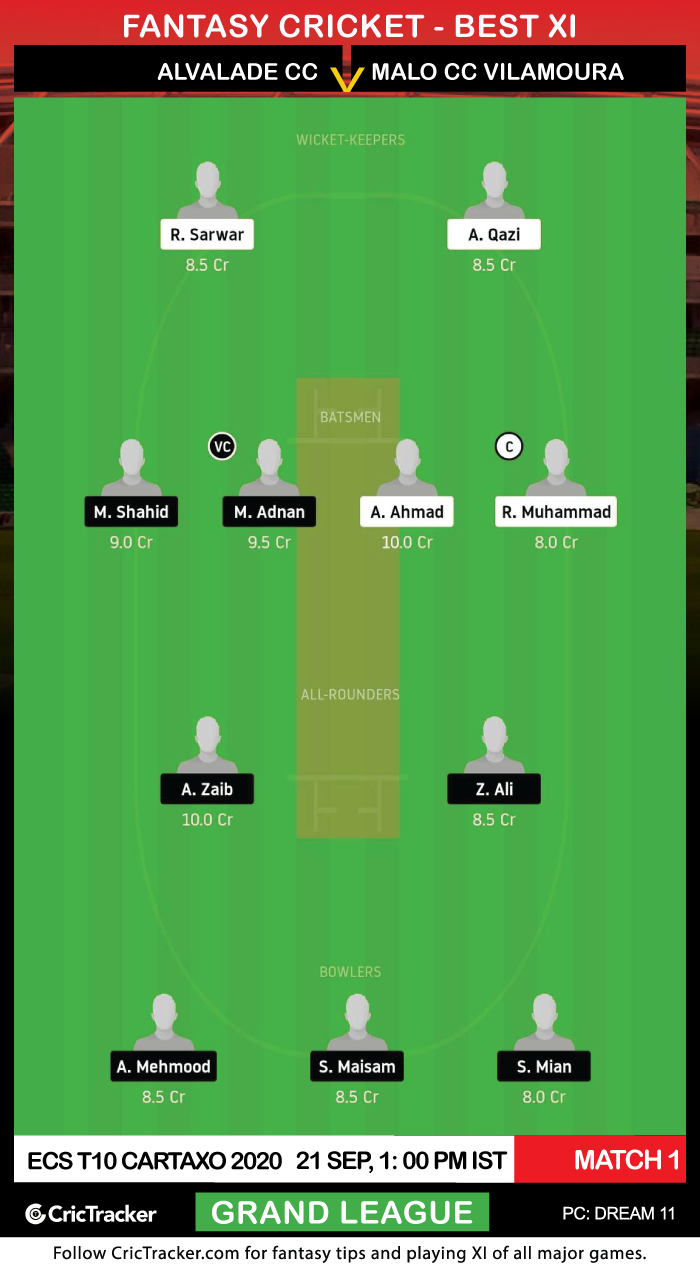 Arslan Ahmad has represented his country and has experience of playing T20I cricket. He is expected to play a key role in your Dream11 Fantasy team.

Alvalade CC is expected to win this match.