The Alvalade Cricket Club is expected to win this match.

The 9th match of the European Cricket Series T10 in Cartaxo will be played between the Alvalade Cricket Club and the Royal Cricket Club Lisbon at the Cartaxo Cricket Ground.

The Royal Cricket Club also lost their game and are pegged at the second last spot in the points table at the moment. So, coming into this game, both the teams would be wanting to secure a win and move upwards in the points table, and also get a few points in their bag before things go out of their hands in the later stages of the tournament.

Things do not look good in terms of weather conditions for Wednesday. The chances of rainfall are as high as 80 per cent and the temperatures are expected to be in the 20 to 24 degree Celsius range with clouds covering the skies.

Batting would be an easy task for the batsmen in this match as the pitch looks to be the kind which would favour the batsmen a lot. The bowlers may also get a little bit of help from the surface here and there during the match.

Parveen Singh Jr., in the three matches he has played in, has scored 79 runs while maintaining a strike rate of 219.44.

Sukhwinder Singh has picked three wickets in two matches and looks to be in good form with the ball in hand.

Parwinder Singh has also performed decently with the ball getting a total of 2 wickets to his name in the two matches he has played in. 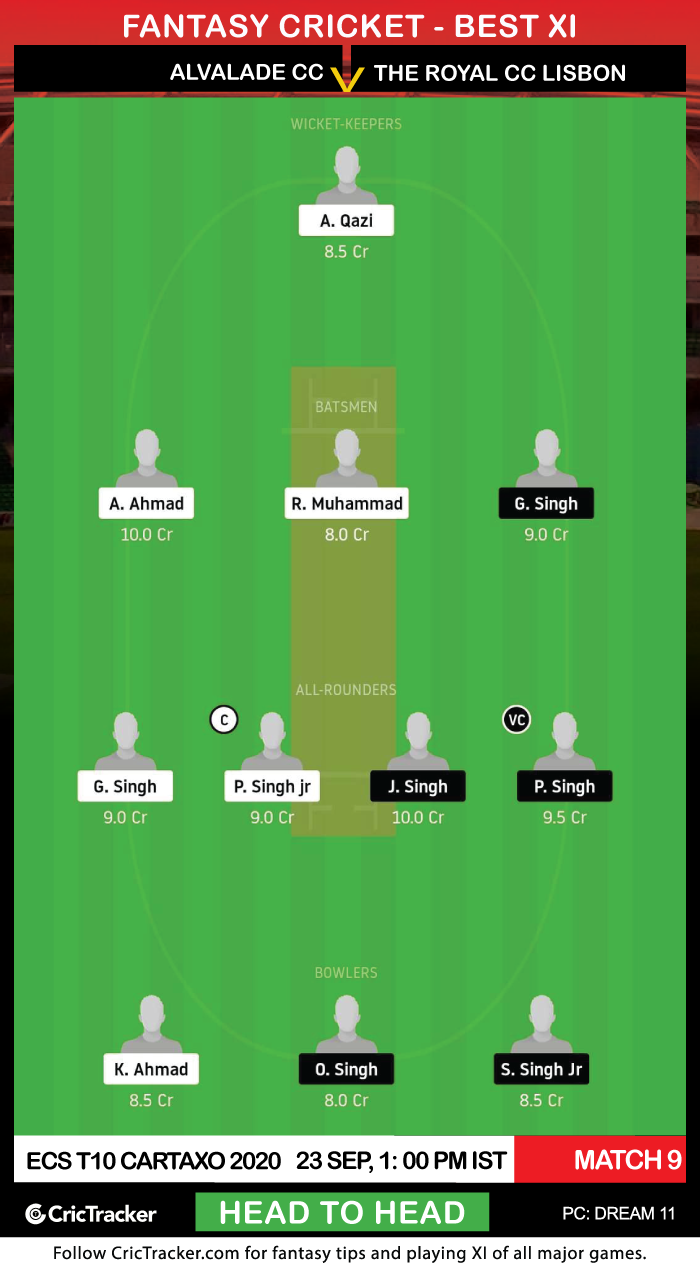 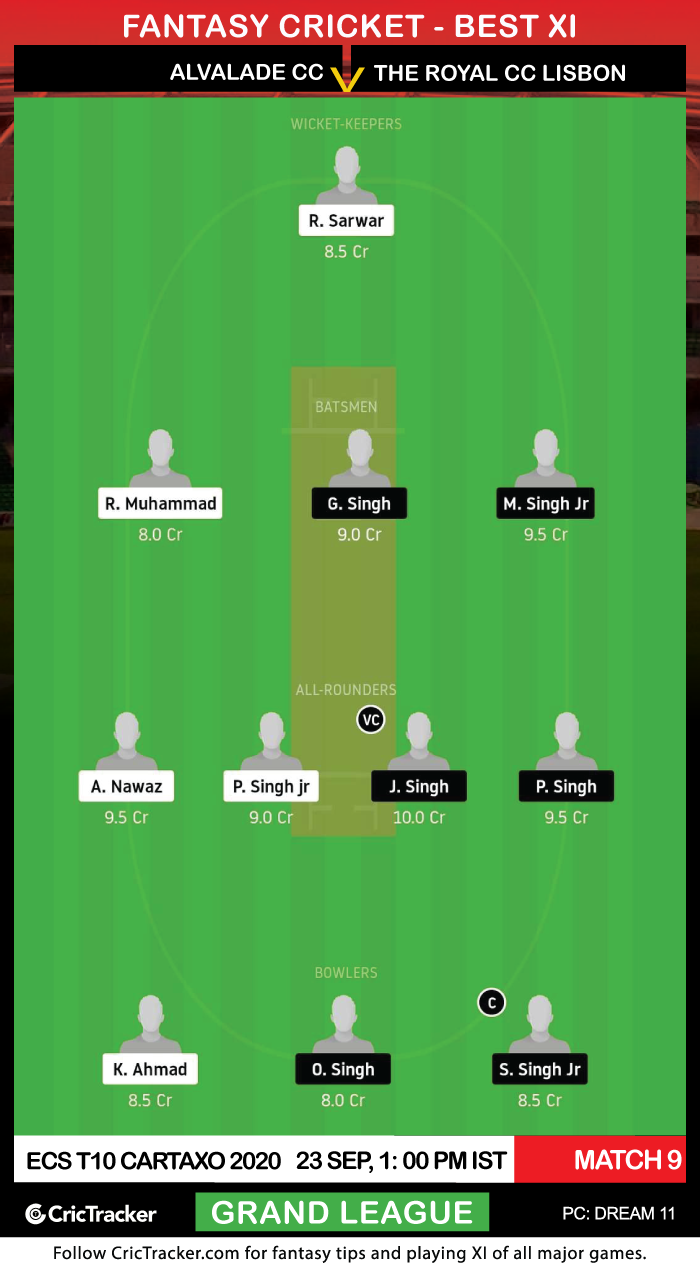 The players of the teams participating in this match have their all-rounders performing well. This gives you the room to include as many as 4 all-rounders in your team. And, for filling in the fourth slot, you can go either with Gaganpreet Singh or Arslan Nawaz. Both of them are equally potent players to provide great returns on the investment you make on them.

The Alvalade Cricket Club is expected to win this match.