The 15th match of the Prime Minister Cup 2021 will be played between Armed Police Force Club and Karnali Province at the Tribhuvan University International Cricket Ground in Kirtipur.

Karnali Province have had a roller-coaster ride so far in this season’s Prime Minister Cup. Having started their campaign with a defeat, they turned things around quickly and found winning ways in just their next match. However, they couldn’t capitalize on the momentum and were defeated by Province Number 1 today.

It will be cold in the morning tomorrow, with the temperature being around 6 °C. It will eventually rise to 19 °C and chances of precipitation are minimal.

The pitch here at Kirtipur is bowling-friendly, more profoundly so in the second-innings. Batsmen will find lives easier in the first innings.

Asif Sheikh has been phenomenal with the bat for Armed Police Force Club. He has scored 137 runs at an astonishing average of nearly 170.

For Karnali Province, Bipin Rawal has been the best performer with the bat. He has scored 103 runs at an average of nearly 35.

Rabindra Shahi has done an all-round job for Karnali Province. He has scored 53 runs and has picked up 5 wickets.

Dinesh Adhikari has been Karnali Province’s star performer with the ball, having picked up 7 wickets. If needed, Adhikari can also be a very handy customer with the bat down the batting order.

For the opposition, Abinash Bohara has been the best bowler. He has scalped 7 wickets and has an economy rate of under 2 runs per over. 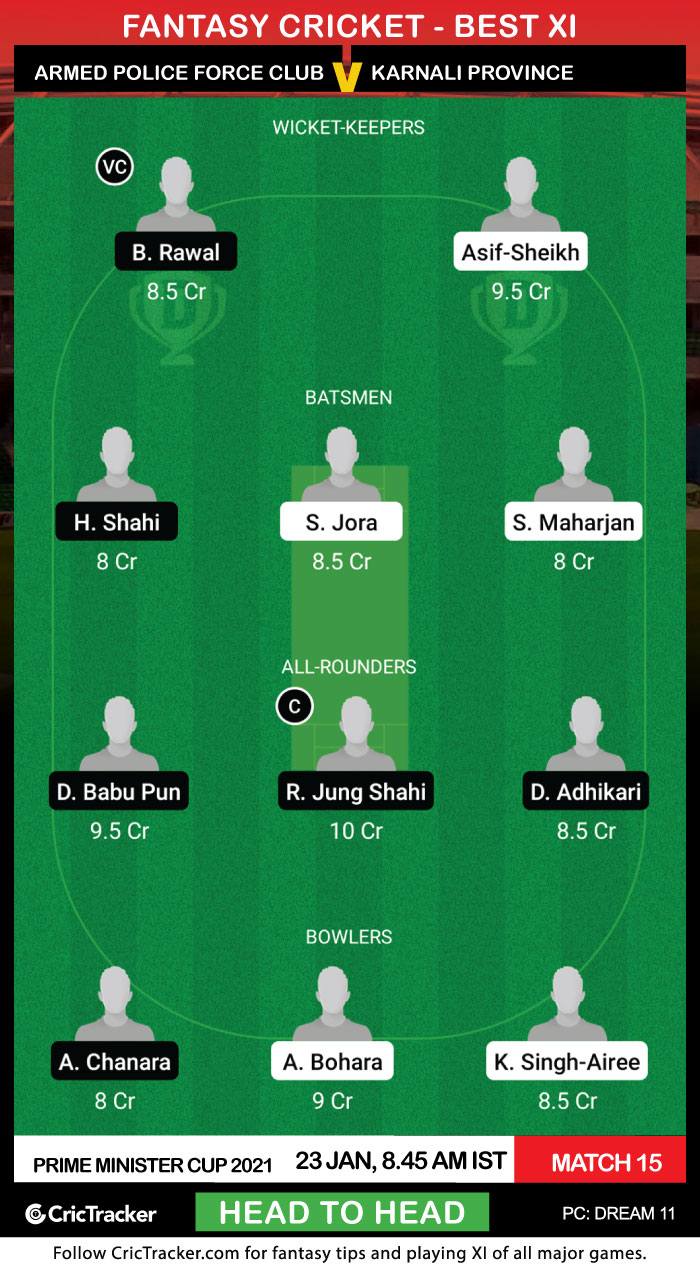 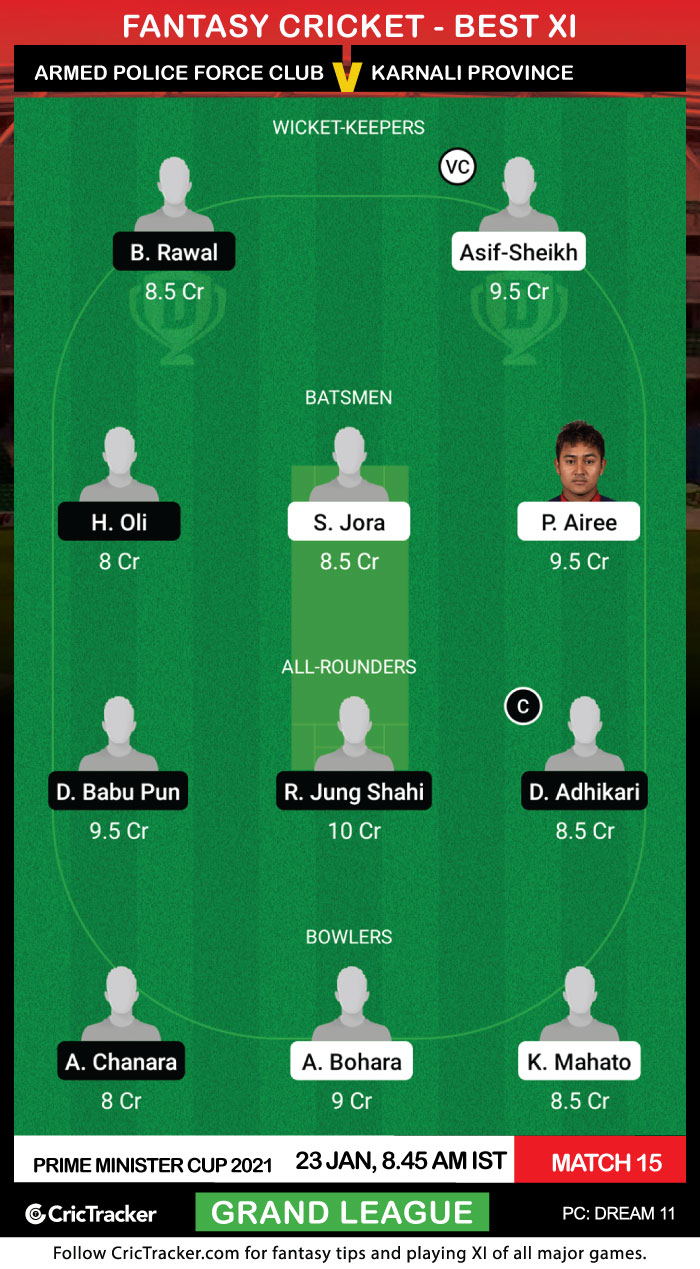 If you are looking for a differential captaincy pick, Diwan Babu Pun should not be a bad option. He has picked up 5 wickets and has also scored 31 runs.