Which team will get back to the winning ways?

After a rest day, the Afghanistan Premier League (APL 2018) resumes on Tuesday with a game between Kabul Zwanan and Nangarhar Leopards in Sharjah. Both the teams lost their previous games after starting the tournament with a resounding victory over their respective opponents. This encounter provides them to regain their mojo back as the non-stop continues from hereon for the next 6 days.

Kabul led by Rashid Khan look seriously short in their bowling attack. Apart from the skipper, none of the bowlers has been incisive. They failed to defend a total close to 180 in the last match which is a serious issue and the other teams might target this weakness now. The overseas player Wayne Parnell has to put up his hand at least and make amends for the poor performances so far.

As far as the Nangarhar Leopards are concerned, they look the most settled side. Their stand-in captain Ben Cutting has brought his all-round game to the fore in both the matches and will hope that his teammates also replicate the same in this match. Their top-order failed miserably in the last game against Paktia and they will have to set the platform for the middle-order to come and go all guns blazing.

Kabul will somehow have to improve their bowling attack. They dropped Ali Khan to accommodate Colin Ingram who was available in the last game. There is also a doubt over the reserves available at the bench who can fill in with decent four overs which leaves them with lesser options. The batting looks fine for them and with their skipper Rashid in form with both bat and ball, the onus will once again be on him to bail them out of trouble.

The Leopards will once again be without Andre Russell and one would feel that they are not missing him as of now. Cutting has led the team well and they went in with an unchanged team against Paktia. There is no reason to change the team for them and hope that the top-order collapse was only a one-off. Mitchell McClenaghan though looks a bit undercooked as he has gone for runs in both the matches and needs to improve.

Cutting and Zahir Khan have been exceptional so far and once again they will have to hold the ship in the bowling department for the Leopards. 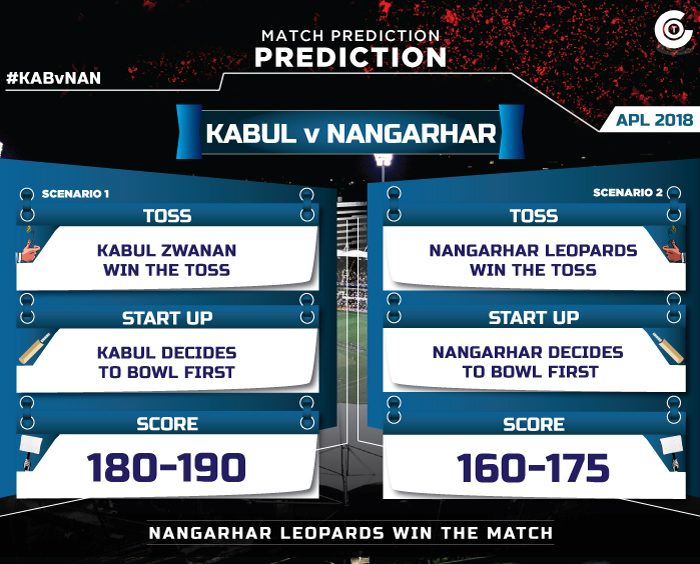