Sammy-Jo Johnson has been quite expensive with the ball, but she has 14 wickets to her name in 10 innings. She could prove to be the 'X-factor' player in this match. Thus, it is advisable to pick her in your team. 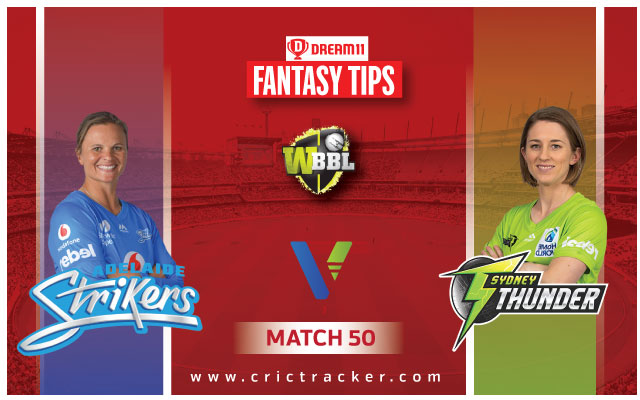 The 50th match of the WBBL 2020 will be played between Adelaide Strikers Women and Sydney Thunder Women at the Drummoyne Oval, Sydney.

The Adelaide Strikers Women will lock horns with the Sydney Thunder Women in a very important match of the WBBL 2020. Both teams are still alive in the competition and a win in this fixture will bolster their chances of qualifying for the next round. The Sydney Thunder Women currently hold third place on the standings with 12 points to their name in 12 matches.

The Sydney skies will be partly cloudy during the match time on Saturday. The expected temperature for this match is 22 degrees Celsius.

The pitch at this ground has not been that great for batting. In the last match played here, the Brisbane Heat Women skittled out the Hobart Hurricanes Women for just 82 runs. They later chased down the target with ten wickets in hand.

Heather Knight will be the player to watch out for in this contest as she has scored 369 runs and taken eight wickets for the Sydney Thunder Women.

Sam Bates, in the 12 T20 matches that she has played in the tourney so far, has scalped 14 wickets while maintaining a superb economy rate of 5.72.

Laura Wolvaardt is the leading run-getter for the Adelaide Strikers Women with 302 runs in 12 innings at a batting average of 27.45.

Sarah Coyte has scalped 17 wickets in 11 innings this season. Her best figures of 3/10 highlight that she has got the wicket-taking abilities needed in this format. 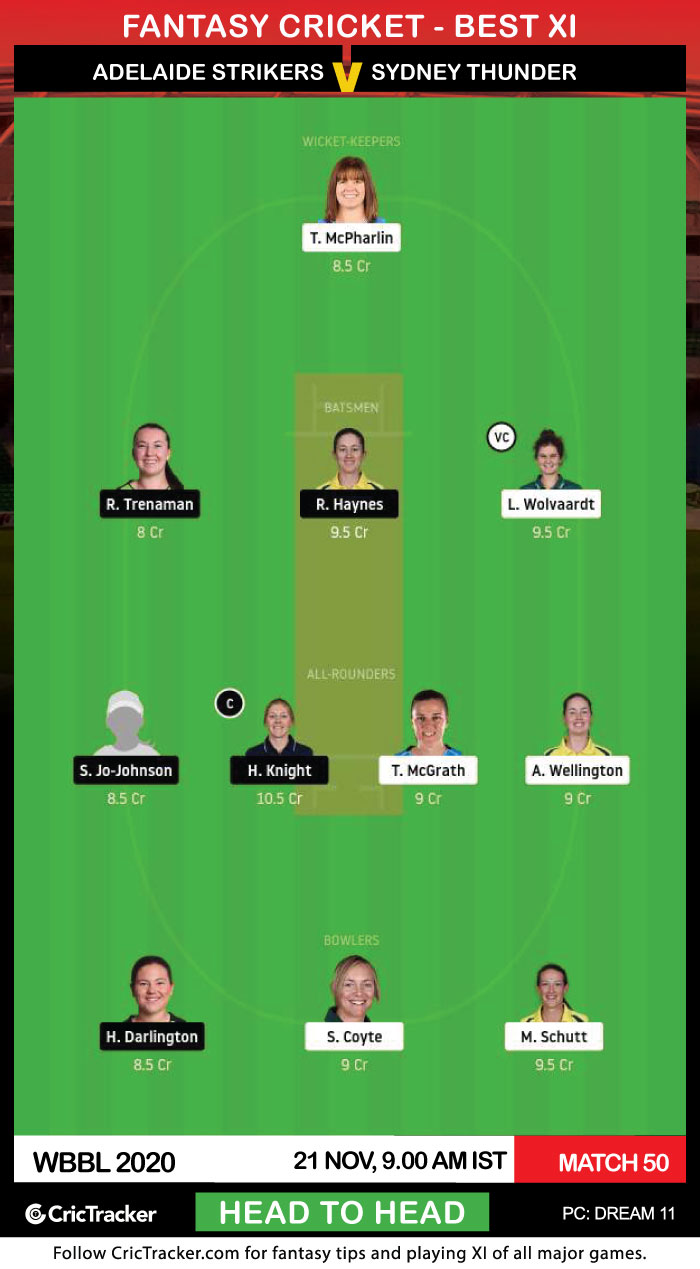 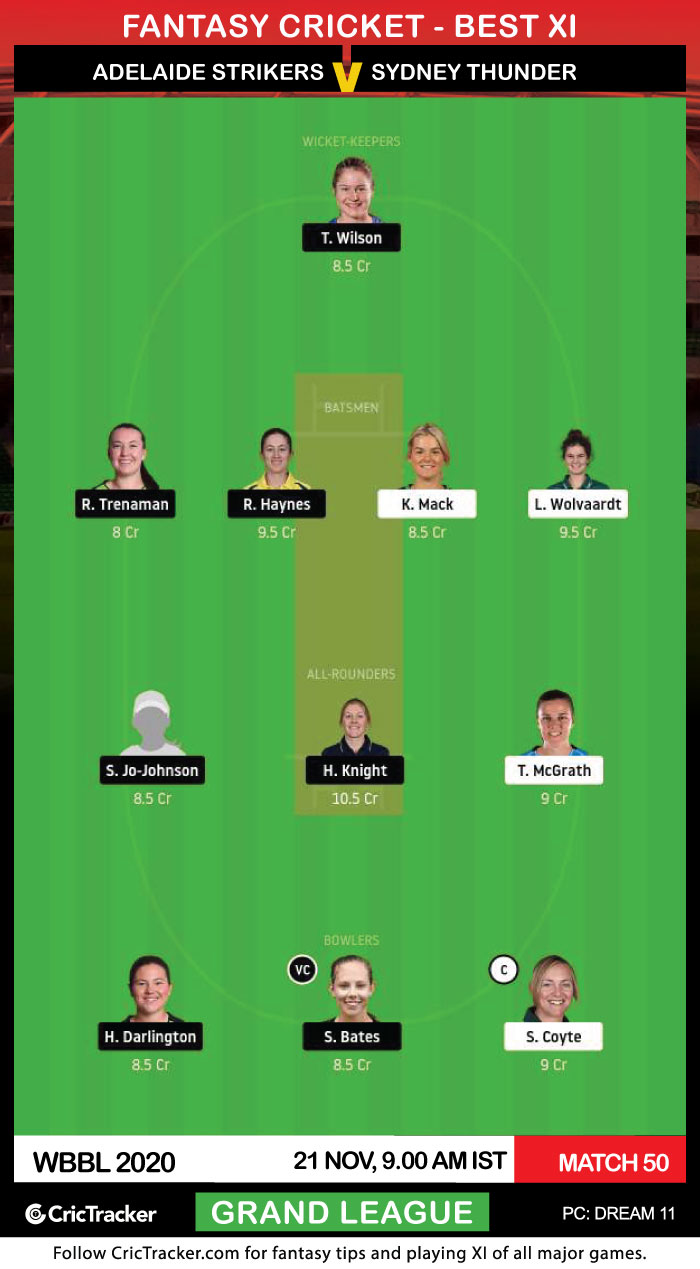 Sammy-Jo Johnson has been quite expensive with the ball, but she has 14 wickets to her name in 10 innings. She could prove to be the ‘X-factor’ player in this match. Thus, it is advisable to pick her in your team.

Sydney Thunder Women are predicted to win this game.