All the key stats and numbers ahead of the important clash between India and Pakistan.

India might have outplayed Pakistan in all departments on Wednesday game but they must beware of the opposition’s ability to make a roaring comeback in the crucial stages just like in the Champions Trophy 2017. India’s bowling that put them on the top like in the last two games will once again hold the key. The Men in Blue will be hoping their skipper Rohit Sharma carries through as long as possible given the nature of India’s middle-order that might collapse any time.

All the key stats and numbers ahead of the important clash between India and Pakistan:

4 – Rohit Sharma now the most number of fifty-plus scores in the Asia Cup against Pakistan. The stand-in Indian skipper has scored four fifties in six innings against Pakistan in this tournament. 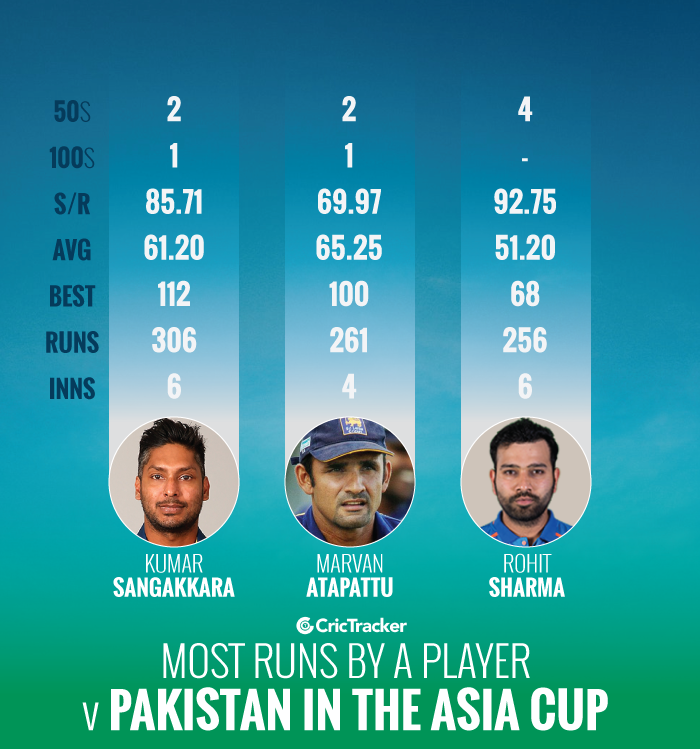 11-3 – India’s win-loss record with their bowling quartet (Bhuvneshwar, Bumrah, Kuldeep and Chahal) in the playing XI in the ODI format. India won all the seven matches while bowling with them in the team but only four of the seven while defending a total.

33 – Ambati Rayudu will turn 33 on Sunday. If he features alongside MS Dhoni, Dinesh Karthik and Kedar Jadhav in the playing XI, it will be only the second instance when India play with as many as four players aged 33 in the ODI format.

The likes of Sachin Tendulkar, Rahul Dravid, Sourav Ganguly and Anil Kumble together appeared in three ODIs in the first quarter of 2007 after turning 33. All of India’s top six batsmen in the current Asia Cup are aged 31 which is the first instance of six players aged 31+ in an ODI game for India. 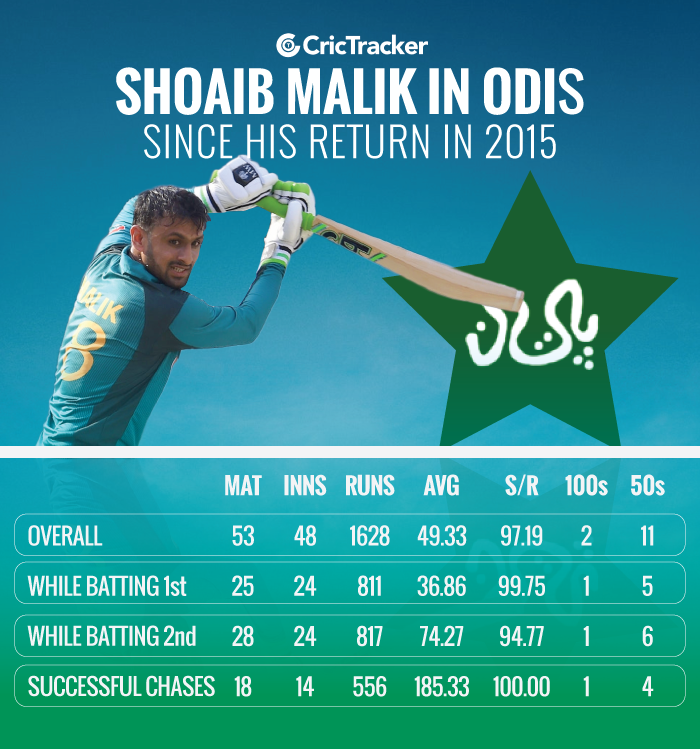 87 – In the nine ODI matches in 2018, Mohammad Amir has an economy rate of 4.01 but has taken only three wickets at an average of 87 that led to his ousting from the game against Afghanistan.

350 – Malik has scored the most number of runs in the Asia Cup encounters between India and Pakistan. He has two centuries in the four innings in the competition against India. 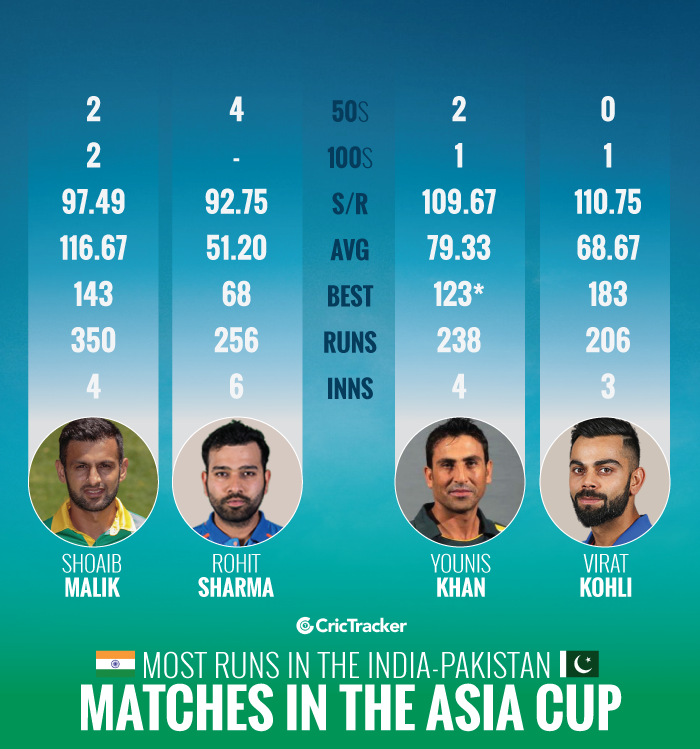 6906 – Runs Rohit Sharma has scored in his ODI career thus far. He will be the 5th fastest to 7000 ODI runs if he scores 94 runs in his next two innings. Rohit also needs three more sixes to complete 300 sixes in International cricket.