Both these teams prefer to bat first every time they win the toss and the conditions in Abu Dhabi do suit them.

The game between Afghanistan and Bangladesh in the Asia Cup could well be considered as a virtual quarter-final with both the sides going down against Pakistan and India respectively. Afghanistan are currently in a better position than Bangladesh due to the fight they put up against their neighbouring country that nearly fetched them a win.

The Tigers have a lot to work on after losing to Afghanistan and India on consecutive days which witnessed their batting failure. Both these teams prefer to bat first every time they win the toss and the conditions in Abu Dhabi is likely to suit them. Under the lights, the pitch tends to offer a bit more swing which is what the Bangladesh pacers need. 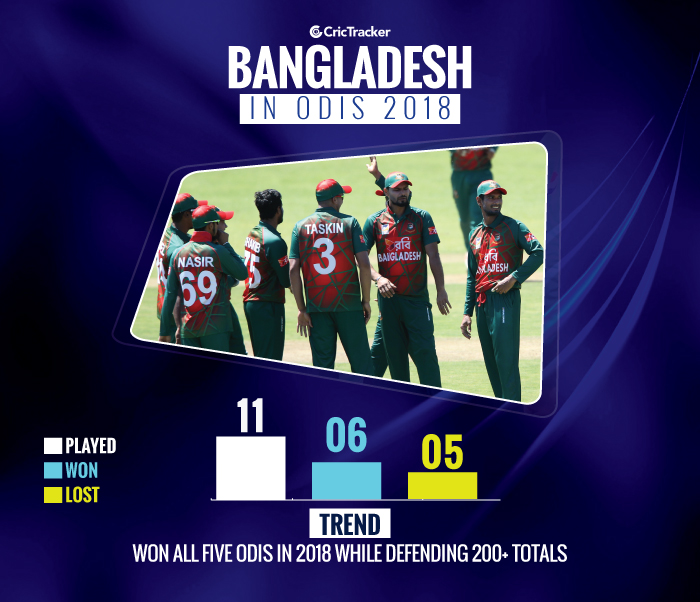 Rohit Sharma particularly mentioned how it is better to chase on the Dubai track which played better than the one in Abu Dhabi under the lights. Even after knowing how things panned out for the chasing teams in the two matches of India in Dubai, the Bangladesh skipper Mashrafe Mortaza was happy to be batting first after losing the toss. This ideology of Bangladesh is mainly due to their strength of defending totals in the recent times.

In 2018, Bangladesh won six matches of the 11 ODIs out of which five came while batting first. Bangladesh batted first on seven occasions in 2018 and were bowled out under 200 twice and lost on both those occasions. However, while defending in excess of 200, Bangladesh won five out of five in 2018. 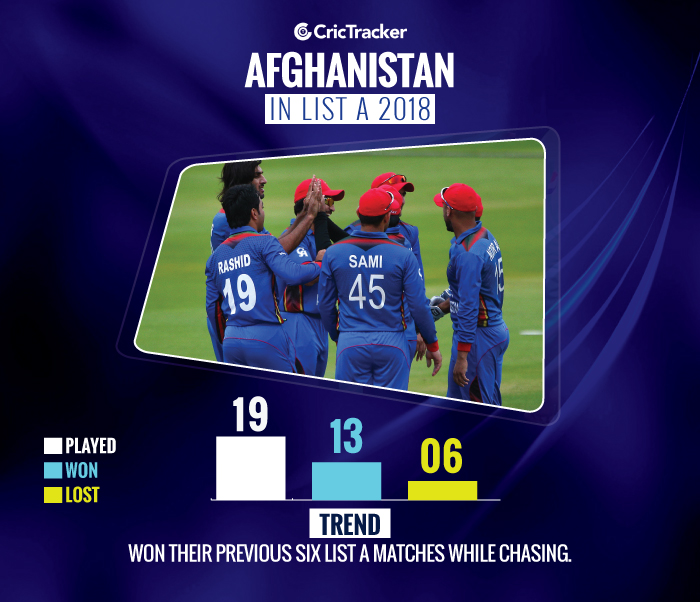 Just like Bangladesh, the Afghans also prefer to bat first after winning the toss given their mystery spinners who can demolish any batting lineup. However, the loss against Pakistan was a reality check for Afghanistan as the 30 overs coming from the bowlers other than Mujeeb ur Rahman and Rashid Khan cost them the game.

They might not change their strategy of batting first but if they lose the toss, they will be chasing as Bangladesh also prefer to bat first after winning the toss. However, unlike Bangladesh, Afghans have a good chasing record recently. In each of the last five ODI matches where Afghanistan lost the toss, they were invited to bowl first. Afghanistan later chased down the targets in all those five games.