Mitchell Marsh is expected to shine in this match.

Australia-A will take on England Lions in the Only Unofficial Test which will start from Thursday. Australia A are a pretty strong unit with the likes of Mitchell Marsh, Josh Inglis, and Sean Abbott. They have got all the capability of beating the England Lions. They need to use this opportunity for the maximum extent as performances matter a lot for those who will be eyeing a spot in the main Australian squad. Usman Khawaja, Mitchell Swepson, and Michael Neser who failed to make it to the starting XI against England will feature in this match.

England Lions, on the other hand, have already played two matches against England and both of them ended in a disappointing draw due to rain. They have got quality players in their lineup with the likes of Harry Brook, Ben Foakes, and Saqib Mahmood.

We can expect a balanced surface for this match. Usually, the wickets in Australia tend to assist the quicks and we can expect a lot of swing and seam movement here as well. The wicket isn’t going to change much and batting first is a good option.

Mitchell Marsh had a great run in the shortest format of the game this year and now it’s time for him to concentrate on the longest format. He has scored 5256 runs and picked up 161 wickets in his first-class career.

Josh Inglis has a point to prove here, that he can be the best suit for the wicketkeeping role in the longest format. He has 2246 runs to his name in his first-class career.

Harry Brook has scored runs across all formats in the domestic circuit this year. The 22-year-old Yorkshire batter has mustered 2082 runs in his first-class cricket at an average of 28.13.

Saqib Mahmood has the ability to clock 140 plus consistently. He has picked up 70 wickets in 24 first-class matches with the best figures of 5 for 47 in an innings.

AU-A vs EN-A Must Picks for Dream11 Fantasy Cricket: 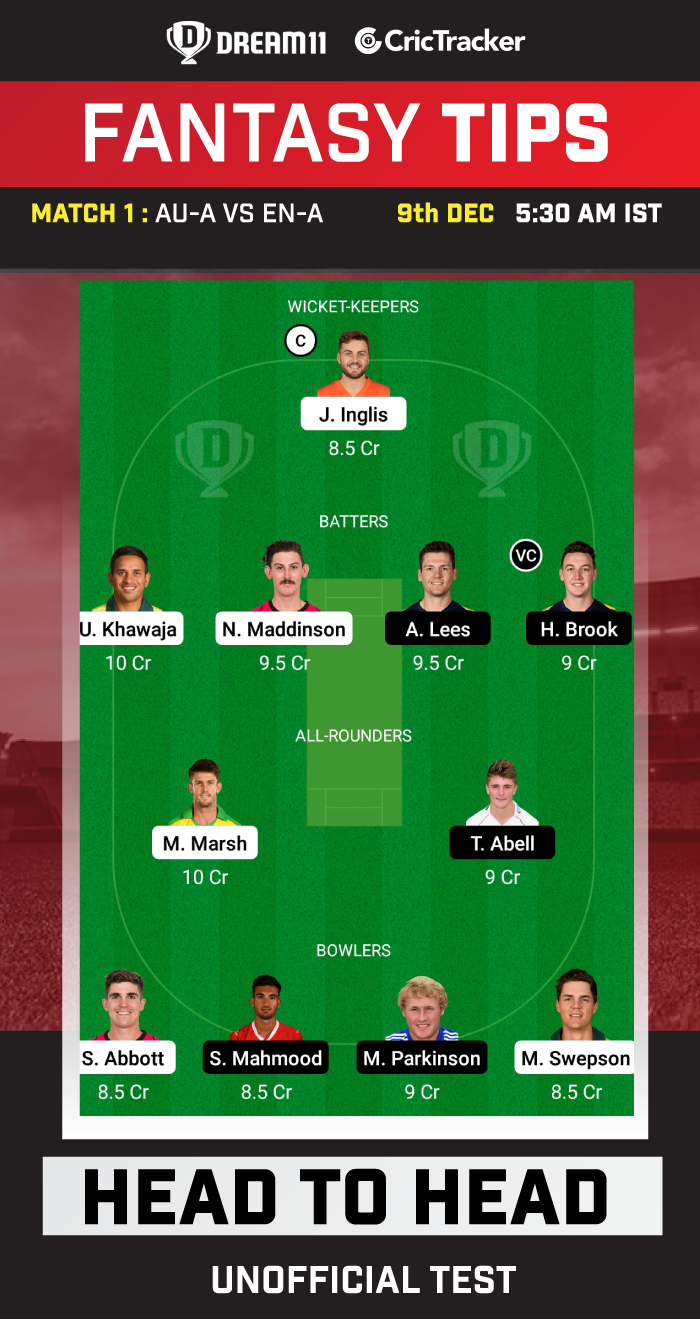 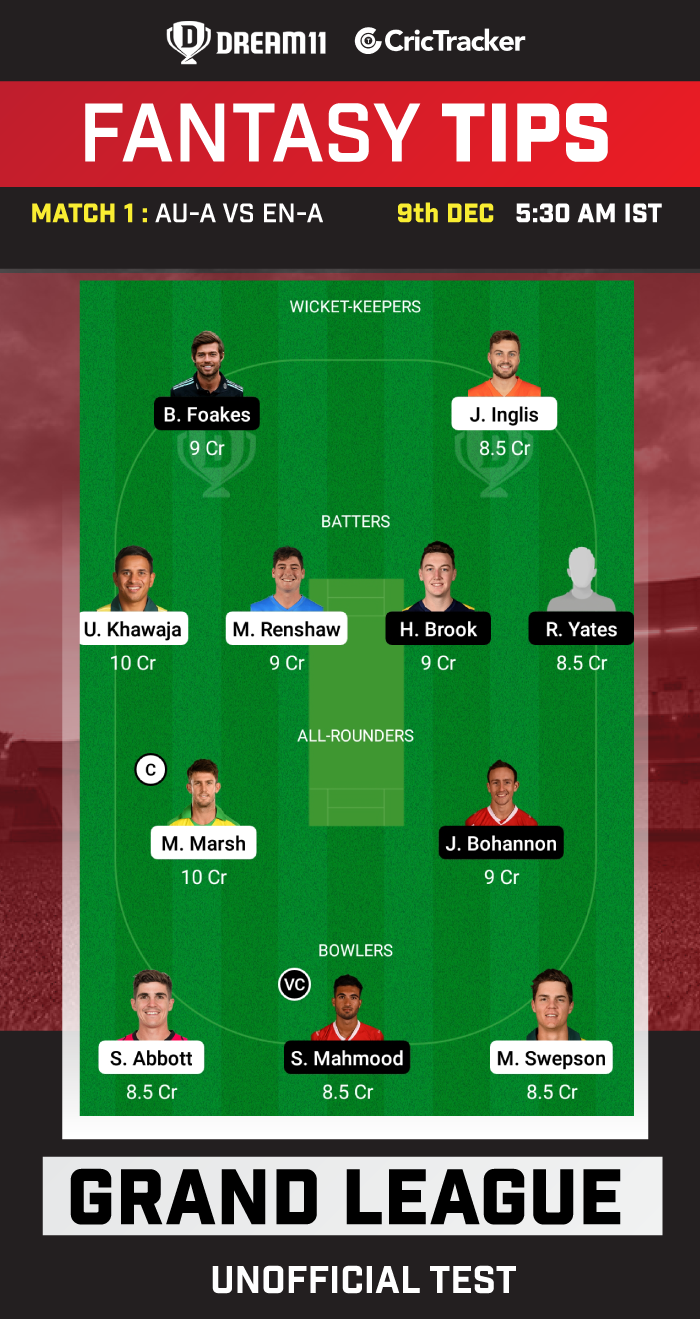 Usman Khawaja is an elegant batter who is making a comeback into the Australian squad. It’s worth a risk and you can pick him as your fantasy team skipper.

It’s not an ideal surface for the spinners, and hence, it’s better to avoid Mason Crane while making your fantasy teams.