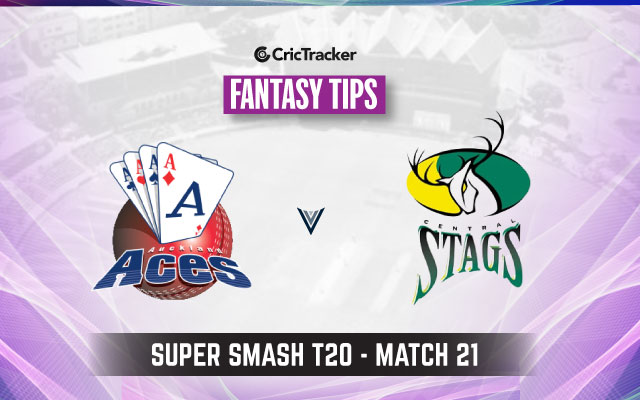 The 21st match of the Super Smash 2020-21 will be played between Auckland Aces and Central Stags at the Eden Park Outer Oval, Auckland.

The 21st match of the ongoing Super Smash will be played between the Auckland Aces and Central Stags. The Aces haven’t won even a single game so far in six outings and have been knocked out of the tournament. On the other hand, the Stags are sitting pretty at the second spot with five wins in seven matches and if they win this match, they have every chance of taking the top spot in the points table.

The weather in Auckland will be cloudy but there are no chances whatsoever of rain. The temperature will be in the early 20s during the match.

The surface at the Eden Park Outer Oval is very good for batting and the teams have been successful chasing the total at this venue. Expect the team winning the toss to bowl first.

Sean Solia has been in brilliant form with 183 runs to his name at an SR of 124.48. Mark Chapman has played only in a solitary game so far but looked impressive during his 13-ball 25. Ross Taylor has scored 58 runs in two matches. George Worker is the highest run-getter having amassed 351 at an average of over 50 and a strike-rate of 147.32 while Will Young is also a great option to become a top pick. 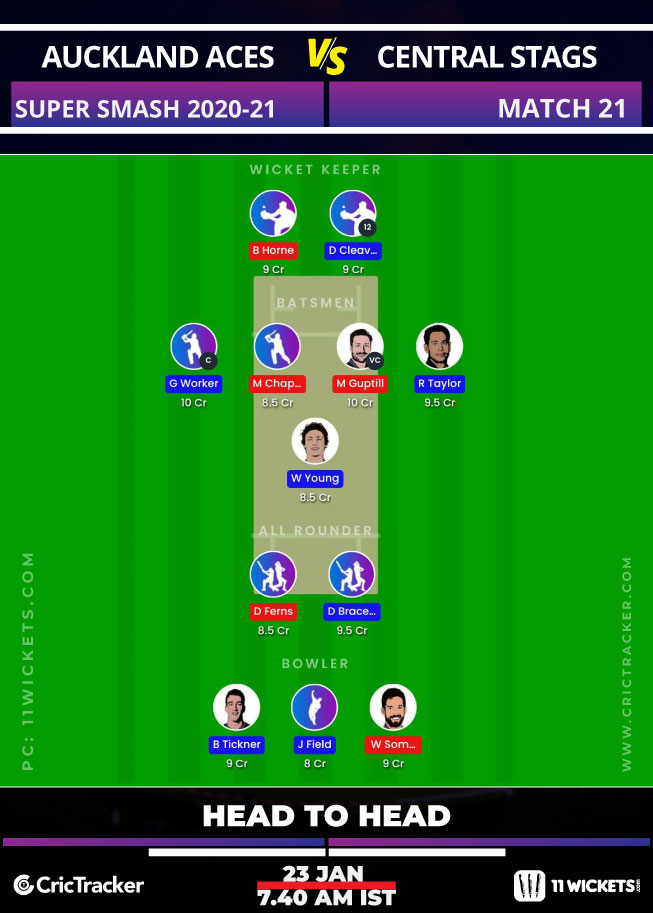 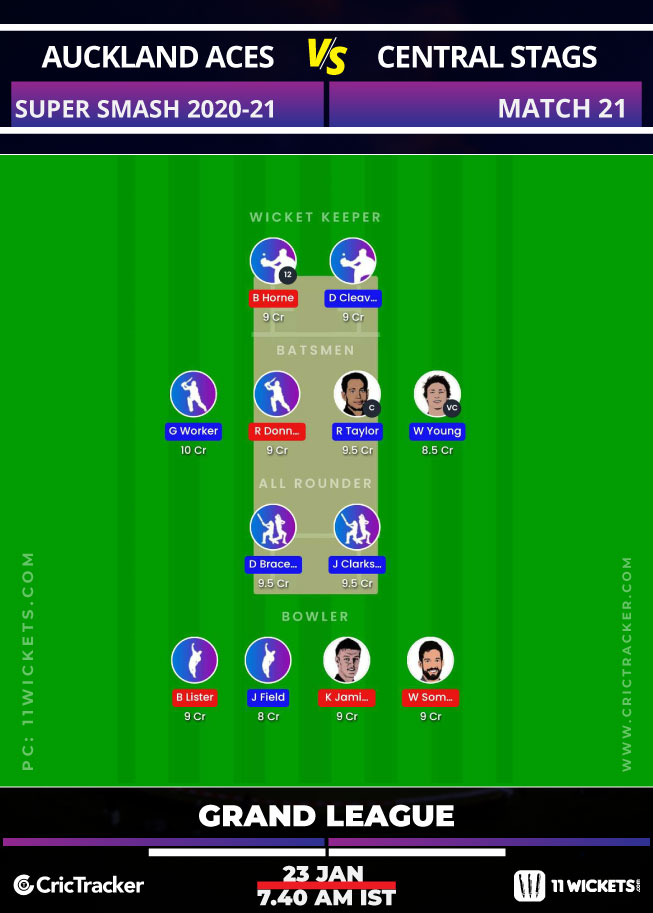 George Worker has been pretty consistent this season and he can be made captain of your Fantasy teams.