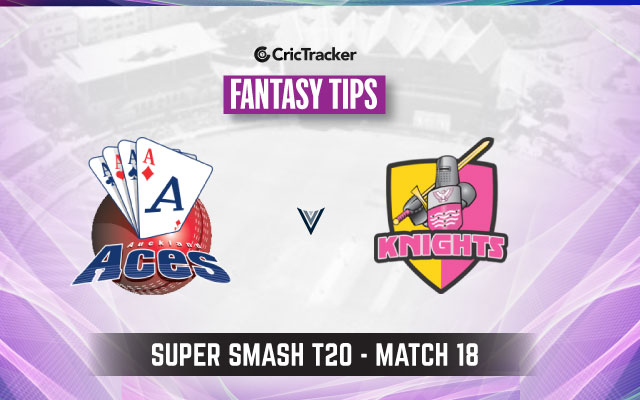 The 18th match of the Super Smash 2020-21 will be played between the Auckland Aces and Northern Knights at the Eden Park Outer Oval, Auckland on Sunday

The 18th match of the Super Smash 2020-21 season will see the Auckland Aces host the Northern Knights on Sunday. The New Zealand regulars like Tim Southee, Martin Guptill, Kyle Jamieson, Trent Boult, and Colin de Grandhomme are set to play this encounter for their respective teams and it is expected to be a cracker of a game. Both the teams are struggling at the moment and the inclusion of national players will only help their cause.

AUC vs NOR Weather Report for Match 18:

The weather forecast is not encouraging with scattered thunderstorms predicted. There is a 32% chance of rain on match day.

The surface at the venue is very much batting friendly and will remain true to its nature throughout. The team chasing will have an upperhand.

AUC vs NOR Top Picks for Today’s 11Wickets Match:

Anton Devcich has scored 203 runs so far at an impeccable strike-rate of 172.03. Tim Seifert has scored his runs only at an SR of 109.52 but has been consistent throughout. Tim Southee picked up four wickets in the T20I he played against Pakistan. Sean Solia is the leading run-getter for the Aces with 173 runs to his name in five innings and has been striking at 127.20.

Suggested Playing XI No.1 for AUC vs NOR 11Wickets Fantasy Cricket: 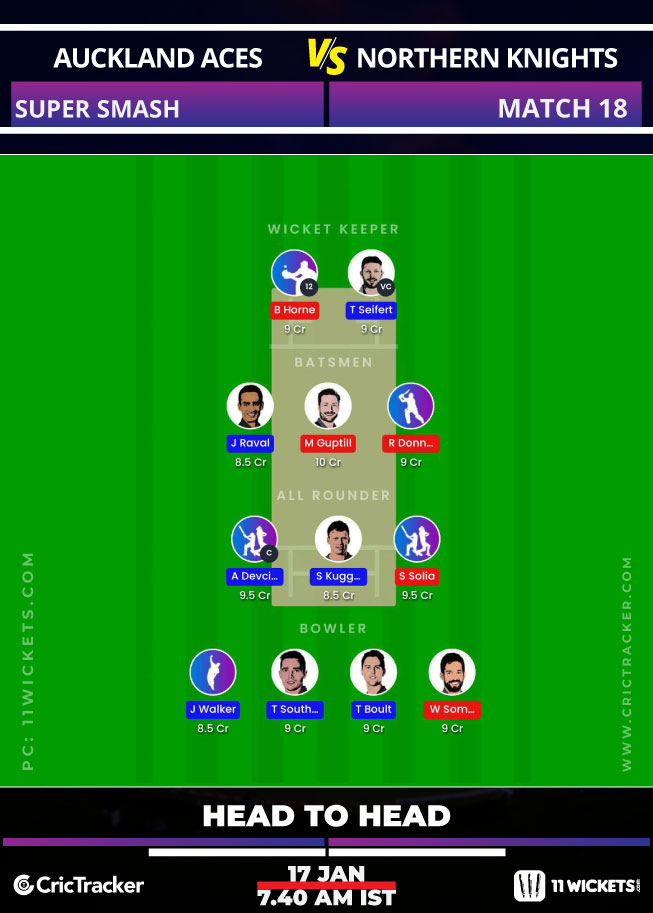 Suggested Playing XI No.2 for AUC vs NOR 11Wickets Fantasy Cricket: 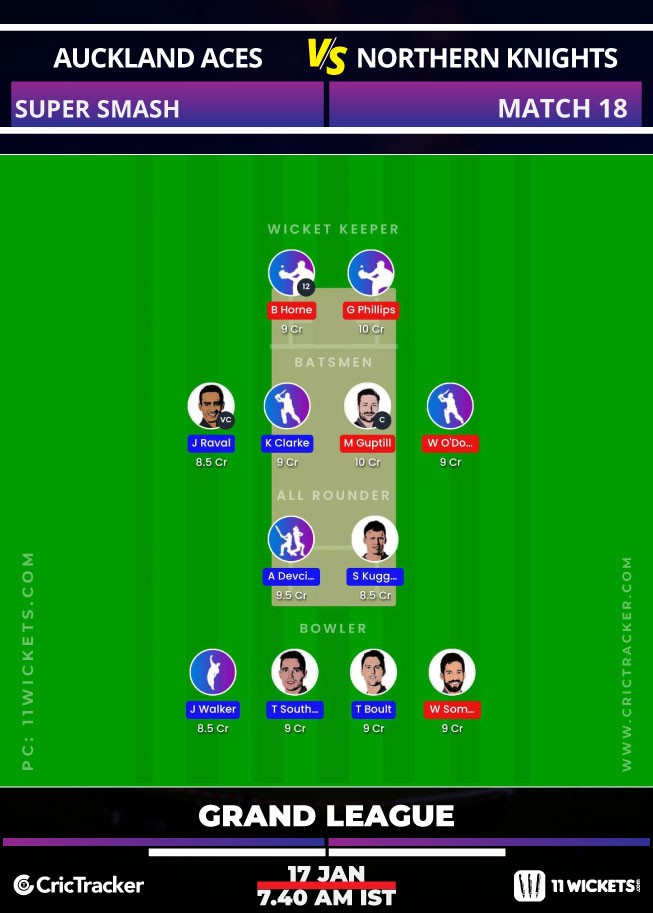 Kyle Jamieson and Colin de Grandhomme are set to play but their names haven’t been added yet in 11Wickets Fantasy. If added, you can pick them in your team.

Today’s AUC vs NOR Probable Winners: