Melissa Banks can be a good pick for this match.

Auckland Hearts Women and Canterbury Magicians Women will lock horns with each other for the Match 20 of the New Zealand Women’s T20. The former lost their last game against Otago by 45 runs. Whilst chasing a total of 154 runs, they were wrapped up at just 108 runs. They find themselves in the fourth position of the points table with two victories from four matches.

Canterbury Magicians Women, on the other hand, emerged triumphant against Central Women by five-wicket in the previous match. They restricted the opposition to 112 runs and chased down the total comfortably. They are placed at the third position of the points table with three wins from six matches.

The pitch is expected to assist the batters. The spinners might prove lethal in the middle overs.

Also Read: ‘BCCI will do everything to restart the domestic season’ – Sourav Ganguly on Ranji Trophy 2022 being put on hold

Katie Perkins is currently the highest run-getter of the side. From five matches, she has chipped in 98 runs in the mega event so far. She can be a good pick for this match.

Skipper Frances Mackay is one of the pivotal cogs of Canterbury’s wheel. She has scored 160 runs from six matches in the tournament so far at an average of 40.00. She will be determined to make a larger impact on the game.

Melissa Banks is the other player who can be a good pick for this contest. She picked up two wickets in the last match. In the league so far she has clinched nine wickets from six matches at a healthy economy rate.

Suggested Playing XI No.1 for AUC-W vs CAN-W11Wickets Fantasy Cricket 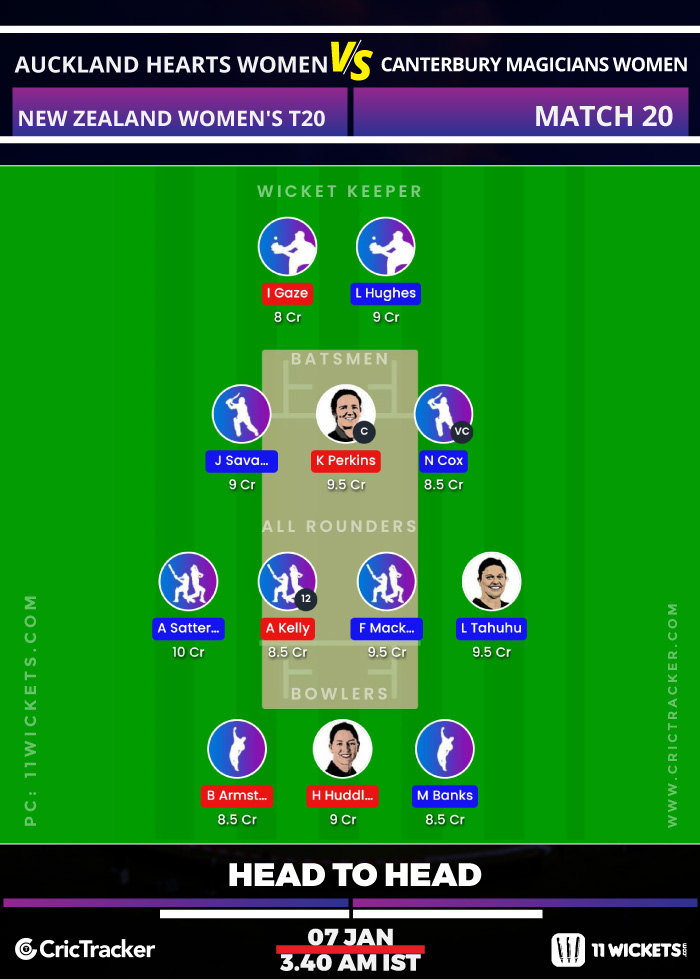 Suggested Playing XI No.2 for AUC-W vs CAN-W11Wickets Fantasy Cricket 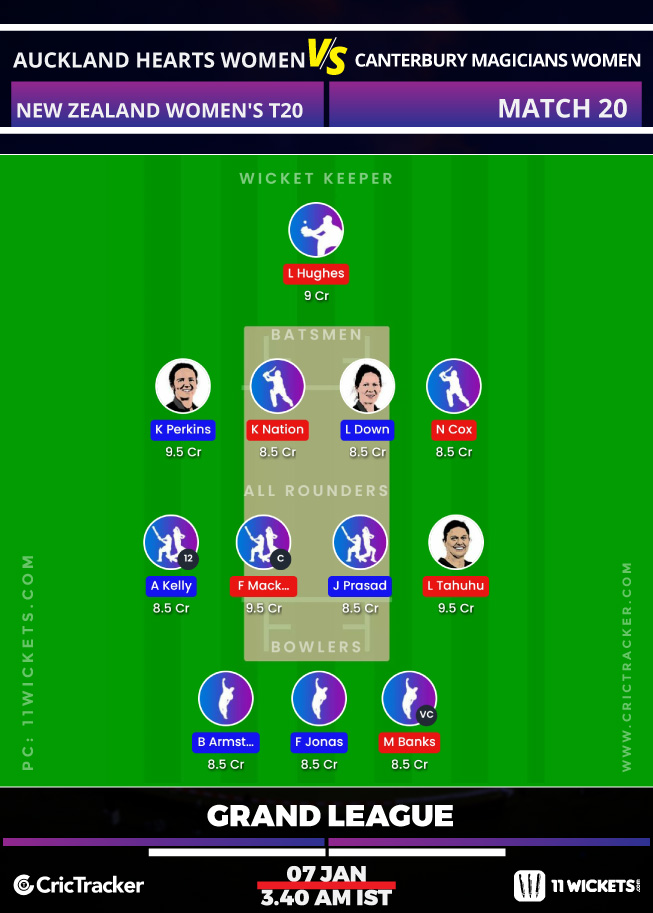